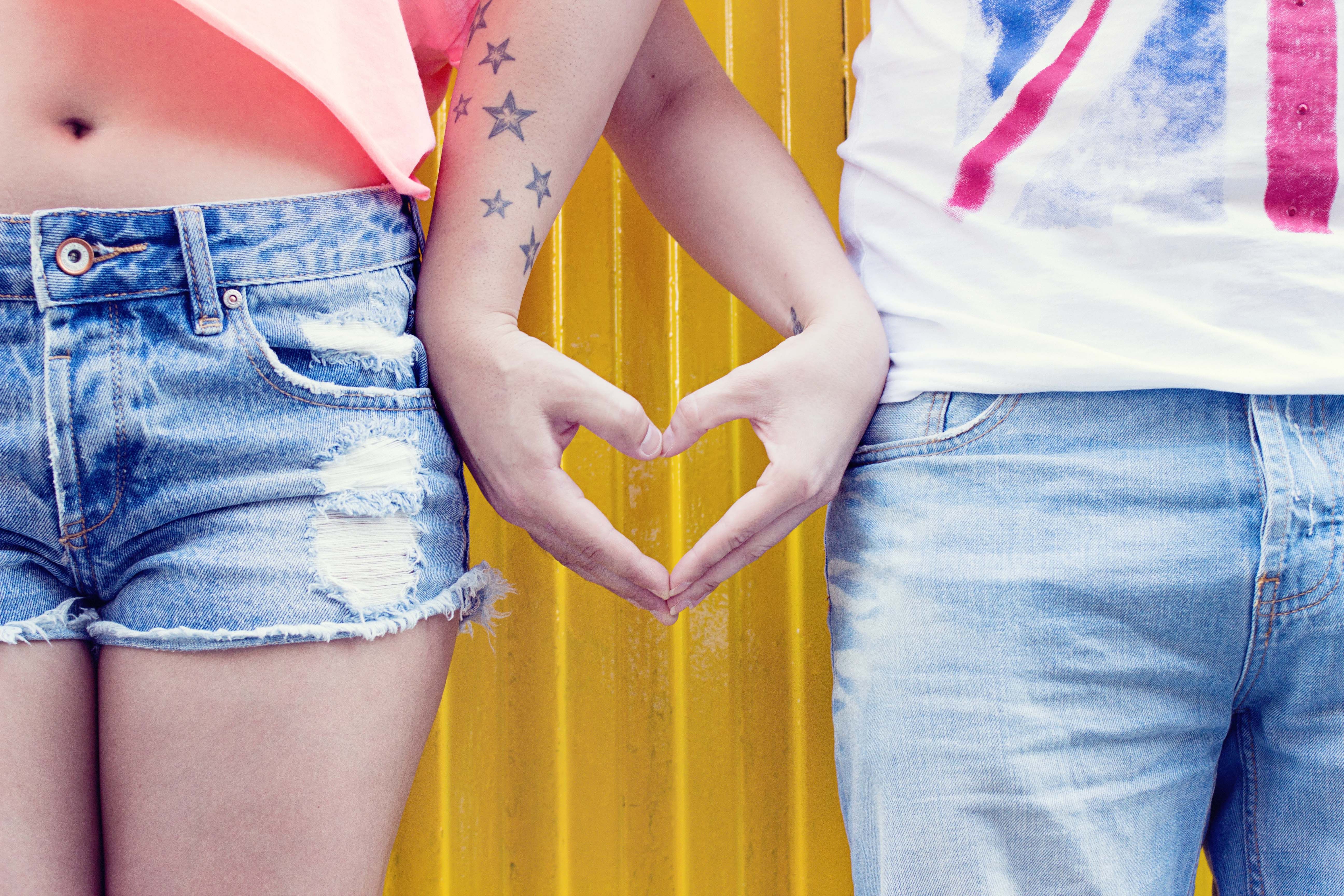 I hate dating. One of the main reasons is because I hate spending time with a person I have nothing in common with. I don't hate people who are different nor I think they should be just like me, but if I'd have to choose between staying inside and admiring my ceiling and going out with someone I know nothing about or I have nothing in common with, I'd always choose the ceiling.

The interesting thing is that I see more and more people doing the exact opposite, going on dates with complete strangers, people they don't really know and forming couples with man or women they know almost nothing about.

I don't say this is always wrong, but I do believe it can be done better. Here's my personal opinion about how people should get into relationships - find a person you like, spend a lot of time with that person, get to know him or her, know his or her good AND bad parts, see the way they behave with others and then decide what to do next.

I keep meeting people who are in relationships and break up after a few weeks or a few months because the person they thought to be "the one" turned out the be another "jerk" or another "bitch" that either cheated on them or behaved so badly that just wasn't worth spending time around them.

All this can always be avoided if you just take the time to know a person, if you just become friends before becoming lovers. We live in a society that made us all believe that having relationships is not a nice thing to have any more, but a must. You need to have someone, otherwise people will feel bad for you or will even laugh at your loneliness.

According to most people out there, if you don't have a girlfriend or boyfriend until a certain age it means there's something wrong with you. It doesn't matter if you have other objectives or that you're just not interested in having a relationship. You're just weird and people don't like you, that's why you don't have someone in your life.

This kind of attitude towards love and relationships made people choose all kind of partners not because they have to, but because they just want someone in their life. That's completely okay, but when you rush things and you choose whatever person you see on the street that talked to you for more than two days, then you're doing it wrong.

A long time ago not having a husband or wife was considered to be a really bad thing, but relationships lasted back then, because it wasn't always about love. Sometimes it was about benefits and interests, while sometimes the two people just wanted a family and they chose whoever was in their path.

It's not how it works any more and you actually have the chance to choose someone you like, someone you can happily live with. However, that will never happen if you rush and if you don't spend enough time knowing someone.

If you look around you, you'll see all kind of people breaking up or even divorcing because their partner is not what they initially thought. They spent one week talking, one year being together and they want to marry him or her. What? Why? You cannot get to know a person in a year.

I personally consider that you need at least three years to truly know someone. I've seen too many people breaking up after around three years, because that's when they actually started knowing each other and they realized they have nothing in common and that they fight more than they have fun.

You can see all kind of marriages where people are miserable because after a long period of time they realize they are completely different people that have nothing in common and no matter how much they try, things are not working. They rushed things, and now they have to destroy everything.

Take your time, meet people, spend months or even years around them without having a relationship and only when you feel like you know the other person really, really, REALLY well, then maybe make a move and try to get more out of what you two already have. Make sure you know the good and the bad things about the other person, because nobody's perfect, and until you know the bad side of the guy or girl you like, you shouldn't try to be together. Out of all the relationships I had, the best ones were with girls I knew for a while, girls that I liked after seeing their bad side, girls I had a lot of fun with. I didn't see them as only my girlfriends, but as my friends before anything, and our relationship wasn't the type of "we are in love, and we're also friends", but "we're best friends, but we also love each other".

That's the most important thing in a relationship and that's what you should strive for. You can't find the perfect man or woman if you just rush things and never get to really know someone. If you just pick whatever person you meet, there's no surprise you will have a lot of bad relationships.

Stop rushing, start meeting people and be friends with them for a long time before going anywhere else. If you like him or her even after seeing their bad sides, then go ahead, if not, then just stop trying to have a relationship with that person and move on. There are so many great people in this world that it's just not worth sacrificing years from your life for bad relationships.

You will not be able to meet someone if you do not go out for a date. It is good to talk to someone with whom you have nothing in common because you have the opportunity to know something interesting from those people. Don't you know that the extremes are attracting?

I didn't say dates are evil, but they are not the only way of meeting new people, especially emotionally. Unlike a long time ago, these days we have many more activities that we can do with people we want to know better that do not involve dating.

It may work for you, if that's what you're interested in, but personally I would love to not spend any amount of time with a person hoping and praying that we have something in common. I would rather find out a few things about the person I am interested in and only then maybe have a date.

However, I will always choose to talk to a person for days or even weeks about all kind of subjects before even considering to go on a date, in order to make sure we have a few subjects we can discuss when we're on the actual date.

For you it may be different, and you may be able to get great relationships from dating new people you don't know a lot about, but for me and a lot of people I met, it works better if we just get to know the other person before actually get involved emotionally.