I lost my partner but my parents lost their son.

I never loved dogs initially, I started loving them as I grew. This is not a usual story of some next door dog. He was special, he was like an elder brother. Though he has to go, I never understood why dogs have less lifespan than humans. They are loyal, humble, lovable, adorable, protective, caring and still having all the good qualities compare to humans, they have to leave after some years. If I had the power of changing the nature, I would rather make the dog life longer than humans. 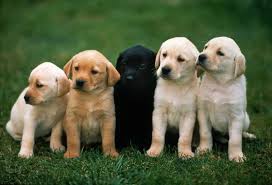 He was already a part of my family when I entered this world. In Initial days, I cried a lot when he was around. My mother used to feed me and he used to stare us with his tongue lolling out. As I grew up, I could sense my parent's biased nature against me. He always got food and drinks before I was asked. He got the freedom to run around the house without clothes. And above all, he was free to pee/poop anywhere and my parents would clean happily. Once I drizzled on the floor and got thrashed for my absurd behavior. He stood there waving his tail in celebration while I laughed at myself. I changed after that day, I became his friend and accepted his presence in our family. We played all day, running in the park, bullying other kids. He was competitive by nature and wanted to win among other ones when it comes to fetching the ball. Our partnership became strong as we played, laughed, danced, and did mischievous things over the years. Yesterday he ran outside the house and didn't come back for more than an hour. It was an unusual behavior, so I ran down to look out for him. After finding him in nearby areas, I finally located him near the gate of the park under the shadow of the tree. He was hit by a local bus that has a stop outside the park. He lied down, face parallel to the floor.
His legs quivering in pain. Tears flowing down from the right eye as the left drifted blood.
His furry little body was draped in red fluid. A minute later he saw me his tail stopped wagging. His stare said unheard words loudly. "

I lost my partner but my parents lost their son.

i experienced something similar. very sad...