Finally liberated from Sony Pictures after a failed attempt at a reboot, the aptly named "Homecoming" was recently released. I'd like to say a few things about it. I'll start with some general comments on the MCU in general, and then move on to some spoilers concerning the movie itself. This is a mess, but that's kind of the point https://www.reddit.com/r/marvelstudios/comments/2uakun/mcu_infographic_empire_magazine/

I really enjoyed Iron Man as I'm sure many of you have (at least those that have seen it). The sequels weren't up to the original, but it was good enough to kickstart this new era of film making. Comic Book movies have been around a while, going back to the original Superman movies of the Christopher Reeves year, through the various Batmans, and yeah, even to Tobey Maguire's Spiderman.

However, it wasn't until the MCU where decades-long story arcs were planned out. This is something that is now being replicated by the Star Wars films (also under Disney) with some success, and, Wonder Women aside, less success (at least critically) by DC. 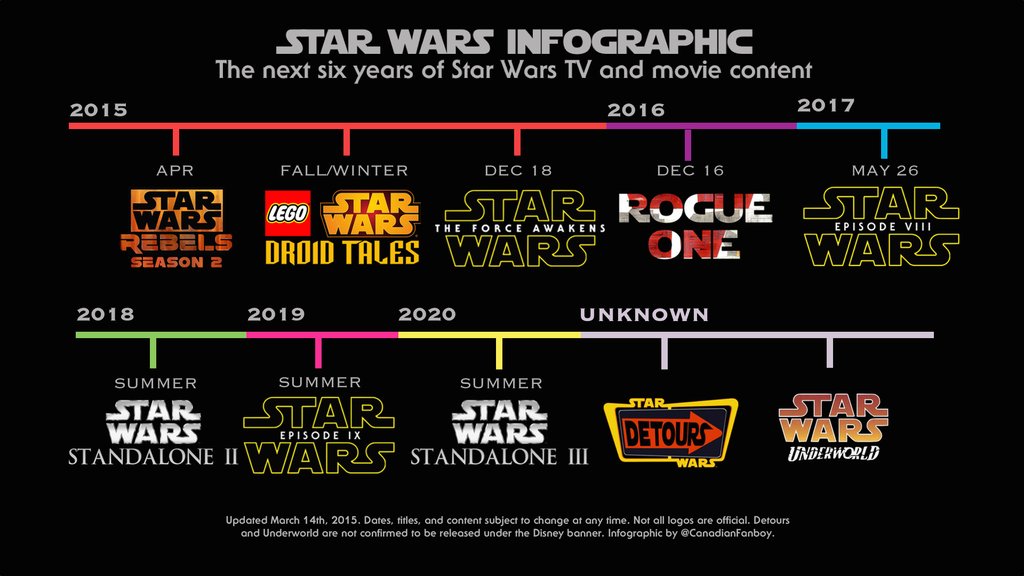 Not really official, but hopefully you get the idea

To stick with the MCU, you generally have to commit yourself to watching and/or reading up on all sorts of lore. This is a benefit to many people, who find the engagement enriching in it's own right. With that being said, I found Homecoming to delightful as a standalone film. Obviously there are strong connections to the rest of the MCU, but those don't weigh very heavy on the overall story. This is a movie about an enthusiastic kid trying to prove he can hang with the heavy hitters, while at the same time juggling life as a Teenager. This was something that Tobey Mcquire could never really pull off (he looked like he was in his 20s), but Tom Holland accomplished with some humor and geeky charm.

This isn't a story set on a cosmic scale. No globetrotting (well, they do visit D.C. at one point), no high-level government power plays. This aspect was a really refreshing departure from what is generally seen in the rest of the MCU films, even in many of the other "origin" story. By the way, on the origin part, I'm really happy to report that they basically skipped any detailed explanation of how Peter came to have his powers. Literally a couple throwaway lines. We've seen it before, was nice to not see it rehashed once again.

The film was a nice mix of Deadpool / Guardians, lots of neon colors, irreverent humor. A lack of self-seriousness that can be sorely lacking in some of the earlier movies. Homecoming had it's heavy moments, but it never really lingered. We always came back to the self-aware "I barely know what I'm doing and I'm scared shitless" Peter Parker, which plays a nice contrast to what we've come to expect in this films.

So, with that being said, I'd like to go into detail into the plot. If you can't tell from what I've written so far, I heavily recommend this movie. So check it out, let me know what you think. what are you looking at

As I mentioned earlier, I really enjoyed Homecoming. Often I find these superhero movies to be bogged down with strange plots. Thing slammed together irrationally for "reasons." Vague reasons, where often the real reason is that they have key plot points to connect to each other.

Homecoming seemed very natural to me. Michael Keaton's "Vulture" had a concise and reasonable origin story spelled out between Sony's and Marvel's title cards. He was yet another casualty of the devastation seen in the earlier films. Lead in a cleanup crew salvaging what was left following the devastation in New York, he was savagely pushed aside by "Damage Control," a Stark influenced government agency monopolizing the trade he bet the farm on.

In this way, "Damage Control" prompted more damage, as Keaton's character turned himself and his crew to stealing and building out this tech, selling as weapons to black market players. This served as the main overt conflict in the movie. Peter becomes aware of the increasingly dangerous weapons, the first conflict with which destroyed his favorite bodega. So, in this way:

This leads to one of the big set pieces of the movie as Peter attempts to stop an arms sale on a ferry. Once again, this leads to the weapons getting out of control, literally cutting the ship in half. Peter is 98% successful in tying the ship back together, but as the threads start snapping and Peter pulls a "hold the ship together Jesus style" last ditch effort, Stark comes in Deus Ex Iron Man and saves the day, afterwards abrading Peter for the damage he wrought.

As I've outlined, you could really trace this "damage" back to Vulture and his crew, or Damage Control, or Loki, or the Avengers. At every turn, large events happen, and the screaming and innocent bystanders pay the price. It's fun to watch The Hulk smash around on buildings, but the day after, someone has to come in and clean up.

This is made particularly clear in one sequence where Peter is rampaging through the suburb surround Liz's house. He's tearing off shingles from houses as he's running; putting dents in gutters; destroying sheds; ruining backyard tent sleepovers. Overall it's very funny, but I couldn't help thinking about all the homeowners that wake up the next morning and wonder what-the-hell kinda bull just went wild in their neighborhood.

It might get old after a while, but I find this very interesting. Like, these conflicts have some real world impacts, and it's nice seeing that reflected within the continuity itself. One most wonder how Infinity Wars will play out in this regard.

The Guy in the Chair 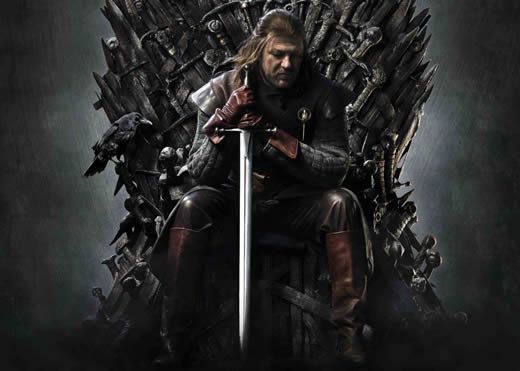 Perhaps my favorite part of the movie was Ned, The Guy in the Chair. The perfect sidekick, Jacob Batalon had great chemistry with Holland. It was surprising that Ned would eventually play the role of "The Guy in the Chair," offering remote support to Peter. This only seemed possible while Spiderman was denied his A.I. imbued suit, as Karen was otherwise "The Gal in the Suit," but while it lasted, it was great.

Ned worked great as an instigator for a lot of the highschool-based action. Given Peter's low status in school, I felt a desire for him to just give in, and pull out the Spiderman outfit. We can probably all sympathize with that, and Ned certainly did. In the same way that Peter was stardazed by the Avengers, Ned was slackjawed at realizing Peter was Spiderman. Although it cost a nearly completed Lego Death Start, that initial reveal was worth it. Oh, and I can't be the only one that went straight to this once Ned donned that fedora. A scraggly neckbeard would have completed the look. 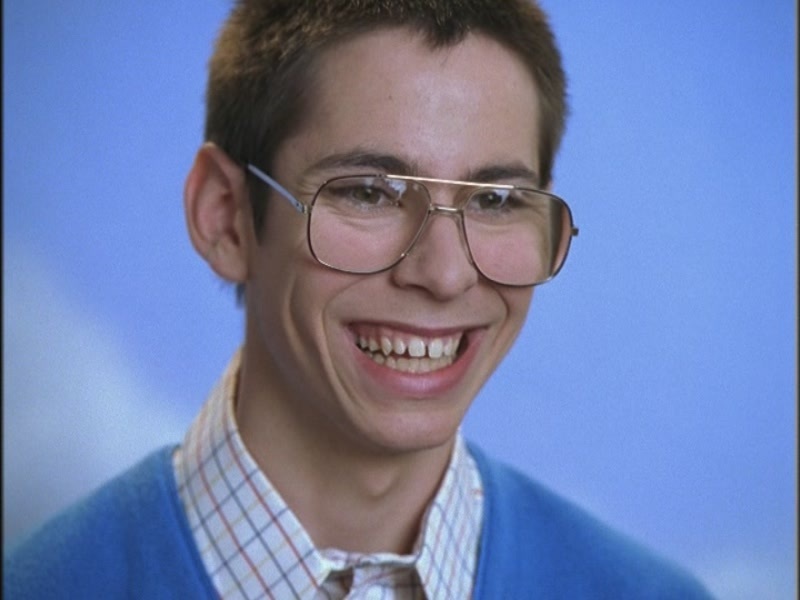 Not much to say here, just was happy to see Martin Starr. This guy is great.

Really, I can't think of a Marvel film I enjoyed more than this one. Really nice mix of action, humor, and Spiderman is just so freaking cool. What'd you think?

Thanks for your review! Totally agree with you!

With the arrival of civil war and when the spidy stole the show in that movie, i knew that a standalone movie will be a blast on the box office, lets see how will this perform on the box office @mattuebel

This is one well thought out and written review!

I hope they will have a duo of spiderman and deadpool. It will be a one hell of a movie. Both will do well with great actors and story line.

Since were talking about Marvel, is it okay to suggest comments about the new deadpool 2 movie? The first one was kinda good, but kinda perverted. I hope the second one is better. Any Marvel film is worth seeing. Good Review, odd pictures though.

Sure. Yeah, Marvel is putting out some great stuff.

Sorry, but it's Spider-Man. Always hyphenated, please. Otherwise, great review. I enjoyed this one as well although I thought all the cameos were a bit distracting.

Hah! Yeah, I think you're right. My bad heh.

Thanks for the review, I am waiting to watch that movie my friends. Just waiting for their free time

So a couple things I wish people would comment more on:

But in general, great comments everyone. Thanks :D

please anyone here who will like to share advice and opinion on sex education? there is a move we plan to make and we will appreciate advice, opinion and instructions. please feel free to share your view on this
https://steemit.com/sex/@outhori5ed/sex-education-by-ogunleye-dele-victor

@mattuebel. I am sorry I disturbed your post but please in such an issue give a warning first instead of downvote. I am very sorry