Don't Be Lazy, Take Advantage of Opportunities, Get Rid of Your 'POOR' Mindset 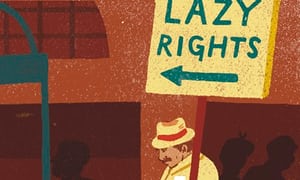 Unpopular Opinion: I hate people who have the 'poor' mindset.

I not only oppose government welfare, I oppose private welfare. You'd be better off burning your money than giving it to a person who lacks the drive to provide themselves opportunities. At least burning it would provide you some heat.

For the last 9 years, I've been living with poor people. Why? I rent out the spare room in my home, because I'm extroverted and like having some extra spending cash. Every single one of them has been lazy and stupid.

I recall one had tickets to Lollapalooza. She paid $50 each for them. They were selling for $300 each on StubHub. Her boss wouldn't give her the day off. What'd she do? Well, not the smart thing, which is go to work and sell the tickets. Nope, she calls in sick! Yeah, I'm sure that won't be remembered come raise or layoff time.

Another had to borrow money from me every year for his girlfriend's birthday. Same girlfriend. Three years in a row.
Sure, he always paid it back promptly, but seriously.... It happens on the same day every year!

My current tenant is two months behind on rent. I offered to knock off $150 if he raked the leaves and cleaned the gutters (a $60 value). Guess what hasn't happened a month later? Guess who won't be making any more generous offers of work in lieu of rent? (Seriously, if you're looking to hire anyone in the Lake Worth area, check with me first to make sure you don't hire the guy.)

He's a tow truck driver, who gets paid on commission (using his bosses equipment). He was complaining about not getting paid to be on call. I suggested he should go to his boss and ask how he could be of greater use to his boss.
Explain to his boss he wants to make more money, but he understands he needs to provide value to his boss, so he is respectfully asking his boss for help in becoming a more useful employee. He looked at me like I had grown two heads. Then he went into a screed about how it isn't fair he doesn't get paid by the hour (even though his boss only gets paid a flat rate per tow).

No matter how much you help these people, they will always be poor. They squander every opportunity you give them, ignore any advice you give them, and only ever think of their own short term pleasure. We should do away with all forms of charity, with the possible exception of work internships. Work opportunities will separate the wheat from the chafe. Let the rest die face down in the gutter. At least then we'd get soap and glue when we rendered down their bodies. (There's a touch of sarcasm in this paragraph... you know, for effect)

Now, if you'll excuse me, I'm going to go stand on my porch and yell at children to get off my lawn. Even broke, I worked in exchange for a room.
And, I have tried to help so many poor.

Even this guy, who needs to move his money from australia to the states, but he won't turn it into bitcoin, cause it might go down, and he can't risk that. And he knows technical analysis, so he could easily read the charts... but he is broke, and doesn't want to work. (and buys lottery tickets)

Anyway, I am still a kind and caring guy. But, I am sure that a few more times trying to help the poor, I will be...

< snowflake shouts > "But what about the poor?"

And I will respond, "fuck the poor."

Totally agree, the best form of charity for these rough people is work, you do not give them money or objects, but opportunities, and if they wish to progress then they will.

In Venezuela, these people, who unfortunately represent an important part of the population, are called people with the "rancho" in their heads. The "ranchos" are those small four-walled houses like those of the favelas in Brazil, and they represent all the vices of Latin American societies, places where people don't think about progressing but about the easy life, and these are the people who usually end up voting for socialist governments to receive subsidies.