There are actually three types of heterochromia for eyes.I found rocks that match it 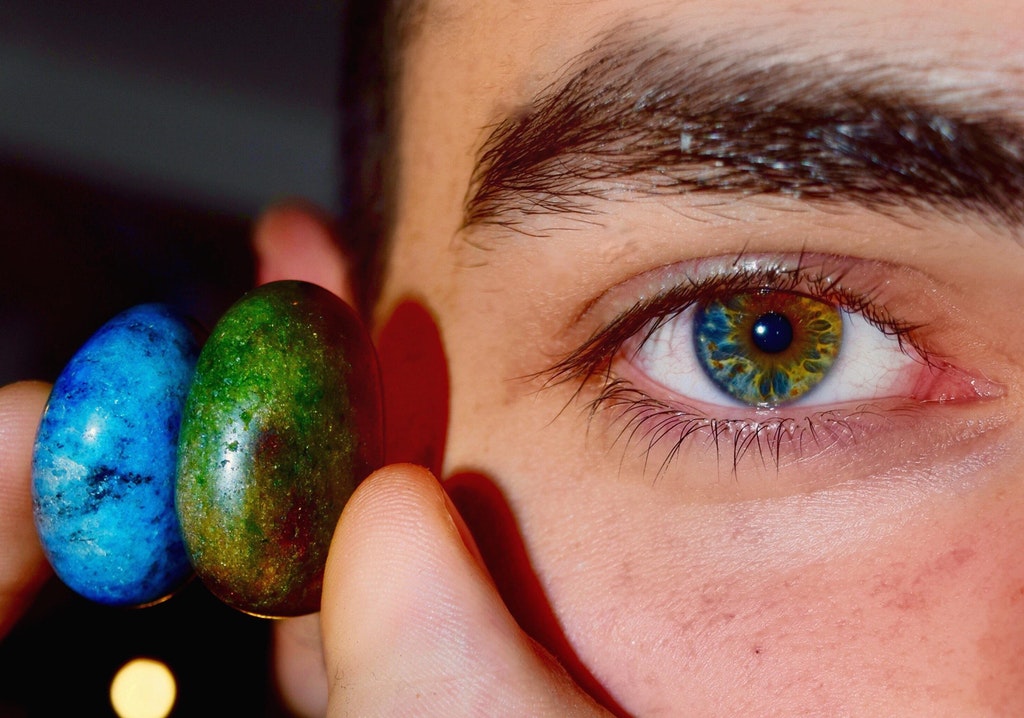 There are actually three types of heterochromia for eyes: there is sectional, which is pictured in the post, central - which is where there is a halo of color in the center of the iris and the outer part is the true color, and complete - which one eye is colored different than the other.
I have central heterochromia myself, ever really thought much of it, but it looks cool

My Story
I knew a girl in high school whose pupil kinda leaked out of where it should be and through her iris. It was the same kinda deal where it was hard not to feel like you were staring at it even though it's pretty standard to look someone in the eyes
The best way I can think to illustrate is regular eye vs her eye
Edit: I just looked it up, it's called Coloboma. Here's a picture I found on google. It's not as yucky as the egg analogy may have made it sound

Welcome to Steem Community @dkmilon! As a gentle reminder, please keep your master password safe. The best practise is to use your private posting key to login to Steemit when posting; and the private active key for wallet related transactions.