The Green March .. The genius of a king and the pride of a people 
On Sunday, November 6, 2016, the 41st anniversary of the glorious Green March was commemorated as a renewed annual calendar to highlight the commitment of the Moroccan people to defend their just national causes. This station is not only a moment to restore memory and symbolic history, it is a moral boost to further construction, development and consolidation of the needs of modernization and reform of the March, as the anniversary of the triumphant green march is a moment of strong to evoke glories, which will remain carved gold ink in the living memory of the record of Morocco, which continues his career Blessed by the ways of progress and prosperity under the wise direction of Sa Majesty King Mohammed VI. Moroccans are perpetuating this glorious event, which is a function of the profound implications and signals of a historic station event dating from the luminous pages of the Moroccan struggle led by the predecessor, and completed the return to the process of achieving complete territorial integrity, evoking a multitude of higher values ​​and meanings of the sublime as, inspired emerging and new generations of Okabbasha walked in the present and the future, support, said that Morocco again, and enhance the prestige of radiation and the leading role among nations and peoples, they invoke the values ​​of patriotism and good citizenship spoken by the National Wrestling Championships for the defense of religious and constant sanctities National and historical elements, and inspired by the lessons and continue through the current marches and future sponsored by King Mohammed VI from Morocco to build a democratic, progressive and united society, where his family enjoys the grace of security, stability, tranquility and life worthy of Tangier in Lagouira.
On this day of 1975,The masses of Moroccan and national flags, armed with the power of faith and the firm desire to revive the bond with their brothers in the Moroccan Sahara, have launched a campaign of volunteers from all walks of life in Morocco, where the Green March has reached its goal. , and hit its share the ultimate goal, and recalled Morocco and the unity of its historic territory usually, entered the largest cross of the wide gate, where the world was to pay tribute to this march, which became the story of the title Morocco, and the size of the Moroccan people in their ULC uprising Its white revolution and its eternal love. This great historical epic, embodied the genius of the unified king and the builder of modern Morocco Hassan II, may God have his soul, who was eager to lead the civilized march peacefully unique problem for the power of faith the right to recover the southern provinces in the lap of the nation, as an allied victory of Morocco, and raise the banner of Whip home in the eyes of heaven February 28, 1976 marking the end of the colonial presence in the Moroccan Sahara, where the Subsequent recovery of Morocco on August 14, 1979, the territory of the valley of gold, and realized the green march, which was launched the sixth of November in 1975, the depth of Moroccans clung to, in all categories In the Sahara desert and Pal Parsemez al-Majid, where he participated in response to the call of the late Hassan II, 350000 Moroccans and Moroccans in the Ozaro green march through which the whole world in a civilized way e peacefully single strength and stiffness of the position of Morocco in search of his stolen right and the end of the colonial presence Boqalimh South. And showed triumphant march to the world the firmness of Moroccans and their firm resolve to regain their right to the fly and their genius to end the colonial presence sets, determination and wisdom, where the Green Mars has achieved its goals and broken the artificial boundaries between the people of a nation, with a weapon of peace and peace in the restoration of law and defense, as in March showed, unique in the world, the extent of cohesion embodies the genius of the king of Mujahid and magnanimity the people of my father showed that everyone the highest manifestation of loyalty to the homeland and the design of all Moroccans from the far north to the far south of the completion of the territorial integrity of their country returned to the Right to its owners and to realize a meeting of the sons of a homeland. Commemorate the March of the VIENT unit as well as the embodiment of fixed Morocco's positions to defend their sanctities and complete the filth of unity, despite the maneuvers of the enemies and secessionist attempts, where Morocco is strengthening its position to be wise initiative to grant the southern provinces autonomy under Moroccan sovereignty, an initiative that has received overwhelming response and support more and more at the international level, and was welcomed by the presence of the United Nations , described the initiative as serious and credible, with the opinion of many historians and political scientists gathered that the green march actually formed socially and psychologically special, and represented the first national uprising lived Morocco and Moroccans after independence, stressing that Morocco's return to the Sahara, which was a colony of Spain up to the 1975 borders, has peacefully negotiated a it's unique in modern history.
The Independence Party has been and still since the announcement of the March to the forefront of interveners at Her Majesty's call the king march approach to rally around the throne and defend independence and the unity of the country, it was developed with Mohammed V and Hassan II, that God Therihama, which is what is happening now with an inheritance captured by His Majesty King Mohammed VI, he launched the party to support all initiatives taken by His Majesty to defend territorial integrity, which is confirmed by Brother Hamid February the Secretary General of the Independence Party in all his visits and communication meetings outside and inside Morocco. The Independence Party, which evokes the anniversary of the glorious, reaffirms its firm and permanent position, to pursue the democratic process and development to consolidate unity and the provision of a decent life, progress and good -being of the Moroccan people, under the wise guidance of His Majesty the King, and affirms its willingness to continue the struggle to defeat all the conspiracies hatched The King of the Kingdom of Saudi Arabia, the King of Morocco and the King of the Kingdom of Saudi Arabia, A guarantee for citizens in the southern provinces, who manage their own affairs through executive, legislative and judicial bodies, within the framework of the sovereignty and territorial integrity of Morocco. To always remain our motto God pay him the king 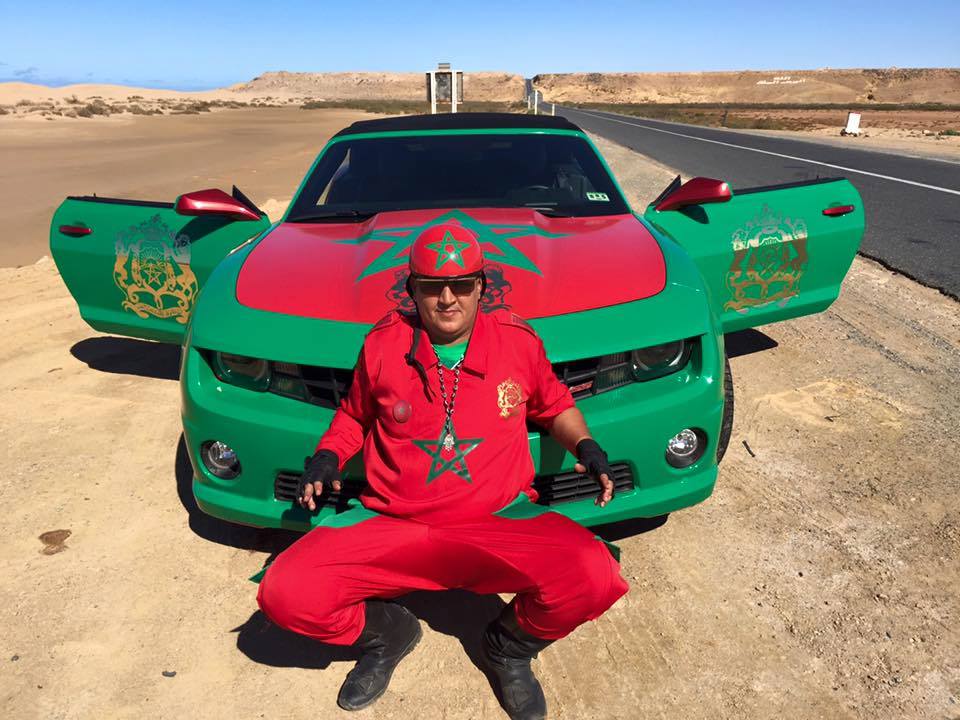