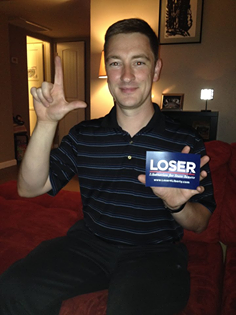 If you haven't been keeping up with it, the official LP twitter page tweeted out some utterly brain-dead post holding up North Korea as an example of libertarian policy ...'cause, y'know, 420lmao, right? Michael Malice gave them shit for it and a bunch of others piled on, leading to the page deleting the post. Oh, and to make it better, the LP didn't even read the Business Insider article which was the supposed support for its idiotic claim. If they had, they would've found that marijuana is actually illegal in North Korea. ** Whoops.**

Then, Nicholas Sarwark, the chairman of the Libertarian Party, comes out and calls the Mises Institute the "preferred choice of actual Nazis," essentially accusing it of being a Nazi-aligned organization. Because obviously, the place named after a Jew (Mises) who fled Austria (from Nazism) and which frequently combats both the nationalist and socialist narratives, is aligned with anti-Semitic national socialism. Makes sense to me. 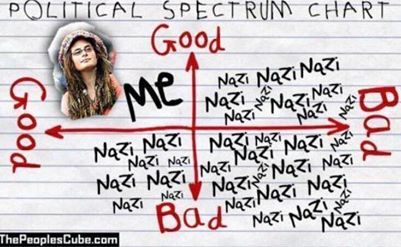 Sarwark also went after Tom Woods in a reply to Woods's tweet linking to a speech he made about Murray Rothbard's life and economics. The only problem? Sarwark's tweet showed that he hadn't actually watched or listened to the speech, because it attacked something that wasn't even mentioned.

So, basically, the Libertarian Party is not only a joke due to it's utter lack of relevancy; now, it is also being apparently flown into the ground by a guy who, seemingly from nowhere, has become hostile to libertarians. What's Sarwark's issue? Is it time to oust him? Should we try and find someone who can better champion our values and ideas to lead the movement? Is there anyone from the party that would care to make a comment on this, and explain why I should keep sending the LP money when it just shits on decent libertarians and tweets out utterly brain-dead articles supporting the DPRK? Original Reddit Post Here

Honestly, the Tom Woods Show does more for the Liberty movement than those in LP charged with doing exactly that. Consistent discussion of the intellectual bases behind libertarianism in a way that is entertaining grows a Liberty-movement. Opposite of this troll in charge of the LP.

I believe he's a troll lacking the maturity to chair the LP evidenced by his twitter timeline strategy of bringing attention to LP party via controversy. His actions are those from someone who is being paid to torpedo the movement, cause disunity and end the party.

To be honest, Sarwark and the morons at the national Libertarian Party have made me hold my nose while voting libertarian in 2012 and 2016. Now he's attached Tom Woods who does more for the Liberty movement in his sleep.

Yesterday my daughter Regina asked me to describe fascism for her. When I finished, she recoiled and said, "OK, so basically the opposite of what we believe?"

She did not say, "Fascism sounds so close to libertarianism that you'd better say something."

Total insult to ask me to "sign a petition" against something I have stood against my whole life, as if I would otherwise be under suspicion.

I've written a dozen books, recorded nearly 1,000 podcast episodes, and I'm all over YouTube. None of it resembles fascism in the slightest.

I utterly reject the idea that libertarians, who have nothing to do with fascism, should have to protest their innocence. Who would degrade himself that way, just to virtue signal?

We are dealing, after all, with critics who think capitalism = Nazi. You'll never satisfy ignoramuses like that. Keep your dignity, and keep fighting for liberty.

Tom also wrote this and here

Or we could just blindly follow this guy who happens to chair the national LP... I trolled the crap out of this asshat for most of the day yesterday. The amount of people stating they would be cutting off their support for the LP in his comments was 99 to 1.

This guy is worthless, seemingly paid off by one of the other two larger parties to destroy libertarianism.

When is The Voluntary Exchange Podcast coming to Stitcher, btw?