keri-anne-slater (25)in #introduceyourself • 2 years ago

Who, What, Why, Where, and How? The Turbulent Past Year of My Life.

In November 2016 my father, a healthy and active man, started to get really sick. The doctor told him it was Pancreatitis. He got a little relief from the diet they prescribed, briefly, and then things got worse. On Super Bowl Sunday he survived a heart attack, only to be diagnosed with Stage 4 Pancreatic Cancer days later. There was hope that he could get chemo and have a few months of less pain, but that was short lived when he went into septic shock from an infection and died on March 8, 2017. My world collapsed, my heart was torn from me. It was the cruelest most unfair thing to happen to a great man. He was only 64.

The story gets sadder, but you learn by listening to what other’s have endured after a death, it’s not that uncommon. My father’s wife has always had it out for me, and making sure I got nothing was her biggest concern. I didn’t want anything. Actually that is not true, I wanted his kayak and cattail that we picked together in fall of 2016 in Vermont to use as punk for the following July 4th. My father LOVED shooting fireworks in the green mountains. I wanted to do the things he didn’t get the chance to. The day we picked that cattail he said something about not being around next year, I told him not to joke like that. Did he know? Why didn’t he tell me?

His wife, who I wish I didn’t have to mention, made it her mission to harm me. She made terrible accusations, turned it into a legal issue and not one person in my “family” had the courage or decency to help. It is literally impossible, but she is influenced by a very demented sister, the whole thing is very sad. I was told “I don’t want to get involved” or “I’ll pray for you”. Well, they knew my Father asked for one thing, something good to come from his death, and they didn’t care. So I had to say FUCK YOU! (noway to G-rate that and maintain authenticity, sorry)

As for my Father’s widow, well she has to live with herself everyday, when you hate more than you love things don’t turn out well for you. I can honestly say what I have always believed, the truth ALWAYS comes out. I showed her compassion, she showed me rancor. I was understanding to her loss, I waited and hoped for a better outcome. It was in December (My birthday, then his, then Christmas and nothing) that I realized, this is who she is. I am finally free! My Father didn’t ask me to stick around to help her for a reason. He loved her, for many years so did I, so I wish her well. I have never been one to enjoy seeing anyone suffer, so fortunately its not too hard. At some point I hope to be able to forgive, but it doesn’t mean I have to accept them into my life again. I have a little brother that is so lost right now, I still have hope for him. In time, maybe. I really wish things were different, but they just aren’t. It gets easier when you accept that you are powerless to what another person does. My main mantra now is “not my problem” when it comes to self destructive people. They will take you down with them, if you let them.

The years before my Dad got sick things weren’t as great as they used to be. I learned too late, Pancreatic Cancer lies dormant and makes people depressed and act out of character (for years in many cases). I didn’t know how to handle this changed man. I think as girls our fathers are our heroes, super heroes almost. I know mine was to me. He worked really hard and still found time to be my softball and basketball coach. He took us to other countries and taught us so much. I still feel so much guilt, even though I know you can’t change the past. I wish I was kinder, spent more time with him, had more patience, appreciated him more. Sadly so many of us don’t learn that our parents are only human too until tragedy. It doesn’t mean we can’t wish, right? Time travel was not proven impossible, only implausible. If anyone deserves a second chance its my Dad.

I was the last person with him when he was alive. I hate that I left the hospital that night. I fear he died alone, and he did not deserve that. I thought he needed to rest for dialysis surgery the next day. I blame myself for not doing more. I was so busy worrying about getting him help for the next day, the next week that I ignored how sick he really was an how his wife was in no place to be in charge of his care. Another reason why telling my “family” to Fuck off was easy, I called them for help before he died too…. They knew his wife was unstable, and that I was concerned with the care he was getting. They did nothing. It was all on me, and I let him down. I have to live with that everyday. I’m a very cerebral person, I know, it is a fact that if I handled things differently he would have had more time. I am sure he would only ask for a few more minutes, because there was not an ounce of greed in my Dad.

WHERE have I been?

Well, after seeing what “family” meant, ABSOLUTELY NOTHING, (and that ALL lawyers are good for nothing parasites who want to milk legal drama for as long as they can to rob you blind) I left Long Island. I had been planning to leave anyway so it was a good thing, like my Dad had wanted. There were a few weeks on a farm in beautiful Upstate NY, but it wasn’t far enough away. I was still in shock, barely able to keep it together. A lot of people were worried about me, heck I was worried about me too – it was do or die, literally. My anxiety was out of control. I could not think straight, I could not handle anyone else’s drama. I needed to take care of me.

In August I packed my little Subaru Forester and drove cross country. I took the I-80 from NYC to Ohio got on the I-70 to Utah, the I-15 to Nevada then to California. It’s stupid easy to get to the other Coast, by the way. There were some amazing stops along the way I will share in another post. So, I was in Los Angeles and now I was going to be a star! NO, I actually had been working for an NPO for a few years and was out there to manage the national launch. That is a story for another day because the founder, was more interested in trying to tie me up in rope, than the non-profit (that wasn’t really a non-profit). Anyway that sucked because I didn’t just leave a job, I left someone I thought was a good friend too. Hopefully they get help for their issues, (repeat to self “not my problem” mantra) It will make for an LOL/WTF blog at another time, maybe a book…

Want to read the rest? https://dandelionmarketingsolutions.wordpress.com/2018/01/24/who-what-why-where-and-how-the-last-year-of-my-life/ 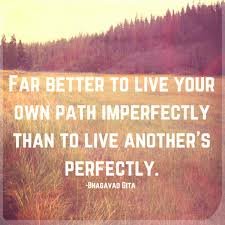