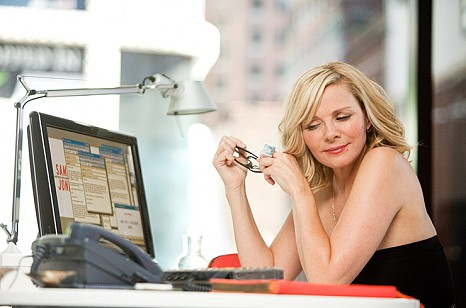 "Faster, More Confident, Stronger" is the perfect slogan of the modern careerist. It is no secret that between two candidates (male and female) with equal education and experience of the position will most likely choose the man. In men, it's easier, safer, no PMS, pregnancy or sick because of a baby's illness. To increase their chances of a successful career, girls have to prove their professional skills and commitment many times.

Inspiration: Samantha Jones of Sex and the City, sexy, educated and witty, meets Richard Wright, who refuses to hire her for sex discrimination. What did Samantha do? She proved to herself and to all that a woman could really be talented and capable. The position remained for her because she never lost her professionalism.

In the movie "What Women Want," Darcy McGuire is the boss of beautiful Nick Marshall (Mel Gibson's brilliant performance). She won the battle with a man in a high position in an advertising agency. To compete with the beautiful Darcy, Nick is only capable of acquiring the ability to read women's thoughts.
source:www.cosmopolitan.bg