trinicoinmaster (46)in #horror • 4 years ago 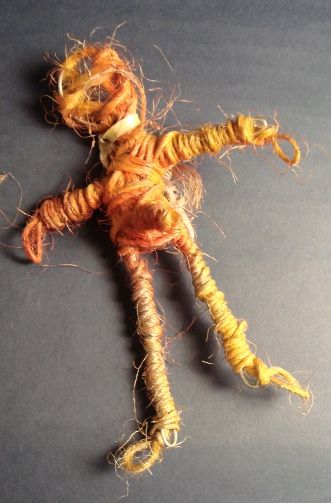 It was four nights before Christmas; when all through the streets, not a creature was stirring not one cat not one dog. Coldness could be felt but it was not because of the snow, the wind or the darkness. Dante Claus was here.

He was clad in a huge black wool cloak that devoured his small, frail body. The snow did not make prints under his feet as he moved. His lips were dry and withered and as he whispered soft words, no teeth could be seen. The dark figure raised his nose in the air and took a deep inhale of breath. The innocence he was looking for was not far.

Frank had tucked Lily-Ann early that night. With the recent cutbacks in the company, he had to push extra hours to show his worth and it was finally taking a toll on his body. Mary-Ann was never really the working type. She was a housewife but they were about to lose the house. Now, she worked double. Breakfast and School in the morning, work at McDonald’s during the day, dinner, cleaning and homework at night.

Frank and Mary-Ann slept side by side, her feet with his, half dead in this world and half-alive in dreamland, oblivious to the ominous cold that was drifting through their house.

Lily-Ann laid in bed with her favorite Frozen themed Elsa blanket up to her chest. She had her night light on to keep the monsters away. She played with her Barbie mermaid doll on her belly. She was restless. Christmas was a few days away.

The beams of light from the neighbor’s backyard were faint through the slits of her window curtains and when she saw the shadow pass by she immediately thought it was Santa. She sat upright. Excited. She knew she had been a good girl all year.

The shadow covered the window and streams of light. The little heart in her chest was about to burst with happiness.

She heard fingernails tapping on the glass and jumped out of bed, got her stool with an ear-to-ear grin and placed it by the window.

She got on the stool and pulled apart the window curtains.

Her smile immediately turned to frown. It was a very very old man with a hood over his head.

She opened the lock for the window and slid it a few inches up until it reached the child lock Frank had installed a few months earlier.

“You’re not Santa!” she said furiously with her little voice.

“I know….” The clad figure responded. His voice; hoarse and deep with an old northern accent. “I’m sorry but Santa sent me. Rudolph is sick.” Dante Claus finished. He had practice for hundreds of years on somehow to hide the grating sick sound of his voice.

“Yes, very badly. I am Dante Claus. Santa’s older brother.” He said as he peered into the little girl’s eyes.

The hair on his head was thin and white. The skin on his face sagged as if it wanted to fall off but none of this was mattered to Lily-Ann.

“You smell funny! Like fish!” She asked innocently. To Lily, the smell was that of fish but his old rotting flesh gave a distinct odor.

The @OriginalWorks bot has determined this post by @trinicoinmaster to be original material and upvoted(2%) it!