See you soon on the Hive side Time to move to Hive, the truly decentralized community blockchain!

Steem has been a nice story

I have been involved in Steem since the very beginning of the blockchain. I loved putting my skills at the service of the community by becoming a witness and creating projects like SteemSQL, SteemitBoard, SteemReply, ...

The concept of community is really important to me. I was able to verify it during the 4 editions of SteemFest in which I participated. It gave me the opportunity to make real friends all over the world.

Building a brand new one

I think it is useless to remind you of the last event that occurred since the arrival of Justin Sun and his disastrous behavior towards our community. This poses a real threat to the decentralization of our blockchain, another concept that is important to me.

This is why I am excited about the coming launch of the Hive blockchain on Friday.

I was lucky to be able to join a group of enthusiasts to create this new project which, I really believe, will give us more freedom to develop our blockchain while respecting the community and decentralization. With this spirit in mind, the work that has been accomplished in a few days is simply incredible.

Several of you came to me to ask me what would happen to projects like SteemSQL, SteemitBoard, ...

I am already working on the commissioning of HiveSQL which should be ready to launch Hive. SteemSQL will continue to operate for some time, but will most likely be shut down given its infrastructure costs.

As announced today, SteemitBoard has been shut down. I will most likely relaunch a similar project on Hive because I have received a lot of positive feedback and I know that it is very popular among users.

All the other projects and (d)Apps I manage, if not already ported to Hive, will soon be. And once the transition to Hive is secured for all users, they will be permanently deactivated on the Steem blockchain.

Welcome to the Hive side

I can't wait to see you all on the new blockchain. The adventure is just beginning and it promises to be exciting!

Steemitboard is awesome project and its needed on Hive.

I am very excited about the potential developing with Hive!
Need Help!
I bought some steem on bittrex, where and how should I store it to make sure I get airdropped?

Best place to store them is in your Steem wallet

Thank you very much.
Looking forward to this opportunity!
Thanks for all your hard work so far and all the best going forward. 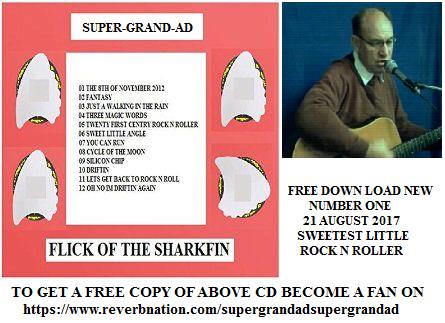 Hi arcange - I have left you a video message on your REPLIES
CLICK THE LINK
https://steemit.com/hive-133987/@super-grand-ad/q7uvju

Thanks for the announcement @arcange. I'm glad that HiveSQL is coming. 😀👍

Is this the better movement of Decentralized Blockchain? Let us go.....

Sweet! Always liked steemitboard. Adds some fun to it, especially for new users.

Once Hive is up and running, I dont plan on coming back to steem. But before I go, Justin's new badge is becoming my profile picture. Lol.

Love your work, long may it continue on Hive!

See you on the other side

See you there, do we all have to do intro posts now?!?

Your announce is much needed, I hope that other Dapp / services owners would the same.

Waiting for what's going to happen with @hivesql.
Hopefully not too much change but I'll start looking at the scripts I have now.