Strategic Communication in Contemporary War - A Failure of US PSYOPS 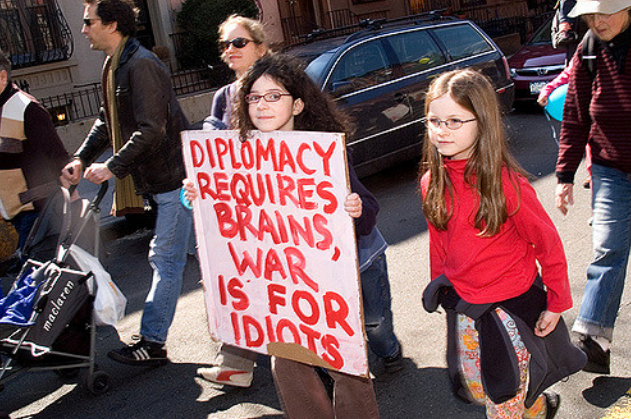 Strategic communication is an important aspect of foreign policy that seeks to communicate messages to a target audience. The term has been used rather ambiguously, but can be summed up as the coordinated actions, messages, images and other forms of signaling or engagement intended to inform, influence, or persuade selected audiences in support of national objectives (Paul, 2011). Key aspects of the concept that pave the way for success include effectively informing, influencing, and persuading audiences, having clear objectives, coordination of individuals involved within the communication apparatus, and backing up words with actions. (Paul, 2011). One notable instance where the U.S. employed strategic communication has been during the last two decades in trying to communicate their interests and ideas to the Muslim populations within the Middle East with the ultimate goal of defeating the driving forces behind terrorism. The U.S. efforts of strategic communication have been largely seen as a failure and it is imperative that military and political experts find ways to improve the effort if future success is desired.

The 9/11 terror attacks brought with them a conflict that would not only require military actions, but also a war of ideas (Darley, 2007). The war against the Taliban, Al Qaeda, ISIS, and other extremist organizations have highlighted the importance in the ability to communicate ideas and promote positive perceptions of the U.S. to populations that are most impacted by terrorism (Schouten, 2016). However, strategically communicating to Muslim populations in order to decrease the influence of terrorist groups has been met with much difficulty by the United States. This begins with a failure at the national level of what the U.S. wants strategic communication to convey. There has been many disagreement among the various departments and branches of government on the substance and content of the communication (Darley, 2007). Another issue with the U.S. strategic communication effort is the failure to turn words into actions. There has been a gap between the promised U.S. improvements to Muslim populations compared to what actually occurs. This has significantly hurt the credibility of the message that the U.S. is trying to send (Nasaw, 2009). A final issue that has led to difficulty in strategically communicating the U.S. message to Muslim populations is the integration of various agencies. The U.S. “War on Terror” has seen tension and contradiction between PAO’s and information operations, such as PSYOPs. Various reports from Afghanistan and other Middle East locations have stated how these individuals rarely want to work with each and avoid one another like the plague (Paul 2008). This has many times led to low mission success rates and information fratricide (Paul 2011).

A third improvement is outlining clear and succinct objectives and having a focused strategy. This will allow various leaders and commanders to develop an effective program or plan in how to implement strategic communication (Schouten, 2016). The final improvement that can be made is probably the biggest contributor to success and is putting actions behind words. The U.S. might have good ideas in theory, but poor execution can worsen the situation and cause the Muslim world to further hate the U.S. and the West. Actions need to properly correspond to words in order to increase credibility and the truthfulness of the communication (Nasaw, 2009).

Strategic communication is a complicated process that includes many different agencies and individuals. The complicated and difficult nature of the process was readily seen in the U.S. failures in trying to communicate their ideas to the Muslim populations throughout the world. Following the simple improvements as outlined above would have a significant positive impact on strategic communication efforts and allow for a much more successful communication of ideas and interests to target populations in the attempt to decrease the prevalence of terrorism.