February is Black History Month and while I am the first in line to support my black brothers and sisters and their accomplishments I am left wondering why there are so many "hidden figures" in black history? Why are our black counterparts not being given the proper credit for their amazing accomplishment of invention of things we often use. One that comes to mind is the inventor of Souths favorite whiskey, Jack Daniels, a black slave made the recipe for the liqueur while his owner took the credit making millions of dollars for his family and just recently we find out that it was actually a slave that created it.

I also wonder about the movie Hidden Figures and how genius woman who were the backbone of the the first trip to the moon were not held in higher regard. The latest hidden figure is Mrs. Gladys West who helped create the GPS system. Gladys West was putting together a short bio about herself for a sorority function that recognized senior members of the group.

She noted her 42-year career at the Navy base at Dahlgren and devoted one short-and-sweet line to the fact she was part of the team that developed the Global Positioning System in the 1950s and 1960s.

Fellow Alpha Kappa Alpha Sorority member Gwen James was blown away by the statement. The two had known each other for more than 15 years, and James had no idea that the soft-spoken and sharp-minded West played such a “pivotal role” in a technology that’s become a household word.

“GPS has changed the lives of everyone forever,” James said. “There is not a segment of this global society—military, auto industry, cell phone industry, social media, parents, NASA, etc.—that does not utilize the Global Positioning System.” 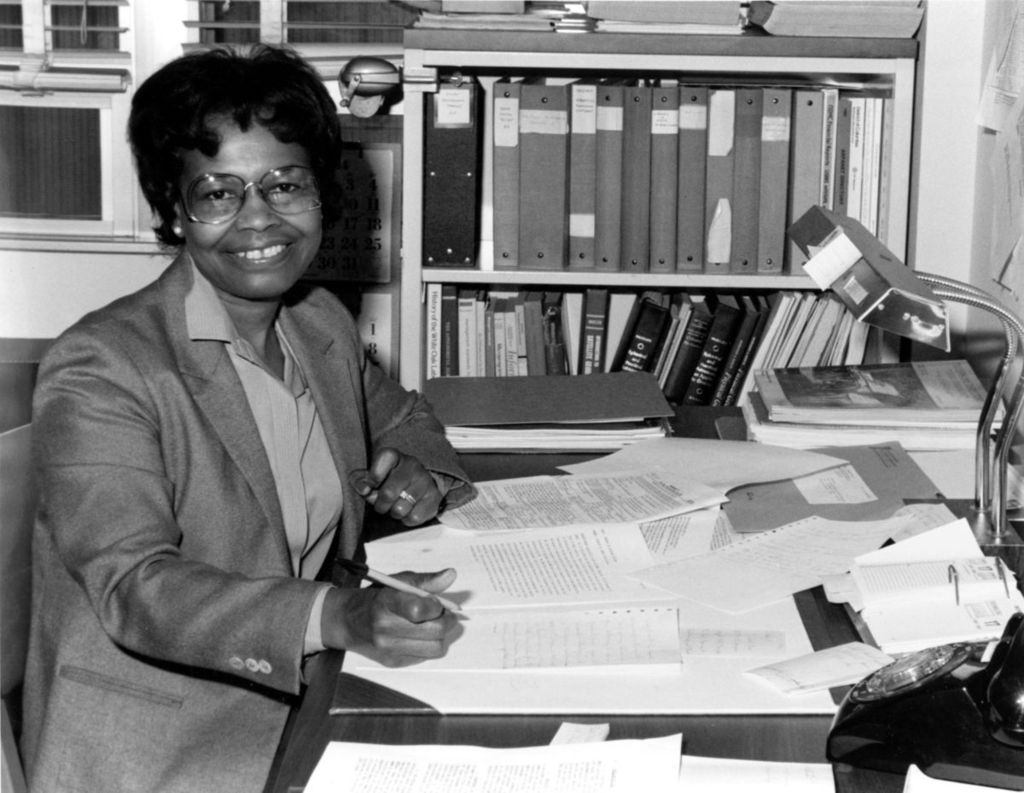 The revelation that her 87-year-old sorority sister was one of the “Hidden Figures” behind GPS motivated James to share it with the world.

“I think her story is amazing,” James added.

West, who lives in King George County, admits she had no idea at the time—when she was recording satellite locations and doing accompanying calculations—that her work would affect so many.

“When you’re working every day, you’re not thinking, ‘What impact is this going to have on the world?’ You’re thinking, ‘I’ve got to get this right.’ ”

And get it right she did, according to those who worked with her or heard about her.

“She rose through the ranks, worked on the satellite geodesy [science that measures the size and shape of Earth] and contributed to the accuracy of GPS and the measurement of satellite data,” he wrote. “As Gladys West started her career as a mathematician at Dahlgren in 1956, she likely had no idea that her work would impact the world for decades to come.”

Great article. Sorry im seeing this so late. Thank you for recognizing African Americans in your blog. America has perpertrated systematic racism against African American people because we are the lowest hanging fruit the easiest to identify, and the easiest to associate negativity to in a country where we are out numbered and disenfranchised.

The systematic issue is that the news media which is such a powerful medium in America, and throughout the world America is a trend setter for music, and culture. How could the word nigger be used in other countries if not learned from American tv or imported from American culture by white Americans traveling to these countries to teach racism.

What you see is the teachings of Willie Lynch at work today alive and well. Thats why America (white media) does not talk about or teach (American education system) about the accomplishments of African Americans and how we have contributed to the growth and development of America.

Thank you for speaking the truth!!