There are three kinds of ghost story... First there's the popular story, based on some event like a suicide or murder that made the news. Second, there's the urban legend that's relatively well known. Finally there's a deeper sort of ghost story, the personal story ... 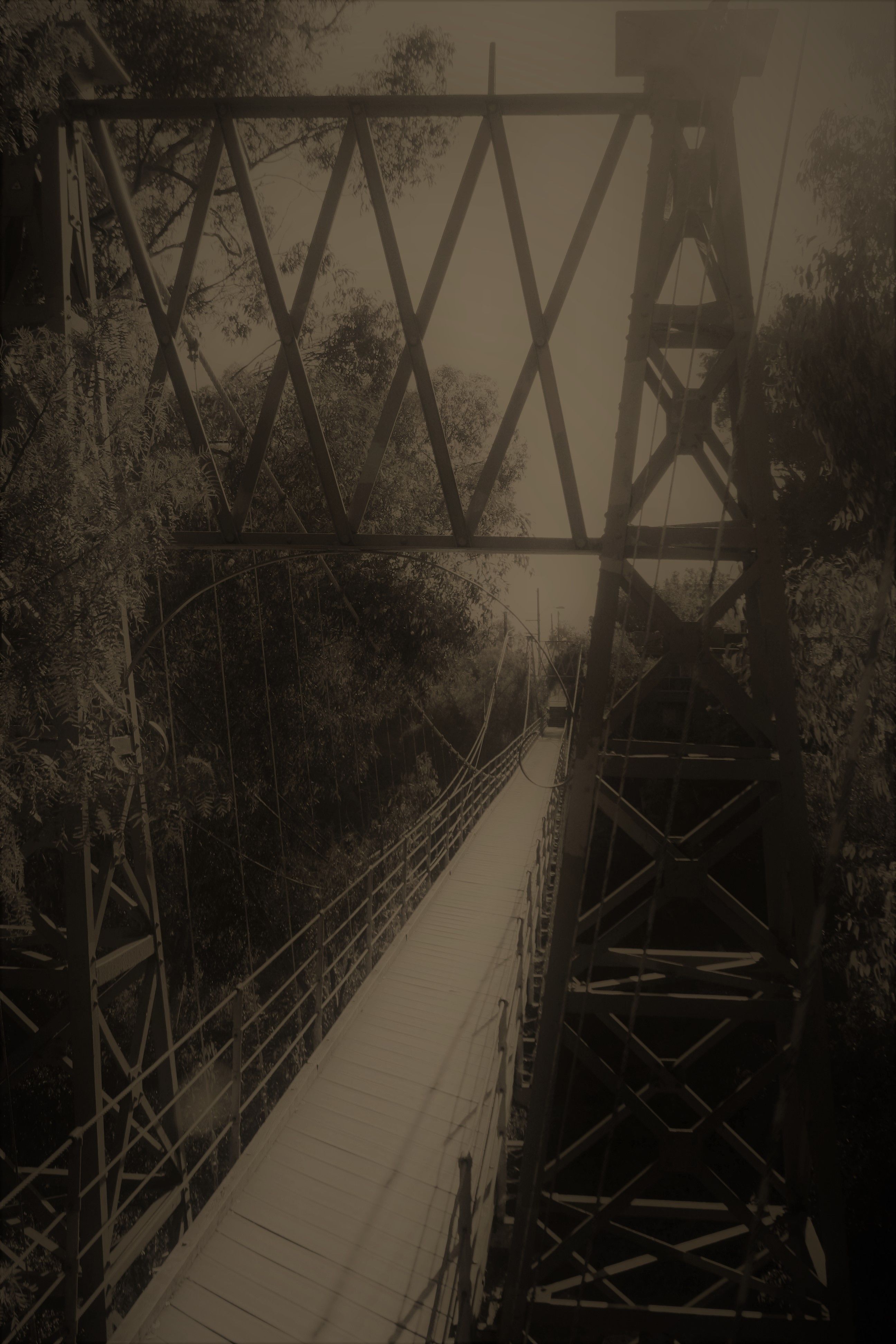 The Spruce Street Suspension Bridge, constructed in 1912, was a footpath to link access from the west to the 4th and 5th avenue streetcar lines without having to continue north to University, or South into Downtown. The steep 137 foot deep Kate Sessions/Arroyo canyon made an impassible obstacle for horse and carriage or motorcar. The deep canyon creates imaginings of suicides, and there has been one attempt in 2013 but no one has been known to have actually died there.

Nevertheless, the gently swaying bridge over a steep quiet canyon can disquiet the mind during the day when the bottom of the canyon can be seen ... not to mention how it becomes especially eerie as the night fog and cool bay breezes flow through the canyon. 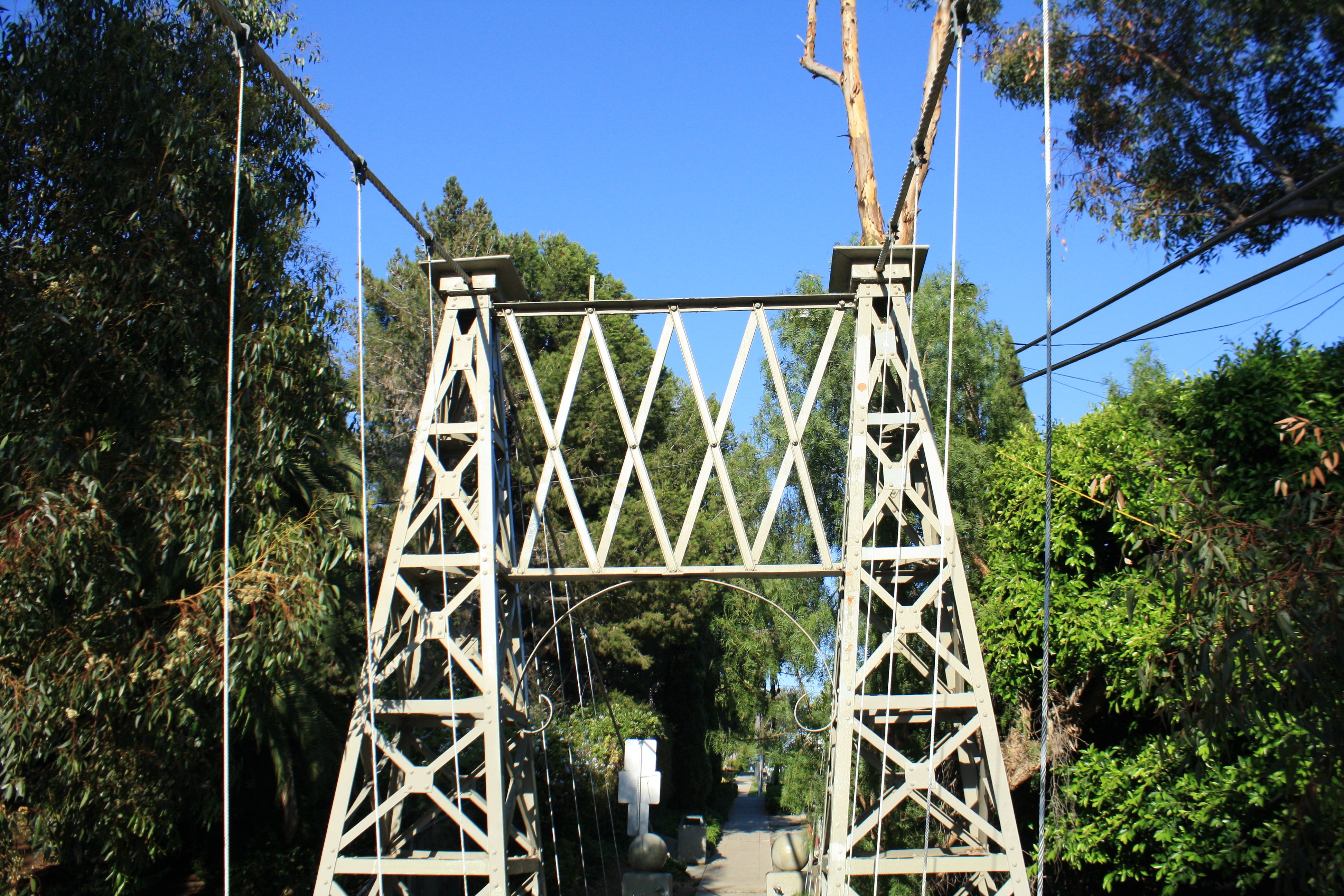 Stories of haunting activity include common claims of orbs and apparitions that can be seen nearly anywhere, unusual psychic feelings, and electronic voice phenomena. In my own investigation I found no significant results, but I may repeat the investigation some time in the future.

The most compelling ghost story is of a bouquet of flowers that appears at the top of the trellis above once a year. The surveillance cameras have never caught anyone placing it there. The story is that they are left by the boyfriend of a girl who threw herself from the bridge in its early days. There are no records to confirm such an occurrence. For a short period of time, this was a "love locks" bridge. Because the locks were adding weight to the bridge that it is not designed for and causing structural damage, the county parks department will now cut any locks left behind. Leaving locks, graffiti, or other objects on the bridge is considered vandalism and you will be video recorded and prosecuted for it.

Original photos and editing by me.

I blog for my kids; 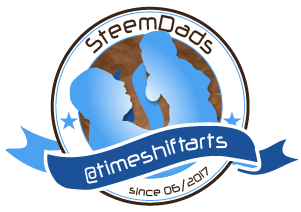 Submit
$9.42
20 votes
2
Authors get paid when people like you upvote their post.If you enjoyed what you read here, create your account today and start earning FREE STEEM!
Sort Order:
[-]
diggerdugg (54)  ·  3 years ago
Dude this is awesome... This is your home town?? Thats kinda cool stuff actually. The little girl leaving the flowers gave me a little chill lol!!I might have to do these one day :)

Yes, my Grandmother and her parents came to San Diego in the 1920's.

I fully encourage you to do similar posts! If you look at my current blog post you can enter the contest!