To keep your heart healthy, start with the day, preventing obesity, cancer and working to reduce cholesterol levels. 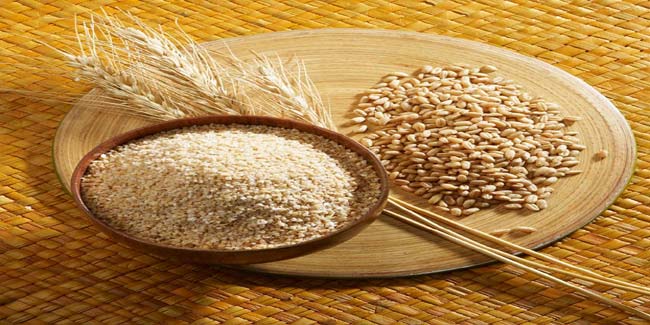 Starting the day with a bowl porridge is the most effective way to keep your heart healthy. Researchers at the University of Newcastle-based UK have reached this conclusion after analyzing the positive effects of regular eating of porridge on human health.
According to him, the porridge is a great source of other soluble fiber including 'beta glucon'. These fibers reach the intestine and form a thickened gel, which makes the stomach feel full for a long time and does not complain about obesity. Not only this, 'beta glucan' also promotes the production of enzyme that facilitates digestion. It prevents intestinal absorption of cholesterol in the food. In some earlier studies, it has been observed that taking a regulated dose of 3 grams of 'beta glucon' reduces lethal low-density cholesterol levels by 7 percent for heart health. By adding 70 grams of porridge every morning, the supply of 3 gram 'Beta Glucans' can be ensured in the body.
According to the chief researcher George Grimble, 'Beta Glucone' is also helpful in the formation of acetic acid, including acetic acid. These acids reduce the risk of cancer by repairing the DNA of the cells present in the intestine. In addition to strengthening the immune system, 'beta glucon' has been found to be very effective in increasing the 'good bacteria' level in the intestine. The Grimmal told that nutrients such as manganese, copper, iron and vitamin-B are also present in porridge. From this, it can prove to be helpful in protecting anemia, as well as keeping the eyesight correct. They advised to cook porridge in low-fat milk and keep the sugar intake low. It would be better to use honey for sweet.
Nasihat
Keeping the pressure on the ground, it also removes obesity
-It also helps to increase resistance and prevent cancer
The risk of diabetes will also decrease
In a study published in the journal Journal 'Jaama' in 2015, the glycamic index (GI) of porridge was less known. This means that porridge slow down the flow of calories in the blood. It has a controlled discharge of pancreatic insulin, which plays an important role in keeping the body sensitive to insulin and reducing type-2 diabetes risk.