On the Gun Control Rallies In America 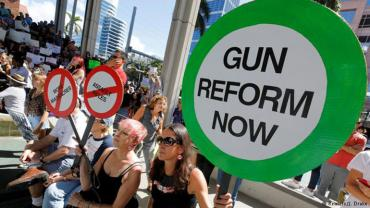 This weekend there will be rallies going on across America for more gun control. From what I understand some of these groups in part are comprised of high school students who are trying to “get the attention of Washington” to put an end to school shootings. As if Washington were somehow unaware.

In this article I want to give my take on the matter. I’ve done some other material on guns but this one is going to be a little different. I’ve said before that these so-called gun control pushes here in America are not and have not EVER been about banning guns, this is about people control. If this were about banning guns people would also be protesting that the military and police disarm too but this isn’t the case. This is the media and groups of people using tragedies to promote their agenda on disarming the American population.

Another thing that I’ve noticed is the downplaying and demonizing of the alpha male. I was recently on a trip to Europe with a friend of mine and commented to him that it seemed like the male was starting to feminize over there, and in America as well. Not only in dress but in general. There was just a magazine cover that was in the news entitled “The triumph of the Beta Male” implying that this is somehow a good thing. We’re seeing stronger females now and weaker males. Media seems to be changing gender roles and in effect changing society without many taking notice. So, what’s this got to do with guns in America?

The reason that I bring the changing of the gender roles up is that there is a narrative forming where the media is pushing for a disarmament (little by little) of the population. Removal of the strong male/alpha male figures from society, and a reliance and protection from the government. Is it me or is something just not right here?

I used to think that it was in the government’s best interest to try and disarm the population because when the economy tanks people are going to be pretty pissed. We know this from history, back in France the reason that they executed King Louie with the guillotine was the change that he depleted the treasury. When people (armed people that is) in America find out all of the dirty deeds that the politicians did to them they are going to seek justice. Why not take the people’s ability to do that before it happens?

Anyways, who knows what the agenda is if there really is one. I just find this whole thing to be very peculiar. The term “conspiracy theorist” was actually created by the CIA during the Kennedy assassination to be used by the media when any opposing perspective mentioned the possibility of multiple shooters. This was all detailed in the de-classified documents recently released. These high school kids and others are saying that they want Washington to hear them on gun control, does anyone think Washington isn’t fully aware of the situation? I think they know a lot more than people think…

I believe a lot of people will benefit from the gun control.. Especially women and children because they vulnerable and prone to physical attacks. I'm also in support of the rally if it meant to reduce the rate of casualties in gun shotouts.

The problem is that the crime rate doesn't go down when they ban guns, we've learned this from Australia. This is a myth and is media propaganda. The rally is to disarm the people so that the government can have total control. Our constitution here in America was written to prevent this from happening. Whenever the media tells you to do something it's probably a good idea to do the opposite.