I think the reason that the right quickly politicized this kid who obviously didn't want to get politicized resides in the problem in how this walkout was pitched.

It wasn’t necessarily couched to be a walkout about guns and gun control. It was sold as a ‘walkout as a memorial to the 17 killed’.

So you can either walk out in their honor and let the mainstream media extort the numbers of ‘kids who want gun control’ or you can stay in class where ‘you heartlessly don’t care about the 17 students’.

Specifically in this case, the option given to the student was to walk out or go into an alternate study hall out in the cafeteria (if all the teachers are marching, they’re likely looking to consolidate the kids).

He chose to stay in the classroom. Who knows why he did that, but his position suggests other kids probably made comments to the effect of “what irony if another shooter shoots all those pro-gunners in the cafeteria when the rest of us walk out”, etc. It’s kids.

If they’ve already labeled the cafeteria kids as ‘pro-other side’, he might not have wanted to be labeled in that camp either.

Just as life suggests, it’s much more complex than a binary ‘this-that’ or ‘left-right’ or ‘R-D’ world. 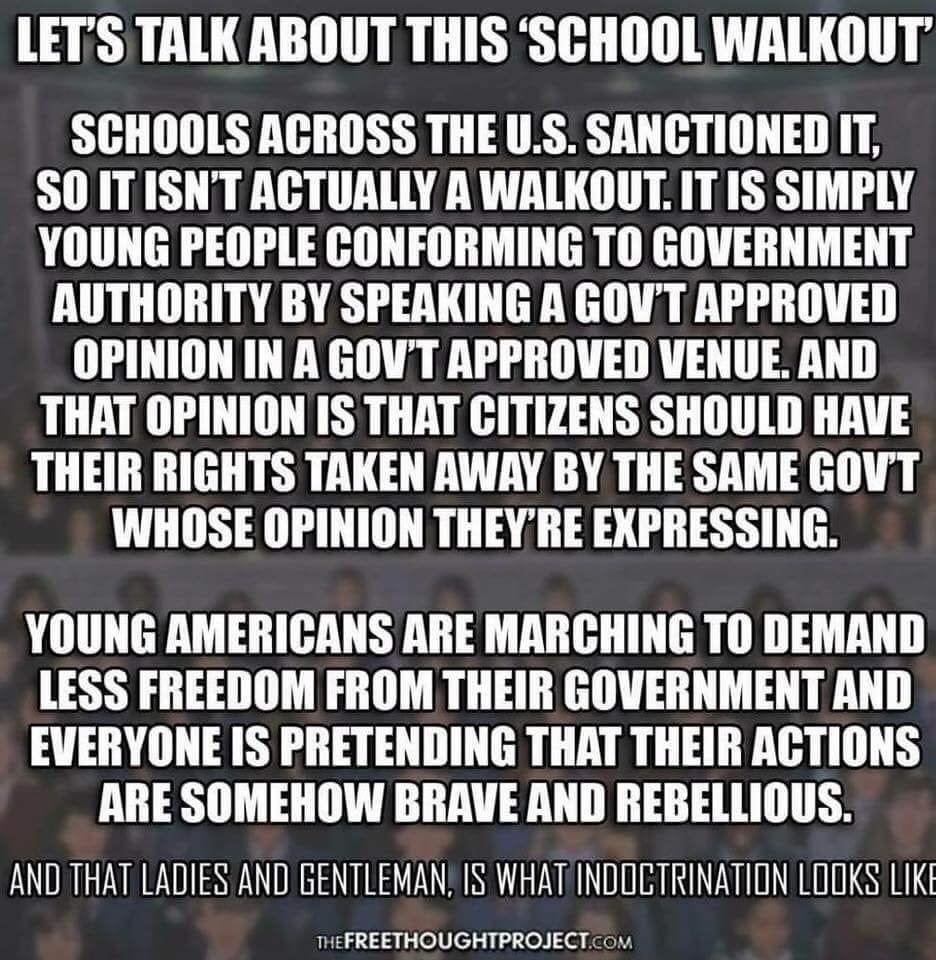 I don't think he should have been politicized by the right any more than the other kids were politicized by the left. I do think the folks who are pointing out the problem of the school forcing kids into the position where "you WILL have an opinion one way or the other--and demonstrate it whether you want to or not" have a point.

If they’ve already labeled the cafeteria kids as ‘pro-other side’, he might not have wanted to be labeled in that camp either.

From one interview I read, that was exactly the case.

Yes I believe the population was deceived on this one. ☝️. @swt3df1