Steemit seems bright and shiny today. Maybe it's the snowflakes, reminding us of the sparkling diamonds we are, divinely aligned to shine. Over and over this morning, I am touched by the brilliance of this beauty. Note: The Steemit Gratitude Journal is an open invitation event, where every participant wins! Simply mark your post with the #gratitude tag, and you'll earn enthusiastic upvotes and heartfelt replies, along with the boosted feeling of joy we share as we create, co-create, and curate original content that brings us happiness.

Specifically, I'd like to give shout-outs to a long list of Steemians who exemplify the spirit of celebration: @sweetpea, @woman-onthe-wing, @karenmckersie, @hazelpazel, @connecteconomy, @stellabelle, @ashleykalila, @paradise-found... This week, these people launched some of the most exciting posts I've ever seen here, showing the growth of Steemit as a platform, a spotlight, and an amplifier for positive change.

1. How To Make Your Mistakes Work For Your Benefit by @connecteconomy

@connecteconomy's article shares a video of Leonard Cohen's concert performance, when he forgot the words to his own song and then turned it into an opportunity to improvise something special in the moment. These perfect flaws we all have - they can be so beautiful. Like the fretbuzz on an acoustic guitar, they make the human experience relatable. Like a chipped teacup, they remind us to look past the surface and cherish what's inside. @woman-onthe-wing delivered the grande finale of her long-running community challenge for foodies: Steemit Culinary Challenge. This one was the most elegant yet, in my opinion, with gorgeous graphics in her theme announcement.

3. Learn About The Traditional Zulu Culture by @sweetpea

@sweetpea reveals an amazing parallel universe story here, featuring the "Rainbow Nation" that is South Africa, and highlighting the Zulu culture. Her photos here paint a picture of the Rainbow Warrior, which exists in all cultures, in some way. In fact my circle of friends here in Austin, Texas, share a similar Spirit, with a similar "buffalo" (American bison) on display, holding reverence for the sacred ceremonies of this day and age.

4. Power Of Positivity Contest #18 by @karenmckersie

@karenmckersie's POP Contest inspires me, because I feel it is vital we accentuate the positive as much as possible, in order to keep things upbeat. I believe initiatives like this will make the world a better place, by reminding us to look on the brights side of life. This week's POP Contest prompted a touching article by @mariaentela called The Willpower And The Spirit Power. Here, she tells the story of her twin sister, a quadriplegic (can't use her hands and feet) person since her birth, who managed to be one of the most successful athletes in the world.

5. Growing A Human And Other Activities by @hazelpazel 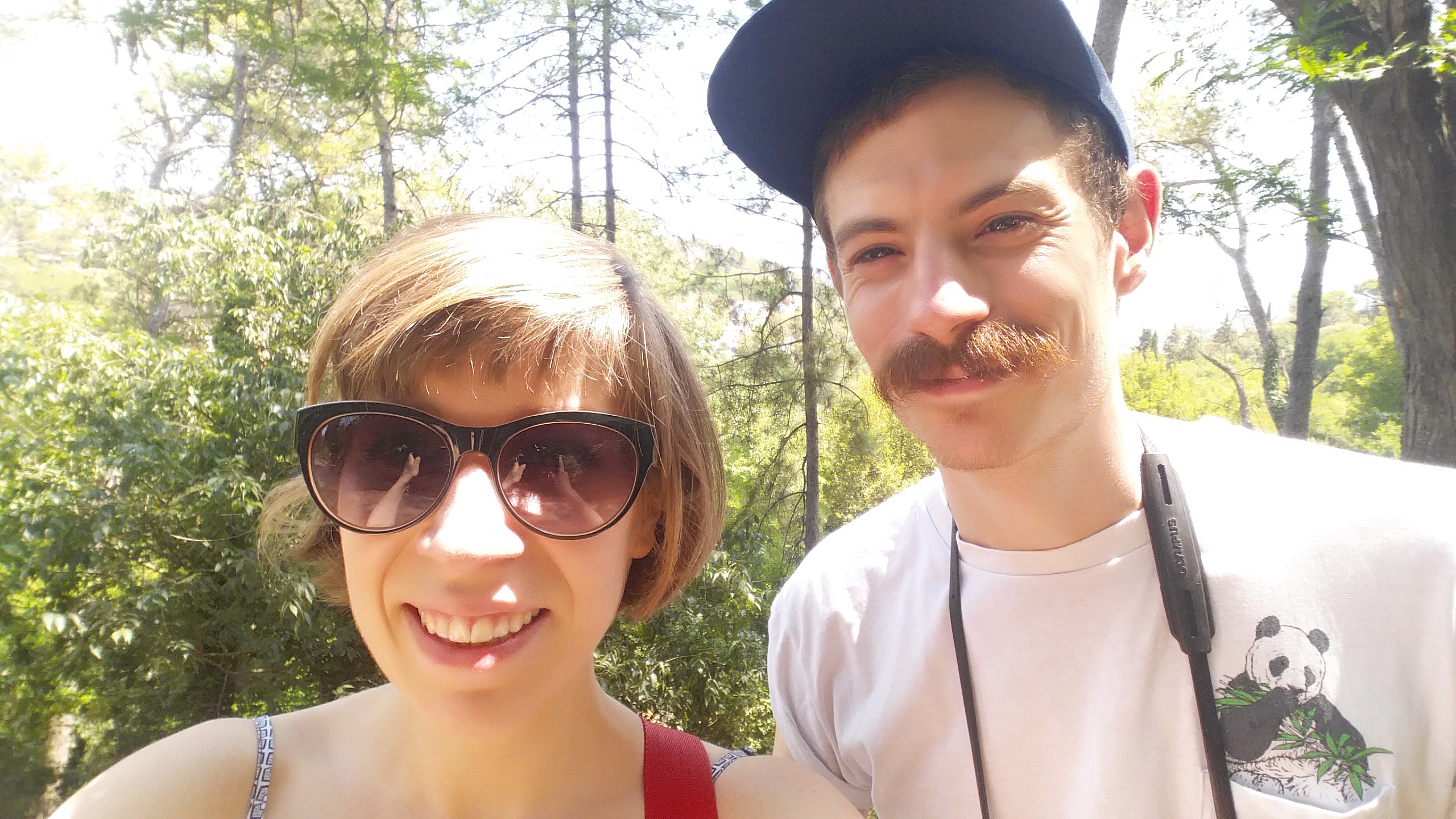 @hazelpazel and her partner documented their journey into parenthood with a wonderful collection of family-focused photos and stories. Their message brings me back to a time when I was a new parent, learning to navigate life in a new way, and it fills me with joy seeing them delight in their newborn baby. @ashleykalila's "Humans Of Steemit" marked its 17th edition today, spotlighting @rok-sivante, who is one of the first Steemians to lure me in with his travel stories. I believe the specific story that hooked me was about an ayahuasca experience that led him to the love of his life. These are exciting times, and I'm happy for the Humans Of Steemit, spotlighting people who are shining their lights in the world today.

@paradise-found is going strong on his commitment to journal his #gratefulvibes on a daily basis, currently on day 51. Here, he spotlights some of the meaningful stories he finds in our Steemit community, and shares stories of his own, focusing on the attitude of gratitude. I feel so grateful for his steadfast commitment to seek out some of the "candles in the window," and let that light shine bright enough for all of us to see. Especially necessary during the holiday season, @paradise-found is doing his Work in the world, reminding us to be thankful for the brilliance and the beauty in life. @stellabelle's Slothicorn creation character is explained in the post: Slothicorn Philosophy: Preview to the Off-White Paper. In summary, this post is all about introducing the Creative Commons to the world of Steemit, where artists and radicals are already joining forces to: Be the change we wish to see. My belief is that the Creative Commons (with attribution) is a win-win-win, benefiting art originators, art users, and the art audience. As stated in this post:

Slothicorn seeks to create a more open, creative and collaborative world within the cryptocurrency space.

@luzcypher teamed up with @meno four weeks ago, announcing the Steemit Open Mic Songwriters Challenge. As I've mentioned before, the Open Mic is the superlative example of what Steemit can do for future artists. This is a stage, a spotlight, and an amplifier for the Creative Age, when we survive and thrive by our creativity. Participants earn monetary rewards, along with growth opportunities in body, mind, heart, soul, and spirit, through four levels of creative thinking: observation, communication, creation, and curation. I am a regular participant in the Open Mic, and this new Songwriters Challenge has given me a deeper connection with my peers here, as we all enter the spotlight and express ourselves creatively. I'm thankful to be here, and delighted to contribute each week.

10. Because We Can (Original Song) by @chrisroberts

@chrisroberts is one of the specific artists who inspires me each week in the Steemit Open Mic Songwriters Challenge. Here's a fresh song he's written just today, prompted by yesterday's announcement of the songwriting theme: "Because We Can." It's a terrific example of his work: a song rich with artistry and light-heartedness. And this one feels even brighter than ever. To me, it feels like a singalong song suited for a stadium crowd. So big. So brilliant. So beautiful.

@ocd is an acronym that stands for Operation Curation Delegation, led by @acidyo. This is a curated list of undervalued posts, featuring new Steemians who are posting exceptional content. I am a new member of the OCD team, still learning how the system works, and I have to say I am greatly impressed by what I'm seeing so far. Of course, anyone can see the value these OCD lists bring to the people whose work is showcased there, as well as the people who likely missed their posts initially. Truly, these lists are selected and assembled with care, kindness, and a sense of duty, all working together to reward people for creating great content on Steemit. This makes Steemit greater as a whole. If you take a look at a recent post by @miniature-tiger, you can see some of the evidence of OCD's value: OCD Curation A Look At The Numbers. The best-known Grateful Dead art icon is a red, white, and blue skull with a lightning bolt through it, designed by Owsley Stanley and artist Bob Thomas, originally used as a logo to mark the band's equipment. I've adapted the logo for the purposes of this event, intending to continue the legacy of this beloved band and their brand, while focusing on Steemit.

What a GREAT collection of people! And every single one has made a statement, brand or has a tremendous platform on steemit for one reason or another.

I completely agree with you, and of course you could easily be included in the list here, you star! Just feeling so blessed by the goodness I see in people today. Thank you. And shine on!

Shine bright everyone! There is truly so much inspiration in the Steemit community!

For sure. What an amazing group of people we have here. I feel so fortunate to know you, and so many other shiny people here.

How long have you been doing these thankfulthursday posts?

Oh yeah, @humansofsteemit is awesome! My pleasure. I just started doing #thankfulthursday posts in November, and I started a Steemit Gratitude Journal in October. All new, and evolving. Hugs and high-fives!

Thanks for the very nice mention here Cabe!!
You are doing a wonderful job with the #gratitude Journal as well!!
Be the light!! Shine bright!!
This deserves a resteem and a "spotlight" in todays #gratefulvibes blog!!

Hey thanks back to you, brother. Happy you found this post. I'm really proud of you, you know. Thank you for all you do.

This post has received gratitude of 1.45 % from @appreciator thanks to: @paradise-found.

Rock on, thanks so much! Such a generous soul. Happy swimming with you here in the Steemit Sea.