The garden is DONE and ready to be planted this weekend!! What happened to Dallas's quad?

leemlaframboise (54)in #gardening • 2 years ago (edited)

Getting the garden border finished today! 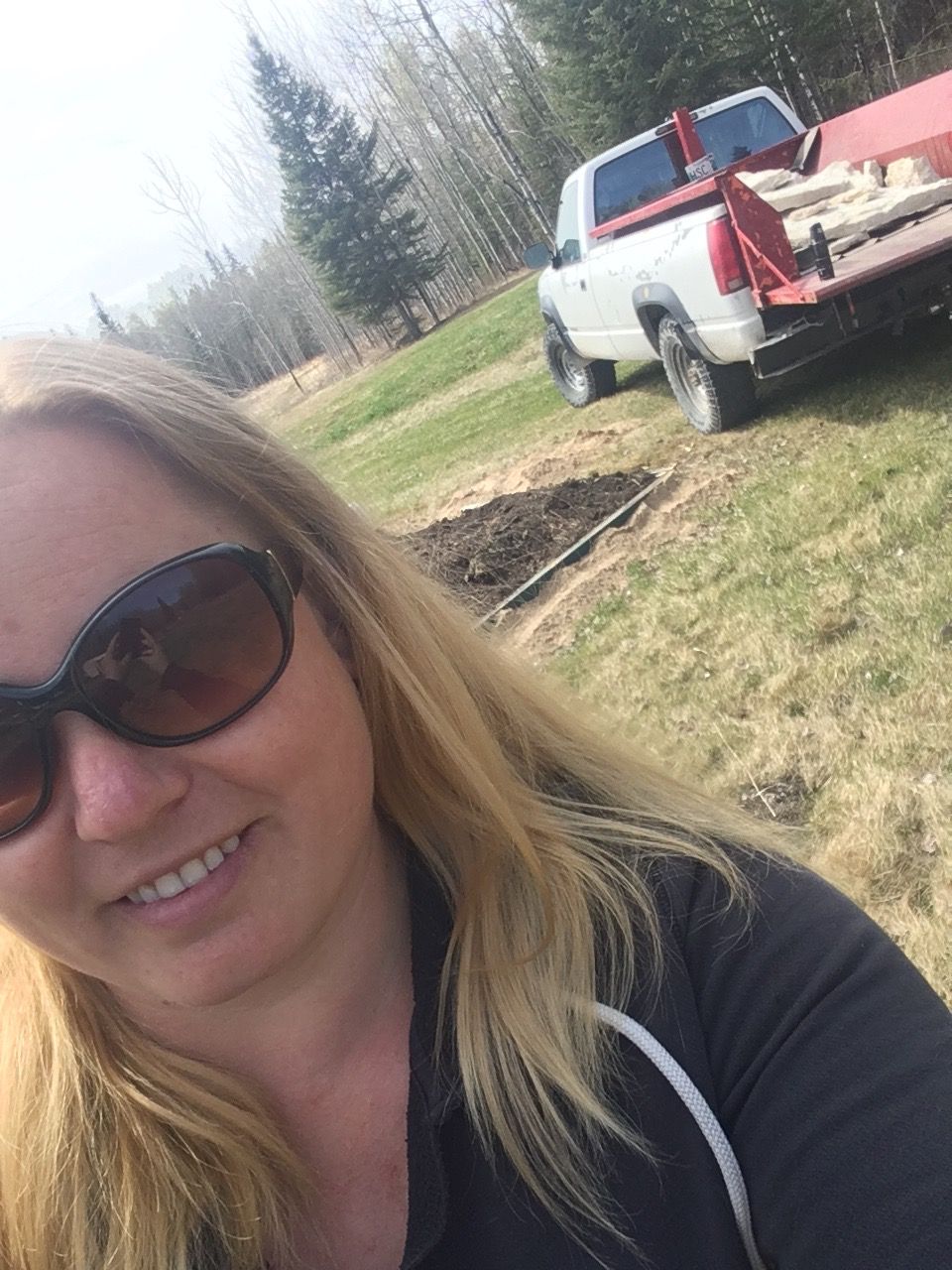 The foreman, overseeing the progress. 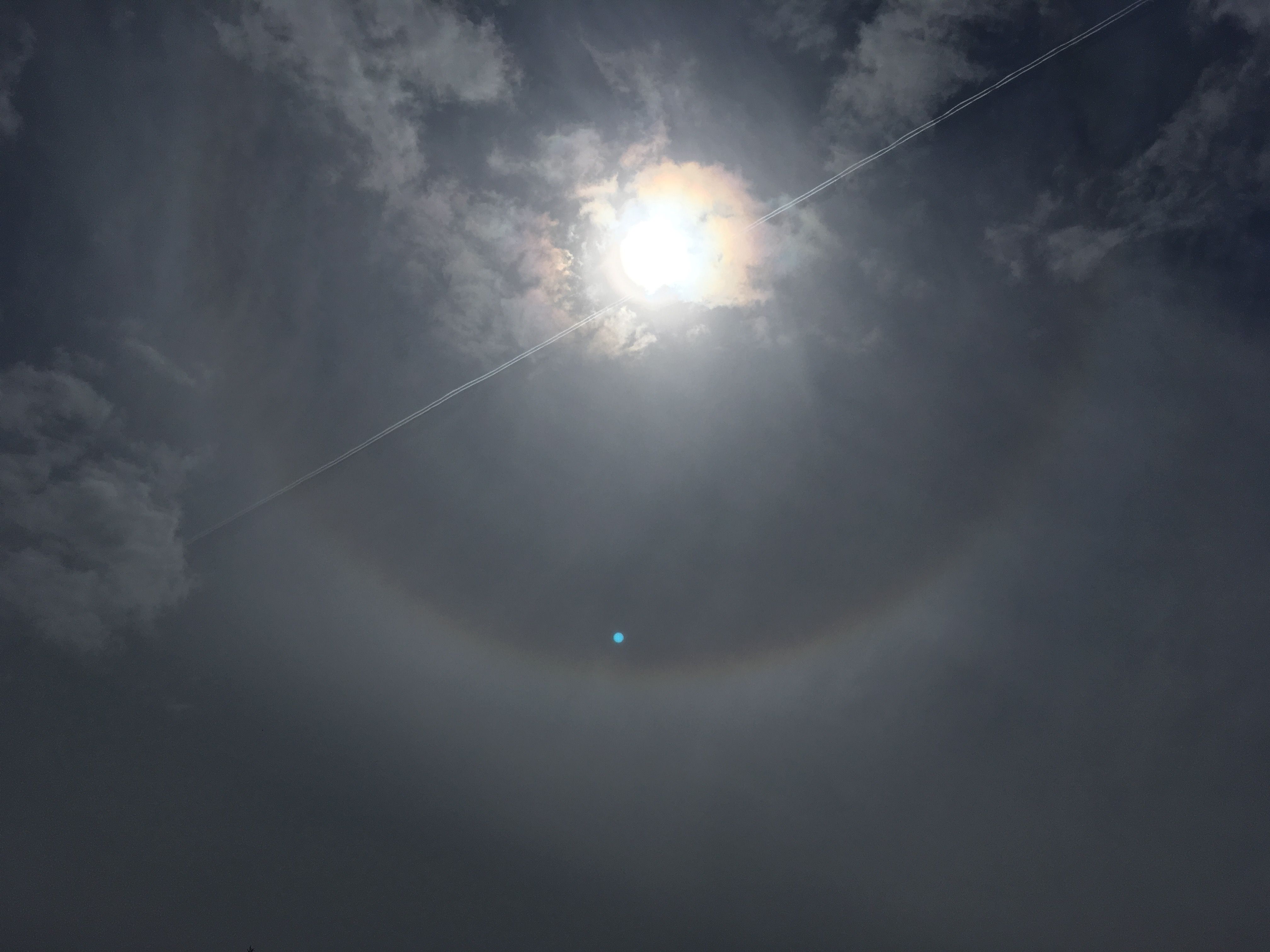 After the kids got home they helped me place the big rock at the entrance. 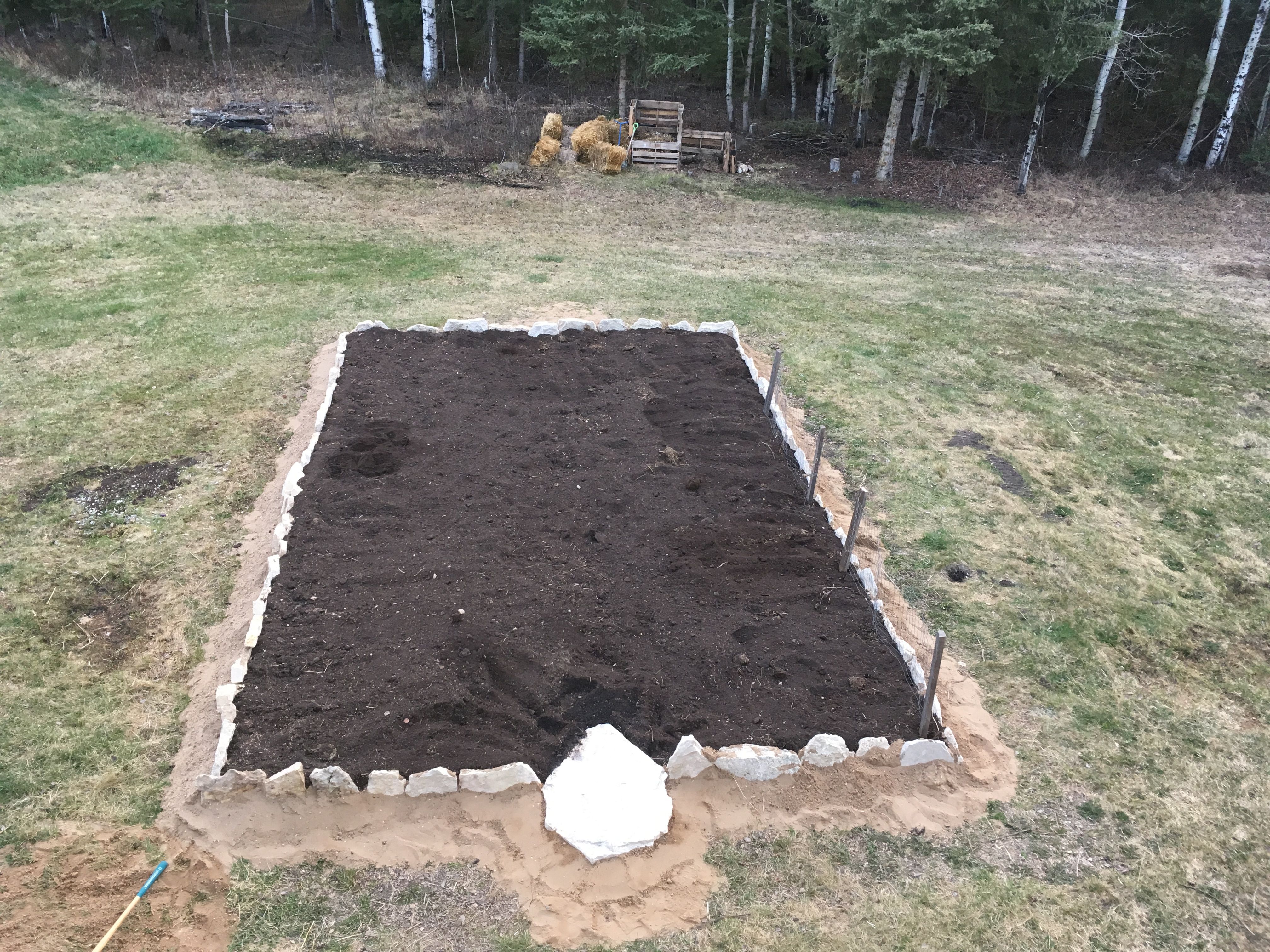 Snoopy found an earthworm to keep him occupied for a bit. see it trying to escape back into the ground?

Checked out Dallas working on his quad. 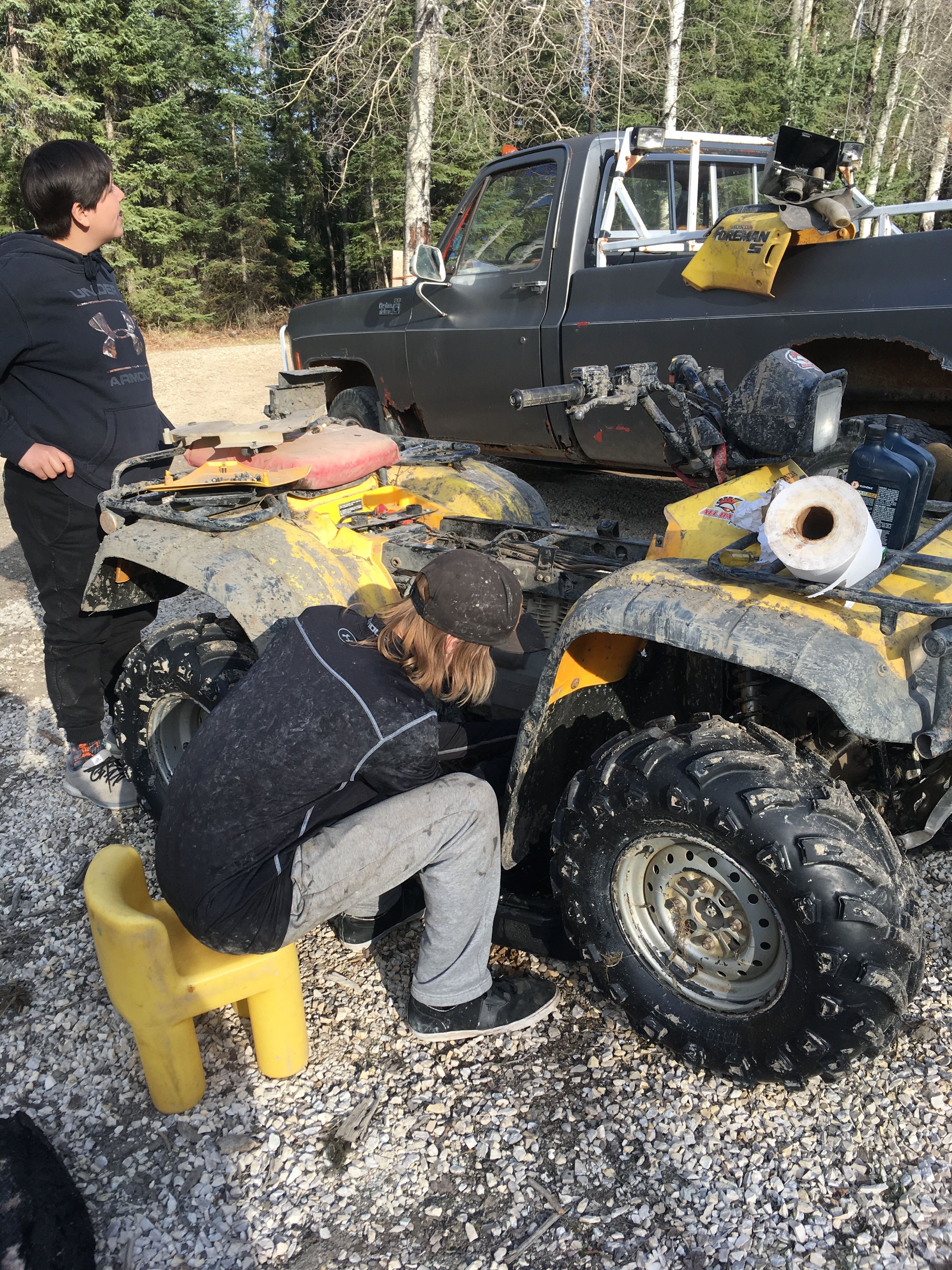 Dallas sunk it in the ditch last night, that crazy kid always testing the limits. This may or may not be the end of it.
So last night he comes flying in the door 'where's the tow rope, I drowned my quad!?! I jumped on my quad with him and took off out the driveway, out by the highway he says 'do you see it??' It took me a few seconds then I saw it, well I saw the handlebars and the floaty seat he has on there, I was getting my phone out to get a pic but he was still in panic mode and wasn't wanting time for photo shoots, lol. So after we got his quad pulled out and towed home he pulled the oil plug and it was a big shot of water before the oil ran out. It sat draining overnight and all day.
Today after school he pulled off the airbox, drained the carb and gas tank, added new oil and filter, then removed the spark plug to add a bit of oil in the head, he gave it a few pulls and lots water shot out of the spark plug hole, it was a good sign it was able to be pulled over. He then put it all back together and ran it up, no banging, clanging or breaking of parts, sounds good! It will need a few more oil and filter changes done to remove all of the water completely but the beast lives!!
Dallas drives his quad HARD, just like any other 17yr old boy would I suppose and it just keeps going and going and going! Its Honda strong, that's for sure!

He did the right thing by opening it up and letting it drain out. Are you building a cabin? I was thought of doing that or buying an existing one on land. What would you recommend?

Yes, we are building a remote cabin.
It all depends on how much of the right tools you have to build, it also depends on the time and energy you have/want to spend building, it also depends where it's being built. Ours being remote is hard to get supplies out to in summer, just a few weeks back we had to get the boat out there before the trail thawed and lake brokeup or it would have had to wait till freeze up again.
I will be posting more about our build once Jay is home from work next weekend, he has the swing arm bearings to do on one of the quads before we can get out there.

Are you guys building this as a get away or to live there? That sounds extremely remote. How expensive is it in tundra land for remote property?

We are building in hopes of eventually moving out there. Remote land is hard to come by around here, we really lucked out with this property. Our lot is 15kms from one main highway (summer trail) and 12kms from the other highway (winter trail). You can make it in by quad but it is best going in with the argo, there is lots of floating bog and muskeg. We aren't quite a tundra, we have big awesome old growth forests around here :)

Here is a drone shot of our lot from last spring Last summer when our build started 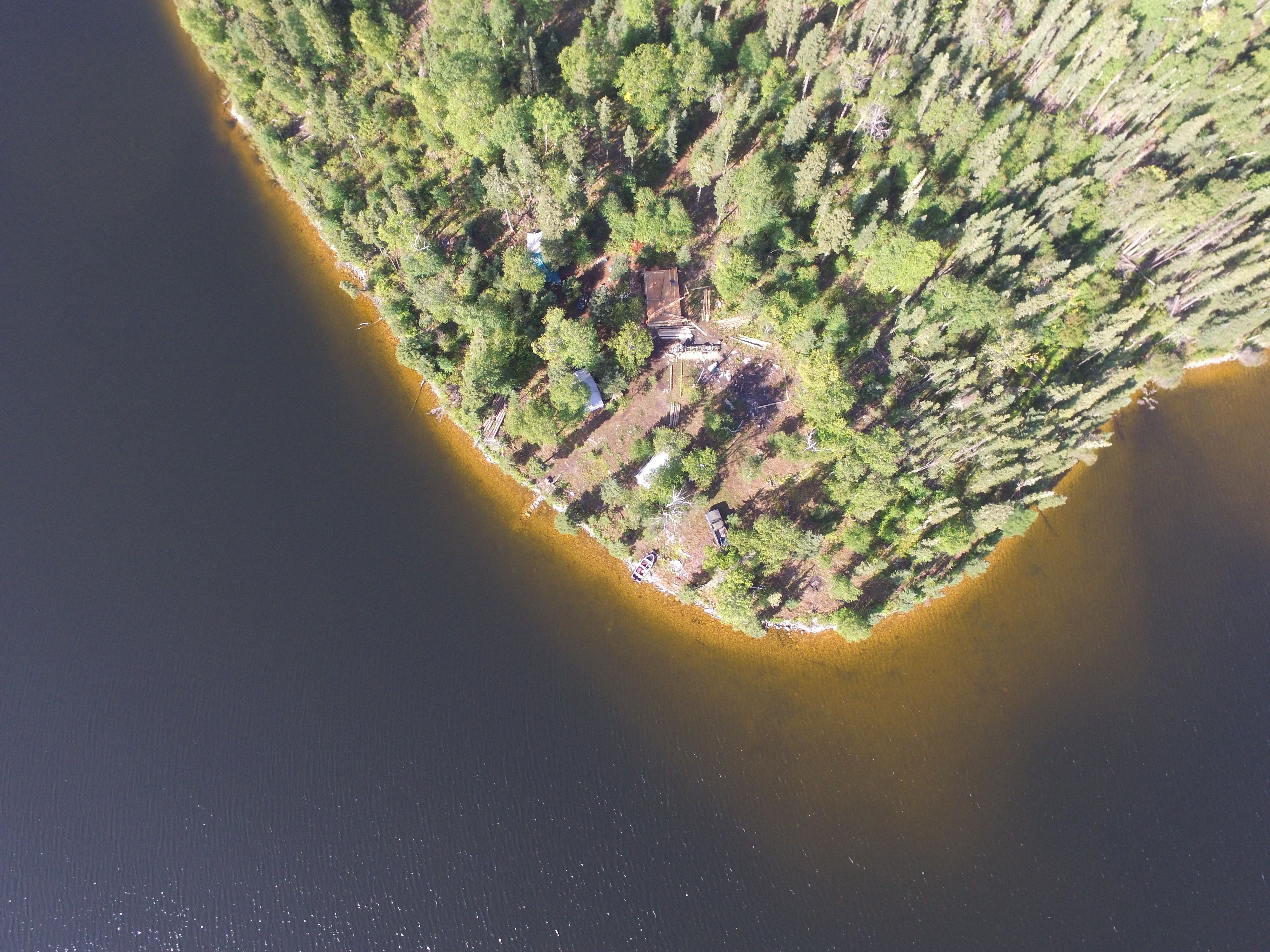 Love the entrance stone, and DAMN on sinking the quad!

Thanks!
Ya, that kid is a bit crazy! lol
Dallas bought that quad on his own so I don't really care how he drives it. Wanna drive it like a maniac and break it? Fine, you can also buy the parts and fix it yourself too! 😂
I am actually surprised he didn't drown it on the cabin trail last year, there was a really high stretch on the trail and the water was coming over the front rack in spots (there is a video posted aways back on my page).

Hahaha! Hell yeah make him fix it! Awesomeness right there! Damn that is deep, so when it’s that deep you use the Argo correct?

Well, there was a trail someone made that went around the deepest part, the kid just likes to push his luck, lol. When we use the argo it all depends really on what we need to take in and if it has rained lots or not. If I am going in without Jay I would normally just take the quad.

Topsoil and some manure, I hope to have a good growth in there this season! :)

Wow I really love the idea of the rocks arpund the garden bed!!! It's really beautiful. And the sand, what is it for?

Thanks!
I've read that sand keeps out the slugs (sand is sharp so it cuts their bellies) so it was worth try...plus it will help keep the rocks upright! :)

Ah nice to know. It makes sense too. I thought it may have aomwthing to do with keeping critters away!