Lord of the Craft - Minecraft: Flay vs Norland Skirmish 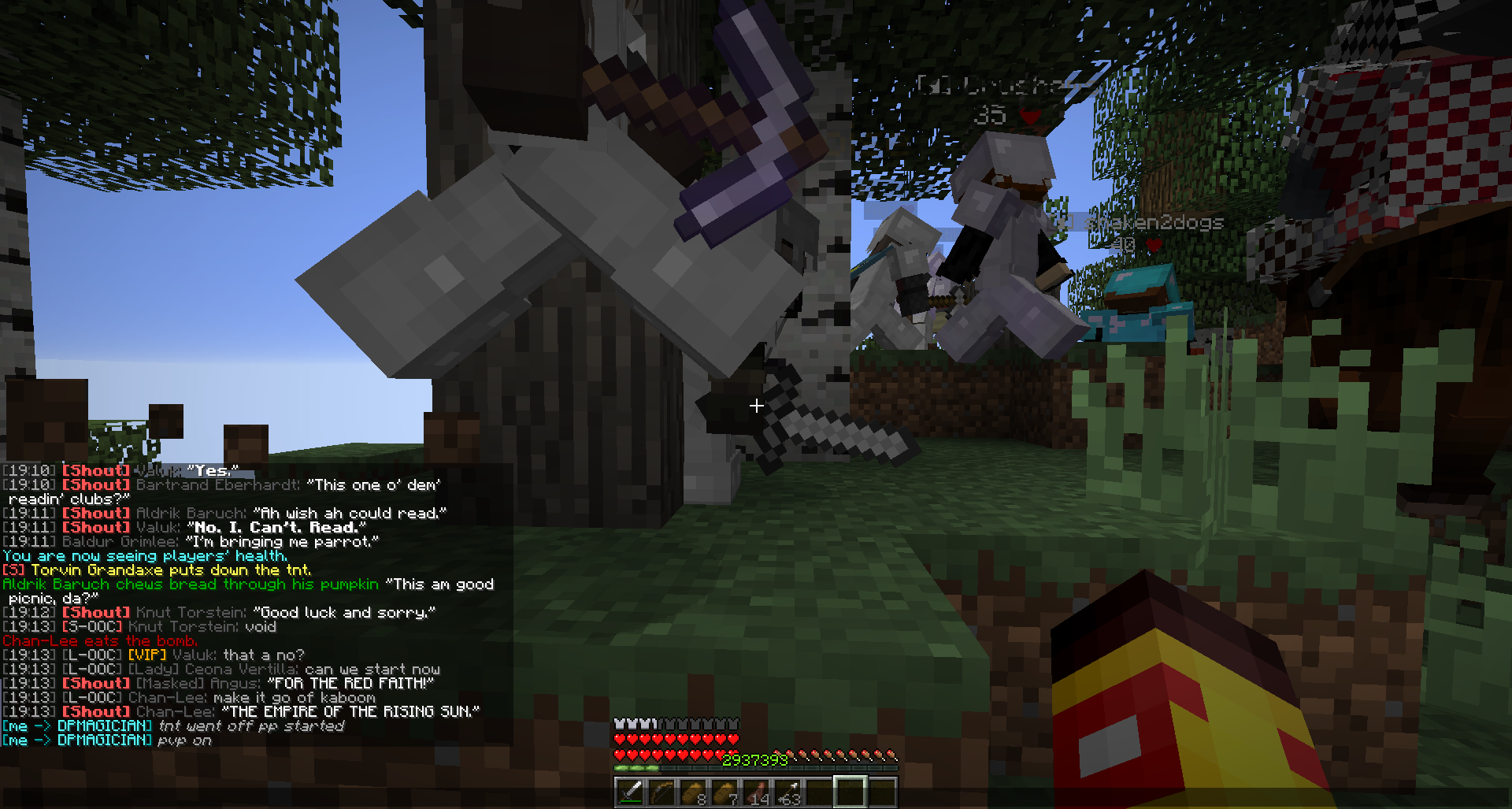 What is 'Lord of the Craft?'

Lord of the Craft, or LoTC for short, is a Minecraft RP-PvP server where players create a character and join a persistent fantasy world full of hundreds of other players, as they play their character out writing their own story with endless possibilities at every turn. I always tend to lean towards making more combat-oriented characters, which lead towards tons of action, conflict, political tension, and war. An example of this is a massive 150v150 player battle I took part in fighting a few months back on the server, and it's just one of many.

The Romstuns had captured his majesty, King de Savin of Santegia. Word quickly spread as the Santegia troops rallied together with a handful of Nordanic Knights in a joint-effort attempt to rescue the King from Romstun hands. The joint forces moved in on a keep out-skirting House Romstun lands where they used explosives to blow into the side of the fort. There the battle commenced as the outnumbered Romstuns successfully repelled attacked killing most the attackers and routing off the rest.

A video depicting the battle from a Romstun soldier's perspective.

I hope you guys enjoyed!

Submit
$12.39
23 votes
1
Authors get paid when people like you upvote their post.If you enjoyed what you read here, create your account today and start earning FREE STEEM!
Sort Order:
[-]
qtc (51)  ·  2 years ago