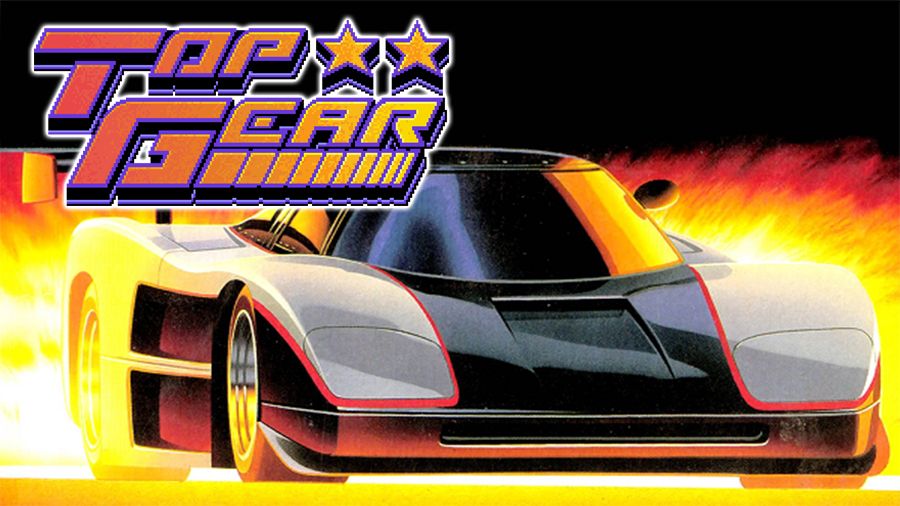 Since I was a kid I always liked cars, I was attracted by everything I had to do with speed, I always looked at Rally races (my favorite) on TV, it was really a thrill to see a race car, the beast to my life my father decided to give me a game on a birthday, went to the mall in the area and gave me a choice, I remember that there were so many spectacular games (I was one of those who only seeing the cover imagined an impressive world) , until I found a car with a big flare of fire in its back on one of the covers, I immediately said "This is it!", could not stand the excitement of arriving at the house and placing the cartridge, from that precise moment Top Gear became one of the most played games in my childhood, the addiction that caused me was really impressive, so I consider it a high importance to dedicate this little post. 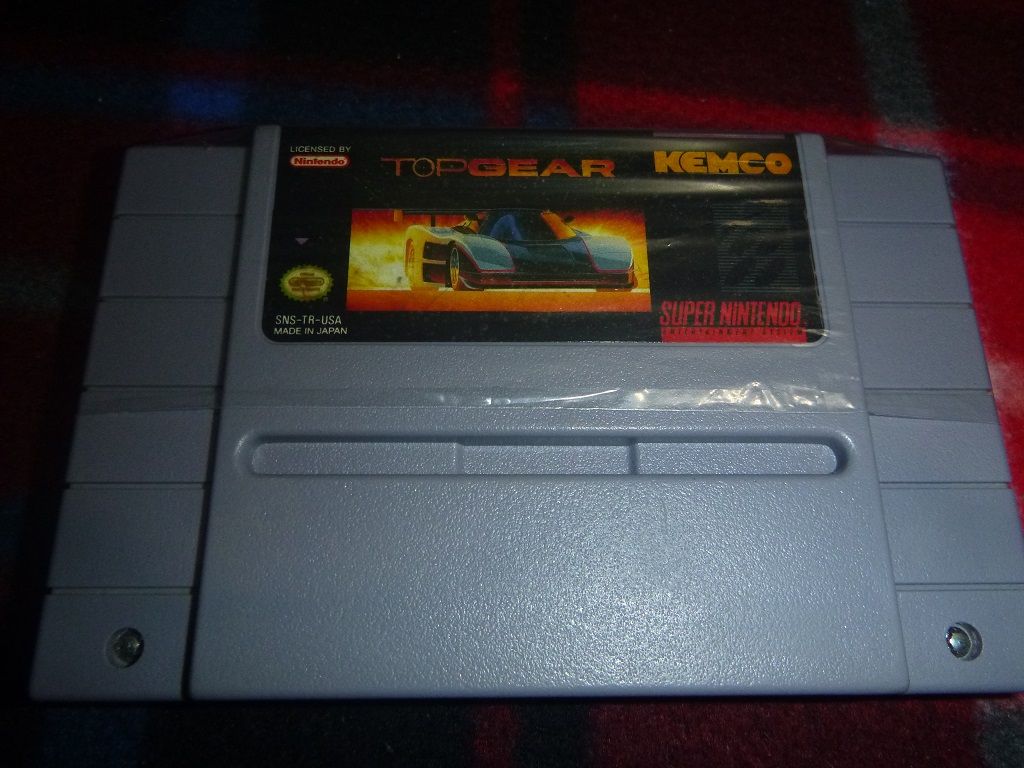 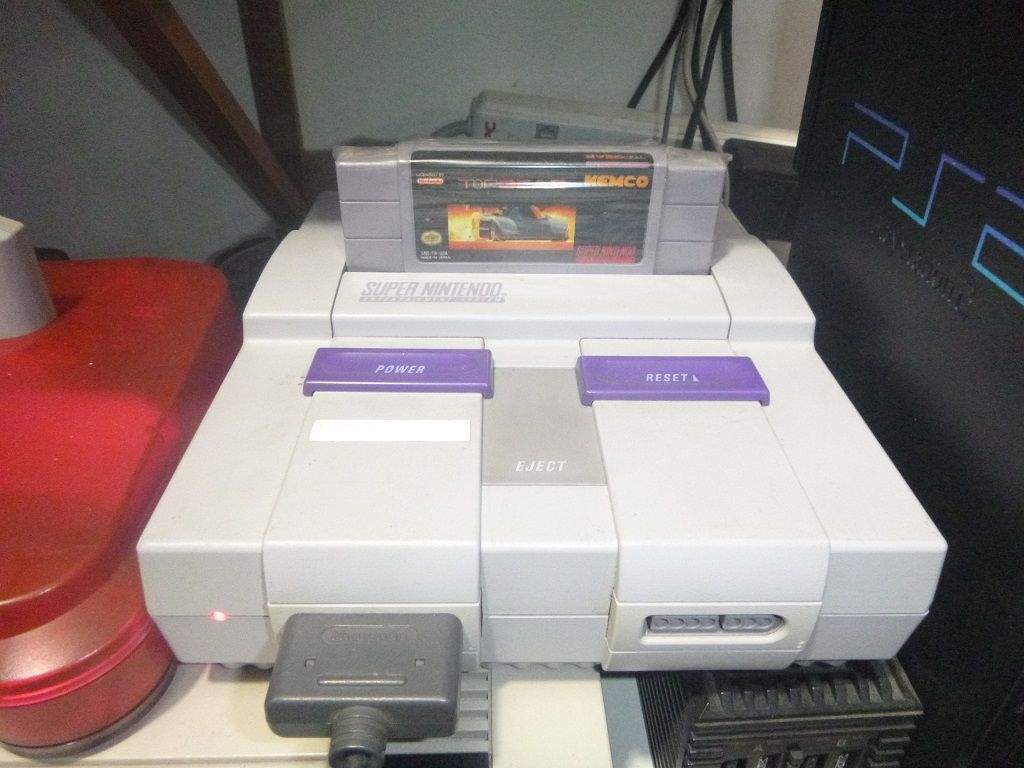 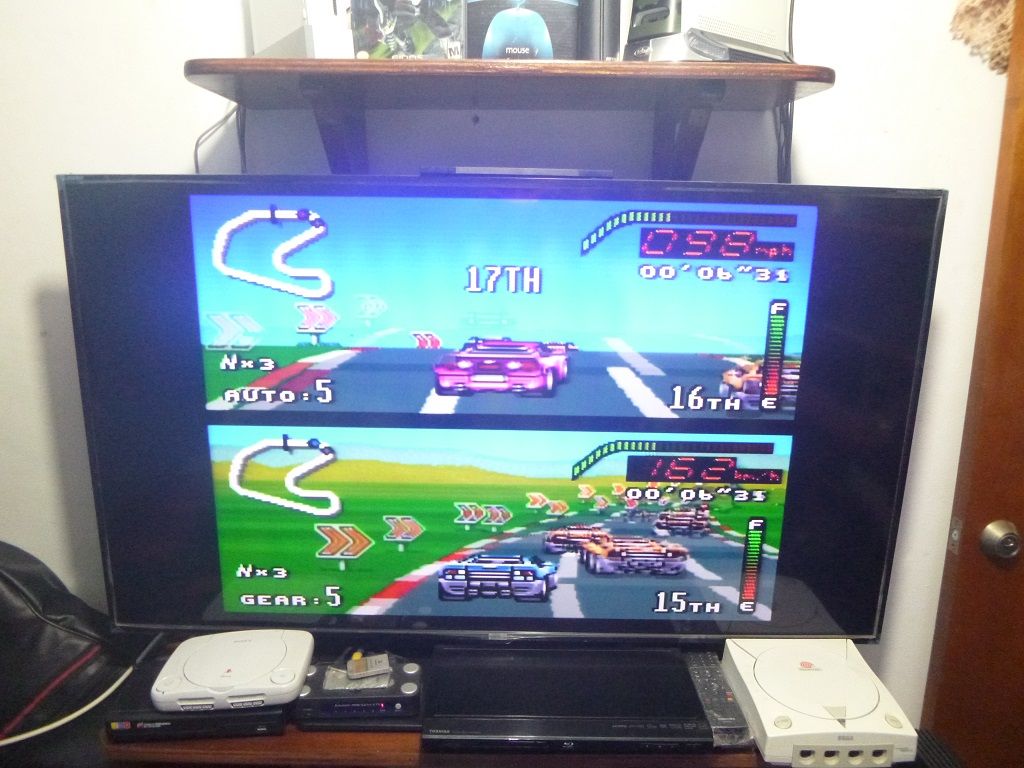 Despite the fact that in the past there were games of races, Top Gear stood out for being the first game simulator racing in the early 90's, it gave you a lot of options and variants that really allowed you to feel good to play, apart from their graphics for the moment they were really impressive, using at all times MODE 7 of the brain of the beast to give a 3D perspective on the races.

The cars were very well designed, the sprites that the artists drew gives the feeling that the car is actually going to the right or left, besides the cars of our enemies we could see clearly when we reached them from the horizon, making their pixels go from small to the size of our car. The speed is felt in a gratifying way, it is clear how our car is gradually accelerating, also when we use the famous nitro, the speed with which the track flows is excellent, if on the other hand we hit against any object, we can detail how it stops the sequence of the track, really is a very careful work by the programmers.

As mentioned above, Top Gear is a racing simulator game, as soon as we start our game we can put a custom name which will be reflected in full load and in the final results, we can customize the control in different ways (one of them play with the control backwards!), something very interesting is that we had the freedom to choose the type of box of our car, automatic that I denominate the easy way to handle and manual that would be for experts in the game, this is because we had to change the speed of the car at the correct speed, if for some time we slowed down we were obliged to slow down, this would raise in an impressive way the difficulty of the game.

In addition we could choose between 4 cars which were totally different in both their form and their performance for the race, this made the race even more complicated because each car was good for some tracks with certain conditions, eg if the track had many straight and curves very open the best option was the red car which was the one that had the best speed of all but its acceleration a little slow, in return the white car its acceleration was very good but its top speed was not very high, for very tight corners it was excellent (this is my favorite car). But here the theme does not end, there is another factor that makes races challenging apart from all of the above, it's the fuel, God that headaches made me go through this! In the first tracks this will not pay attention, however, then we will see the other side of the coin, we have to be aware that our vehicle does not run out of fuel, for this we have the famous PITS that only focus on a part specifies the track (type formula one), here we have the option to fill the tank full or part of it, we must choose wisely our decision because if we run out of the acclaimed fuel we will automatically lose the race.

The game is really extensive, giving us more than 32 tracks, every time we complete 4 of them, depending on our score we will advance to the next championship, additionally they will give us a password which we can use when restarting our console and continue our tour, to take care of our score that we accumulate with the positions, if we are in a low position we will not qualify for the next cup. One of the things that impacted more than one person is its multiplayer mode, it had a split screen horizontally, we could compete in the whole championship with our partner or family, it was really a competitive addiction guaranteed, other than that the game would become more difficult. Blessed are the creators of the music of this game, the melodies contained in this beloved game were one of the best of its time, I still remember the impact it gave me when I heard the first song of the first track, I really can never forget it (sometimes I use it as a ringtone for my phone), each of them are really addictive and fit perfectly with the game, its sound is really simple, I would say it has the right thing for the type of game, the sound of the rubbers , when you crash, the nitro, all well detailed and careful.

At present there are many racing games, which in my regard are slowly being degraded, more concerned about showing realistic graphics than the gameplay and addiction, by this I do not mean that all are bad, but the lack of Interest of developers in creating something new, one of the few to mention some that I leave hours of addiction is Split Second and Dirt 2 (I recommend them in its entirety). I must thank Top Gear for giving me the opportunity to play a high quality racing game in all its aspects, as well as giving me the school for all the games that fit me in my gamer way of this genre. I remember this game very well. I have always played with my brother this game but another and better for me was Mario Bros! :D Pegasus was so cool! :) followed :)

We each have a great game that will forever be remembered, well that you had the opportunity to play Top Gear

Mario was famous game in old time.hey friends also check my blog for movie news and updatescheck it down below

Thank you so much for your great support brother!

It is one of the best racing games of the time, I think I set a before and after in the history of video games.

I miss that game! it wasn't my favorite but my dad's but he can't beat me lol

Thanks for bringing me back to my childhood my friend.

It is a pleasure to teach you part of my life as a gamer, I hope in the future to continue showing part of my collection !!