Today I will show you a small report about this game and how it work , what you must have to play this game , Follow me ..

Is the only game that took created 3 years of continuous development and according to the developer, this new version includes all new and all exterior hand features and good visibility when playing.

New here is your suit or external structures. (Exoskeletons)
And providing in advance and veer under the name Aksu allows a new kind of capacity and traffic that you have not seen before in the series code and these are translated foreign suit details Boost Jump = allows you to jump higher
Slide = quick slide.
Dodge = avoid enemy fire
Dash = move in all directions and you're on the air
Slam = air-to-ground attack using arm

-Exo Shield-shield attached on the arm of your accent.
-Exo Overclock-increases the speed of movement.
-Exo-Device Mute mutes the sound walk.
-Exo Stim-increases the life.
-Exo-Cloak allows you to disappear.
-Exo Hover-allows you to stay in the air for a certain period.
Exo-Ping-show naralado and its motion in your map.
-Exo System Trophy-destroy enemy bombs and rockets.

Some pictures Inside the game : 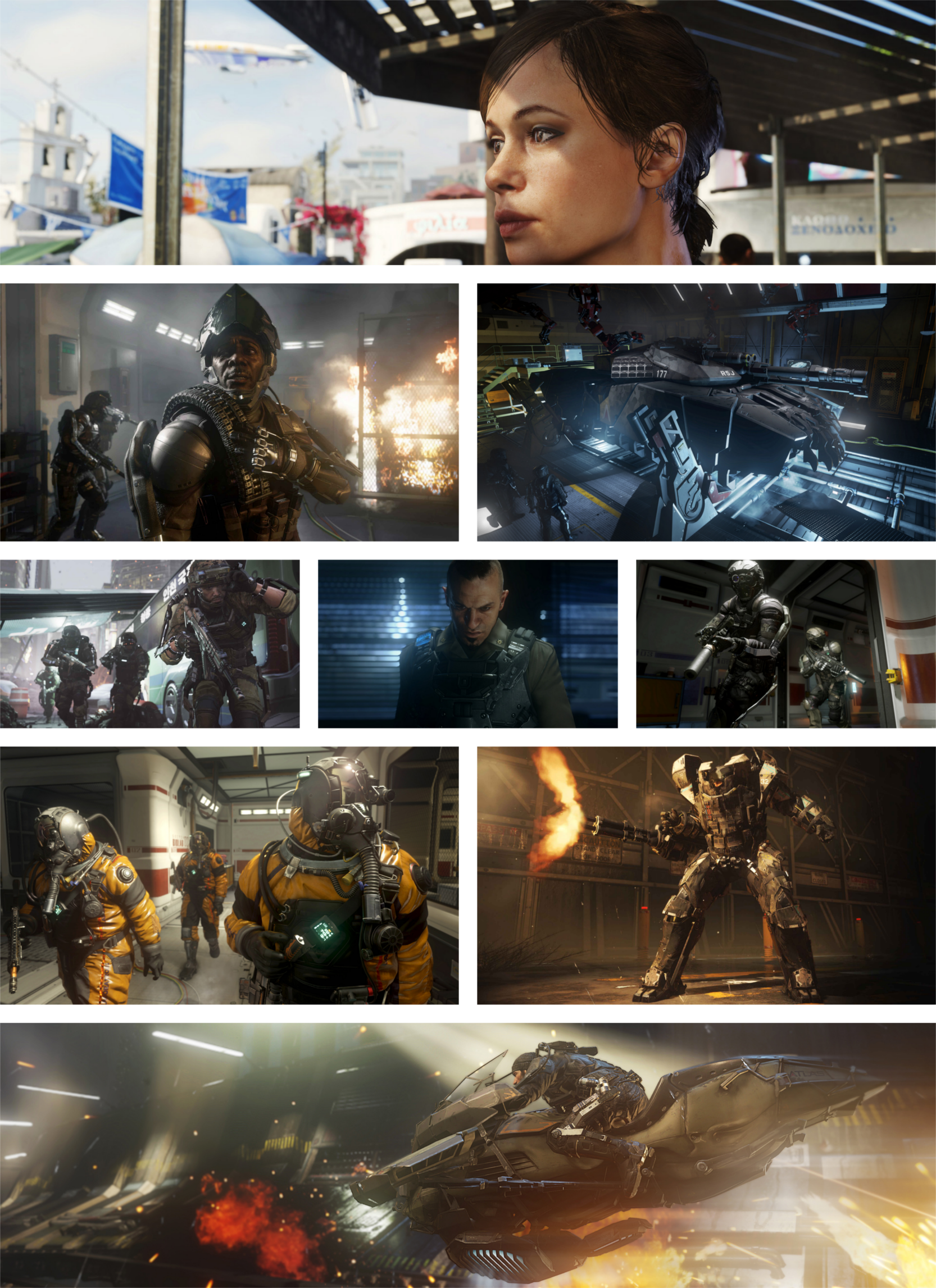 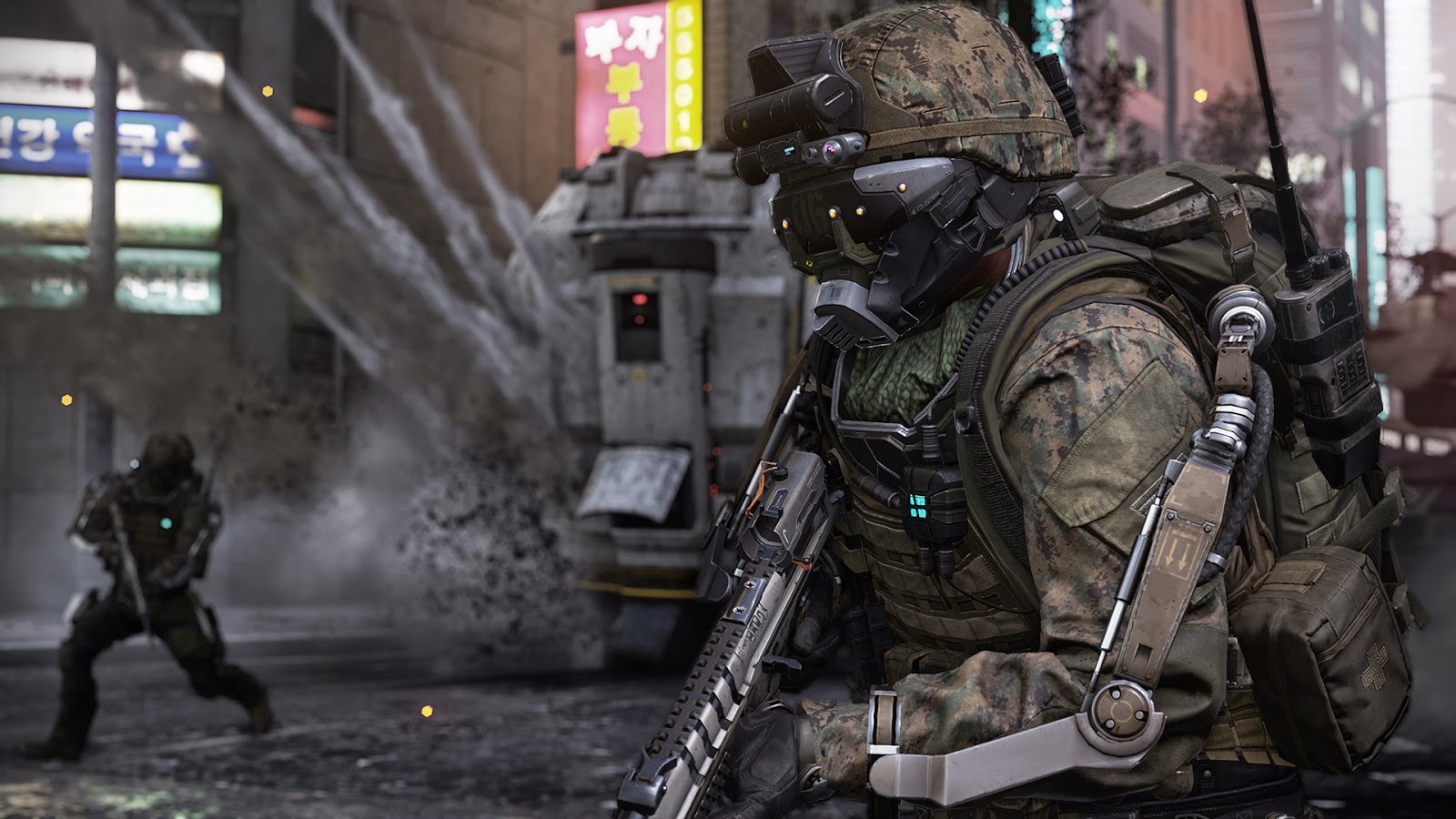 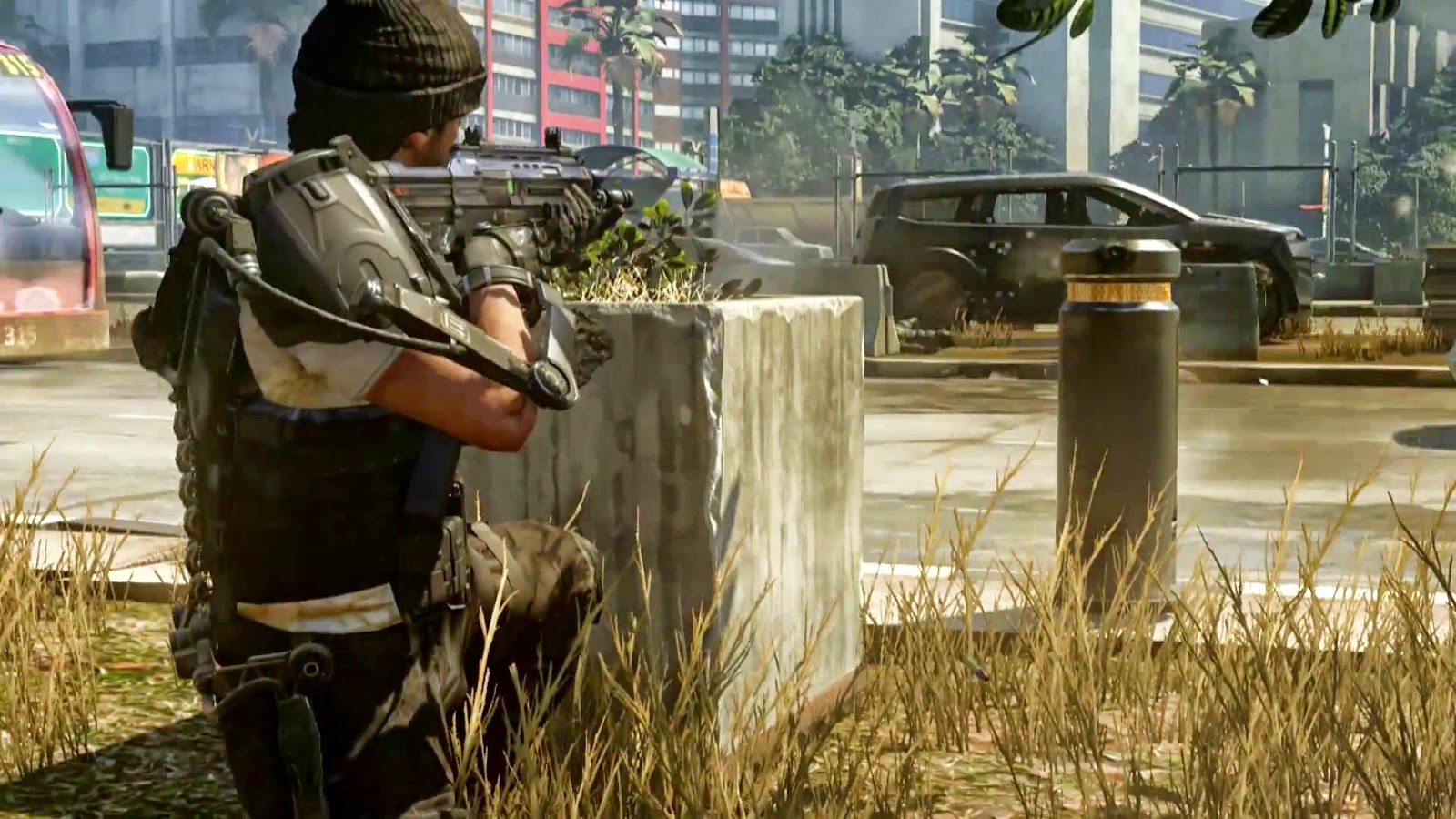 Advantages of the game:

Or the Exo suit give you superhuman abilities as diverse as high jump, hide, slowing down time, evasive moves fast, the arrow and the rope to climb buildings and other things many Elly just changed the inflection pattern and style of the series Significantly and noticeably.
Developed story Lesa Walker Hollywood system with giant explosions and expected events, but add reps like Kevin Spacey who has perfected his role nicely I thought I get excited I conclude the game ashano.
Significant stages of diversification developed the story missed a long series with the linear stages but some broad and appreciate different ways take your choice you like stage where arrow used disguises and rope Felt you up you asasn dangerous!
The biggest change in the process of online COD series since the first Modern warfare, with super powers became known game speed faster than the first! With Super jumps became abbreviated MP3 battles on Earth and had days sniper Elly adjust in the Tower, now waffling and jump and landing alshotkon in his mouth. In short, the evolution of playing style while keeping the elements Elly ago hotfile succeed.
Spoils Fund or Supply drop is similar to the idea of Battlepacks betlvild 4, our Fund is with your achievement for some easy requirements like killing a certain number of certain weapons and to open tegik weapons developer or shields or things The benefit of such rounds radar, some things are rare and will become special if GTK. Or break the Exp points vs uses if you like.

Cons of the game

The problem servers and especially long string allak like COD, note that the developer promised to servers to be independent but looks like he lied to us, for example: to be the server when someone his team undefeated and coming out before the end of the Nntard all round and lost all points and fatigue Hon! Unacceptable and it became me!
Smart bombs in the story use annoying and tiresome with a good idea, and the bomb is estimated to change from using a Flash bomb to EMP for example, problem you should inform the bomb and Press box a few times until you use reached alert and this ydaiia much time especially if enemies what they'd probably die before throwing the bomb.
The cooperative phase Co-op is our enemy regiments and tours will vary for some light gear, fun at first but it is boring after several rounds.
Never get tired Shui in understanding some of the new features and how to use and possible things Miss because they are clearly pleased her. I mean btdatar you discover many things from you. beautiful post,Good Job, keep it up

The @OriginalWorks bot has determined this post by @aymenz to be original material and upvoted it!

great game thanks my friend

Congratulations @aymenz, this post is the forth most rewarded post (based on pending payouts) in the last 12 hours written by a Newbie account holder (accounts that hold between 0.01 and 0.1 Mega Vests). The total number of posts by newbie account holders during this period was 1719 and the total pending payments to posts in this category was $1100.45. To see the full list of highest paid posts across all accounts categories, click here.