technicalwealth (52)in #gambling • 4 years ago (edited) 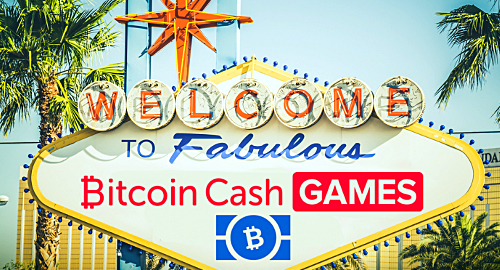 As Ver’s official announcement of the launch stressed, “the BCH network and currency has proven itself to be reliable while also offering transaction fees so cheap ($0.01 or less) they are practically non-existent.”

Usage of the platform (and its native Android mobile app) is entirely anonymous, and thus requires no registration. However, US residents are restricted to free-play action with ‘test credits’ due to our government’s reliably paranoid regulatory environment.

Ver, who was affectionately dubbed ‘Bitcoin Jesus’ for his early advocacy of cryptocurrency adoption, has over the past year become an even more ardent advocate for BCH. These days, Ver might more accurately be described as ‘Bitcoin Moses’ for helping to lead his people out of BTC bondage toward the BCH promised land.

Bitcoin.com’s decision to expand its online casino’s reach to the growing BCH community was undoubtedly driven at least in part by BTC users’ unwillingness to pay through the nose for every spin of the roulette wheel.

In fact, Ver might be better served by shuttering the original Bitcoin Games platform and redirecting its customers to links where they can convert their increasingly anachronistic Segwit BTC tokens for BCH, aka the cryptocurrency that people actually use.

Roger Ver is a fraud.

This post received a 0.042 SBD (0.42%) upvote from @upvotewhale thanks to @technicalwealth! For more information, check out my profile!

This post has received gratitude of 1.06 % from @appreciator thanks to: @technicalwealth.

This post has received a 1.05 % upvote, thanks to: @technicalwealth.

that I think, your post is good, good luck always and do not forget support me.upvot and restem