Funny prison stories pt. 2 / Drinking with a neo-nazi / Almost going to jail while in prison / Race, Lets talk about it...

kenentertainment (57)in #funny • 2 years ago

The other day my co-worker was making racist jokes and it reminded me of a place where your race really matters....prison. So i decided to make Funny prison stories pt. 2!
Back from where i left off on the last "Funny prison stories". I was transfer from prison to a work center, still a prison but very relaxed compared to a prison yard. 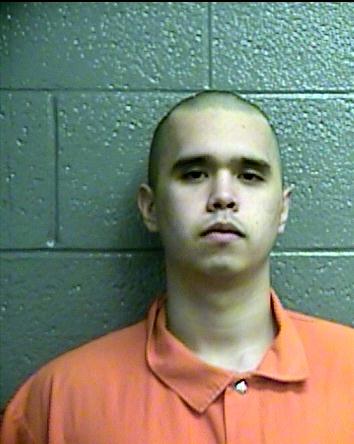 So a work center is a place where they give you a job, so the inmates have cash. You get paid like $1.25 an hour. This work center had no cells just a bunch of bunks in what looks like an old basket ball court, no privacy at all. In my opinion, where this work center was located, they wanted us to fuck up. Right behind it was the projects, so people would throw weed, meth, and pills over the fence. Right down the road was a liquor store. They let the inmates have regular cloths since on Sundays a bus would come by and take those who wanted to go to church. Since the inmates had cash and regular cloths, someone would distract the guard and someone would hop the fence and go to the liquor store. Then come back with...you guessed it a lot of liquor. When i got there it was new years eve...oh boy. A lot of people pitched in so there was a lot of alcohol. 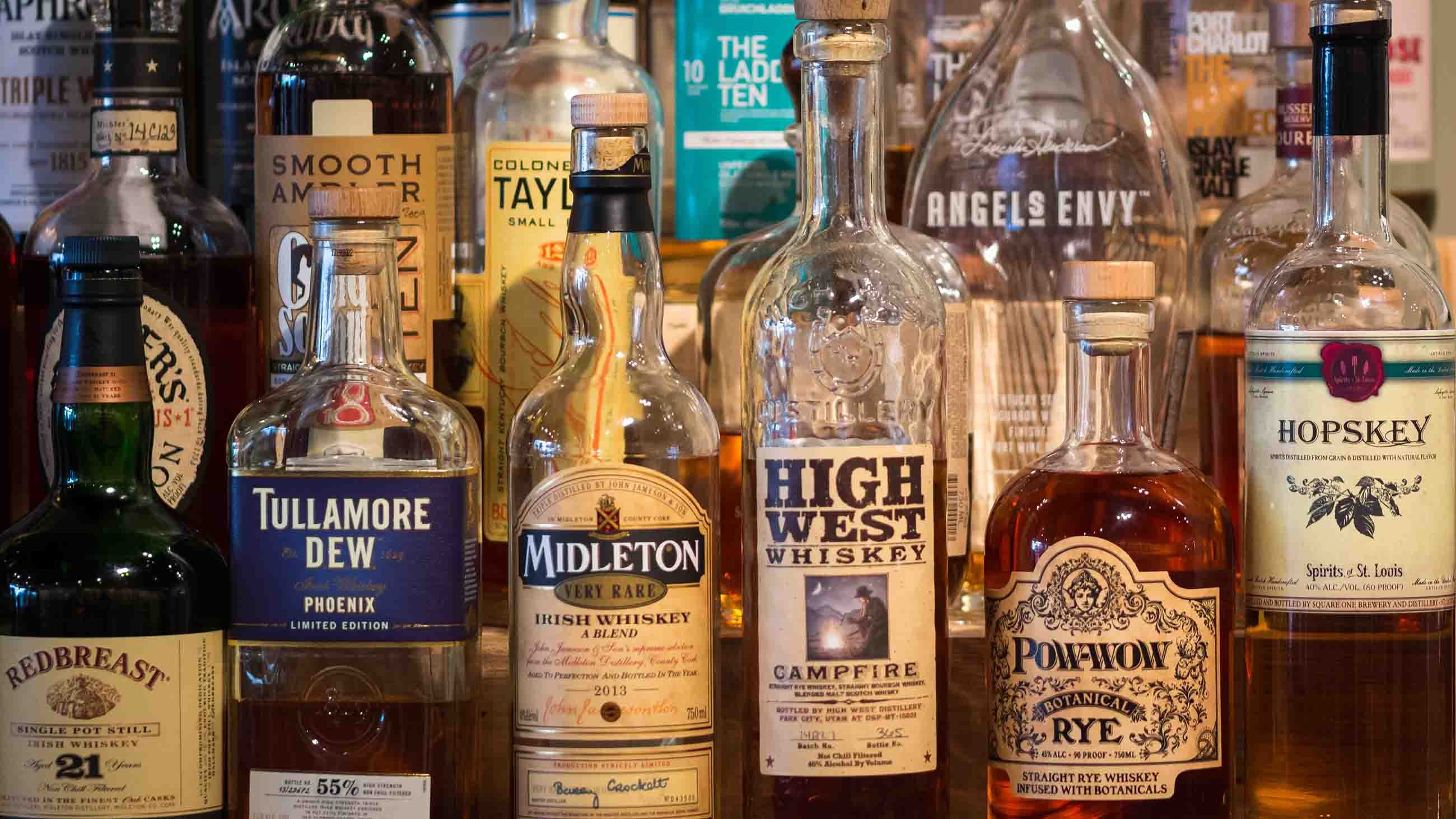 It was my first day there so i'm just trying to figure out who's who. The prison yard i just came from i hanged out with the blacks, so i started to walk over to where they were. All of a sudden i heard "Hey brother", i turned to my right to see who it was. I was shocked when i saw who just called me brother...a huge white guy with swastikas tattooed all over his body. He was obvious he was a member of the Aryan Brotherhood, so i didn't know what to expect, let's say i was ready for a fight. So i approached him and said "whats up", he replied "Are you thirsty"? I said yea, what you got? He passed me a cup and said take drink with me brother. So i did....it was strait whiskey! So him and i finished the whole cup, i was buzzed. We got to talking man to man but in the back of my mind i'm thinking he got me drunk and now he's gonna try to make me his bitch or just whoop my ass lol. After talking to him for 20 minutes i realized that this man wasn't racist, he probably had to join the Aryan Brotherhood for protection, he's been in prison for 10 plus years. We ended up being pretty cool after that. I decided to go to my bunk and just relax. About 20 minutes later fights started breaking out! So i'm watching two different fights, one of the guys fighting was the a guy who had the bunk underneath me. The guards came in mace everybody, i was so close to one of the fights that in inhaled some of the mace. Eyes watering, hard to breath, all that good stuff. The fights got broke up and then the guards started breathalyzing everybody. Since bunkie failed his ...they decided to breathalyze me....FUCK!!! So the guard breathalyzed me a gave me this look..i knew i failed because i was drunk! He pulled me to the side and said "You just got here and i know your young with only three more months to do, Go sit on your bunk and stay there all night or your going to jail" WTF I'm already in prison and he's telling me i'll go to jail, didn't make any sense to me. 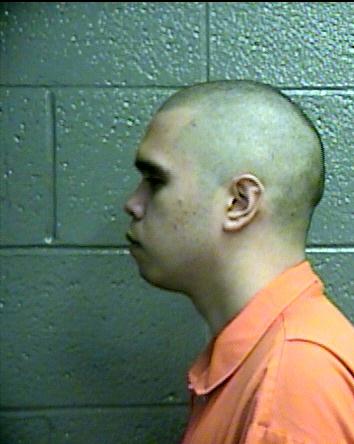 But then i saw cop cars pulling up and arresting everyone who fought or failed the breathalyzer. I got lucky as hell yall! So they went to jail and came back with new charges and time added on to their sentences. I don't remember that guards name but he saved my ass. I hope yall enjoy this story and learnt something from it, thanks for taking the time to read it.

Enjoy and One Love!

Remember to support #thecut, or get cut up!!!

Is this a real life story? Am curious.

"...or you'll go to jail" Bwahahahahaha what a fukn idiot guard.

LMAO ikr, he could have tho and he didn't so i'll give'em a cool point lol. Some guards just love to power trip, they get bullied in school and don't have what it takes to be a cop so they become guards to let their anger out on inmates. I've came across some good ones who are just trying to feed their families but 90% just power trip. Thanks for stopping by bro.

goin in on new yrs eve!!! Thats gotta be the worst and best party ever!! haha!!! man that sounds like a crazy place!!! Bet shit gets propa tense, I go crazy if I cant get away from people once in a while. Do the inmates produce stuff, as in, does the prison make money? just wondering cos you said 'they wanted us to fuck up.' makes sense if it makes em money.

Yea it was crazy bro, saw so many fights my dude. Yes they make money of us becuz if you get a job which you will. You only get like 1.25 per hour and it could be a job like building stuff for the state which would normally pay 10 plus a hour...they pocket the rest of the money.

yeah people in prison = money for them!!

That's why the USA, aka the "land of the free" has more prisoners than every country combined....SMH...I haven't been in jail or prison for 7 years and i don't plan on going back. Prison is a business here, it's a part of the stock market!

Reminds me of the Prison Song from System of A Down:)

LOL, i used to listen to System of A Down

YES YES!!!! I aint gonna lie to ya, I got a load to do and not enough time!!! But this is fuckin awesome man!!

Man I was pretty immersed reading this. Sure you have many more stories to tell about this. keep it up:) It's all a money making business these prisons

Thanks for reading and your feedback my dude. Have you read part 1?

thats a crazy story man!! your lucky you dodged jail in the end too man! so were people sellin the drugs in the prison or if you grabbed the shit they threw over was it yours? and how did the inmates smuggle all that drink in??

Well since the inmates had paper money and church cloths they'd hop the fence to get the drink, since the projects was right over the fence inmates would hand money threw the fence and then the drugs would fly over. The dealers would charge double since if they got caught it'd be a more serious crime. Yea the inmates would share with their people aka people with the same color skin. The blacks had mainly buds, the whites had the harder stuff like meth. I was very lucky brother.

wow that sounds crazy man, so inmates could hop the fence, did anyone ever just leg it and run away to freedom? makes sense that theyd charge double,its mad how they can pay 1.50 and hour! inmates should be gettin more than that.

One guy jumped the fence to meet up with a girl from those projects and never came back, they found him a couple days later knocked out, face down and naked on the side of the road! Fucking crazy bro, i think he tried to rob someone and they beat the shit outta him and ripped of his clothes. I never saw him after, he got transfer to a max security prison and they added like 10 extra years to his sentence. About the money thing....it's modern day slavery my dude! SMH

dam! Thats defs a botched escape attempt right there! 10 years for that! fuck that itd make more sense just to do your time.
what was the first day out like after prison? id imagine the freedom would be amazing
yeah man its defs modern day slavery, with the wages they pay, the whole idea of prison is fucked up imo, could u do courses and stuff in there too?

Check this out - https://steemit.com/thecut/@kenentertainment/ill-moot-33-5-part-1-the-k-e-n-entertainment-edition
Part 2 will be posted in a couple hours, part 2 has a lot of freestyles, you're gonna love it brother!

will check this out now in a while bro! i think i watched some of it last night but i was a bit drunk lol

lol i got drunk last night too!

My first day out was like losing my virginity! Felt like i was on top of the world bro. You can take GED classes but that's about it

haha yeah man getting back to all the stuff you miss would feel deadly !