There were things I used to love when I wasn't vegan. I thought I may have to give them up.

Today I made the vegan versions of them. Buffalo wings super hot used to be a favorite of mine. My friends and I when living in Hamilton Ontario Canada, used to drive an hour to cross the border to Niagara Falls New York to go to our favorite wing place. I don't remember the name, but they were famous for their buffalo wings. 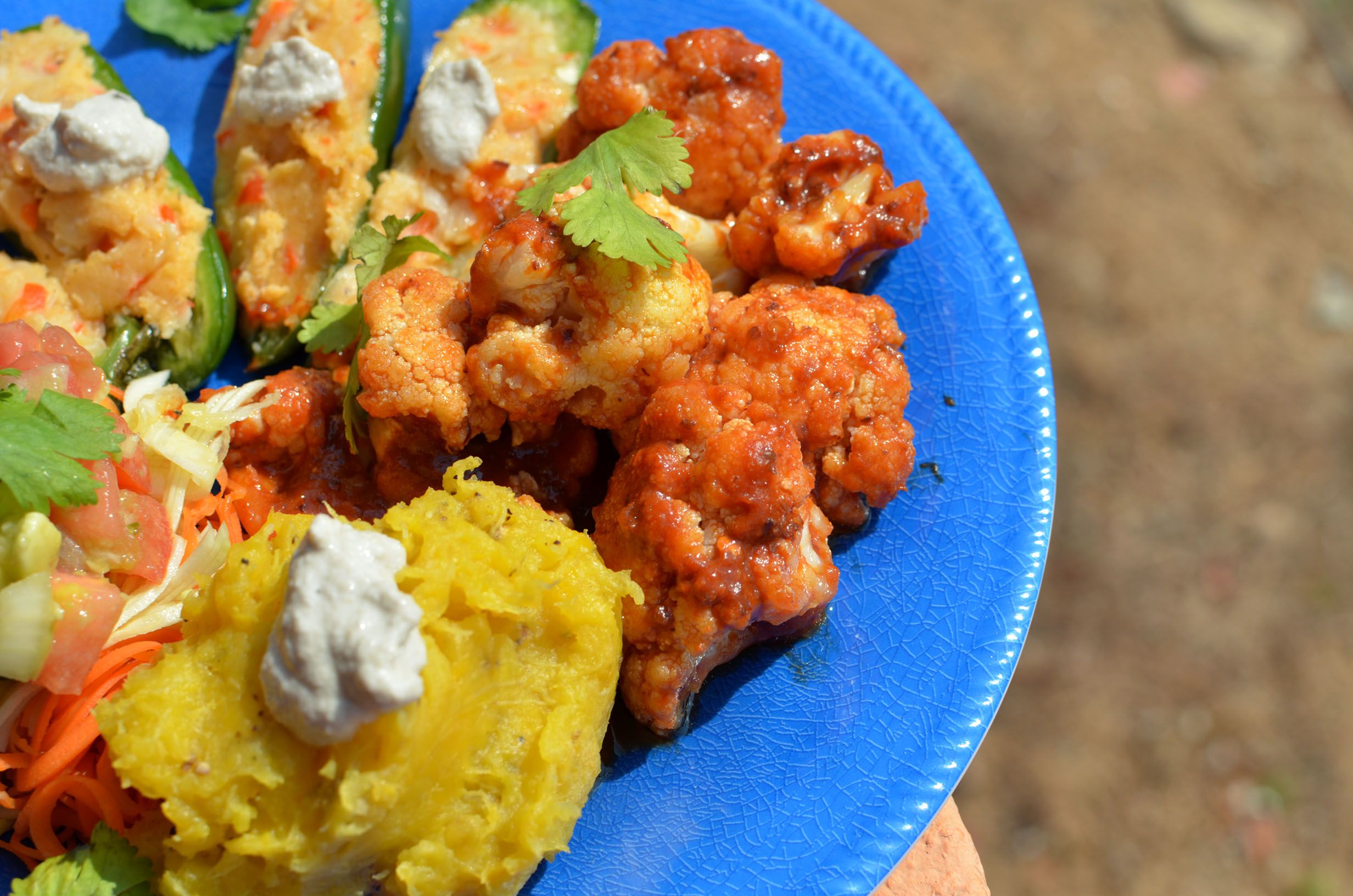 I would get them super hot. Suicide. But now I don't care to eat animals so I made the vegan wing substitute. Cauliflower wings.

The sauce was made with smoked red peppers. They were dry but I boiled them and then blended them with garlic vinegar lime juice and my go to sweetener, which is raisins.

The cauliflower was sauteed in oil even though I usually don't use much oil, I decided I just will. What are you going to do about it?

They were seared until golden then tossed in the sauce.

Another snack I used to absolutely love was jalapeño poppers. Who doesn't love them? I made a vegan version by searing the peppers in a little oil then stuffing them with onion, garlic, red pepper, which was mixed with tamale flour. Just enough flour to make them into a paste.

After I steamed the stuffed peppers. When they are properly cooked the stuffing will be firm. 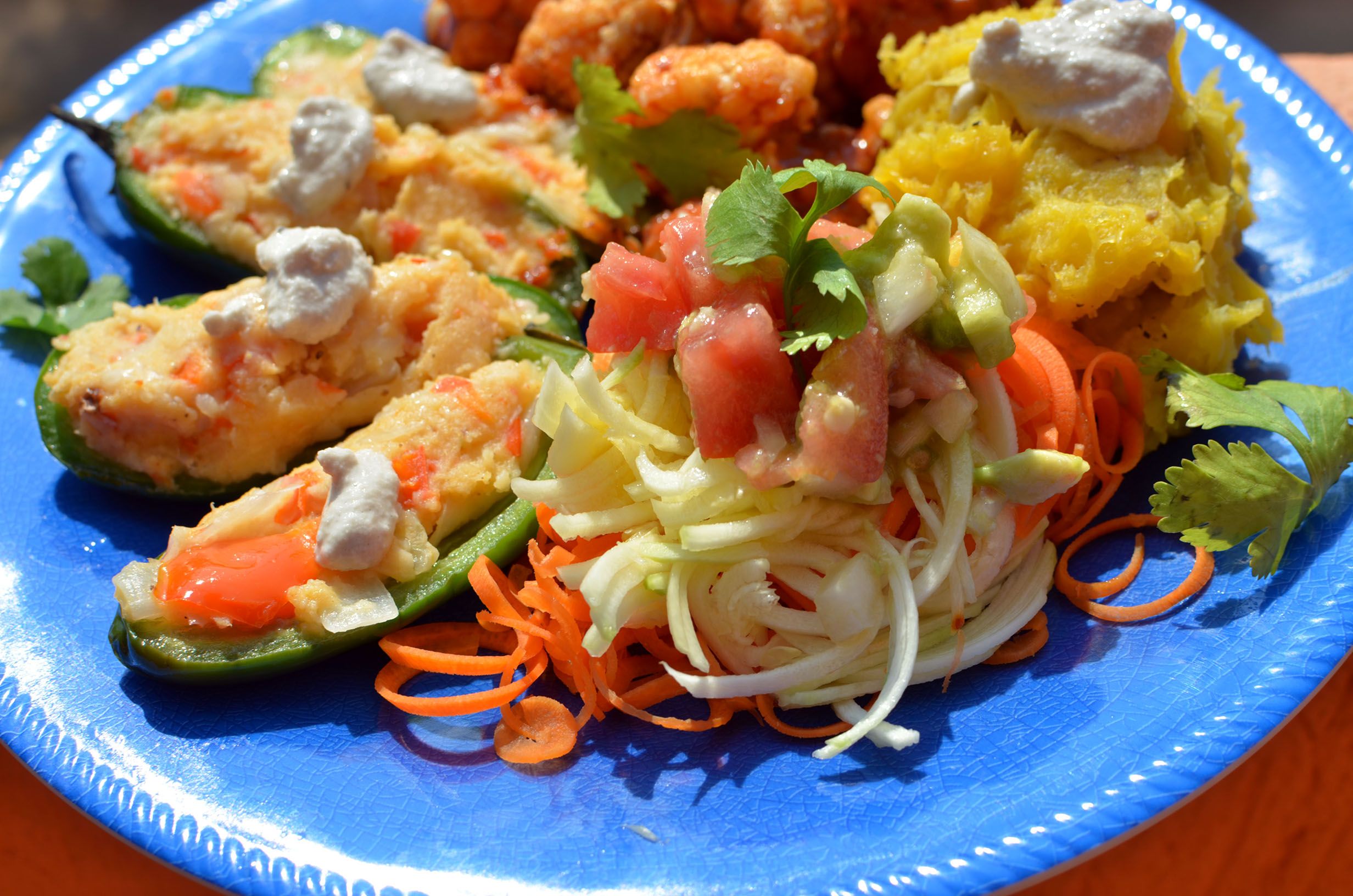 Plantains have been my new thing here in Mexico. I didn't give them enough attention before so now that they are all over the place, I am just loving them.

I made a salt and pepper plantain mash along with a carrot, zucchini salad topped with avocado tomato salsa. 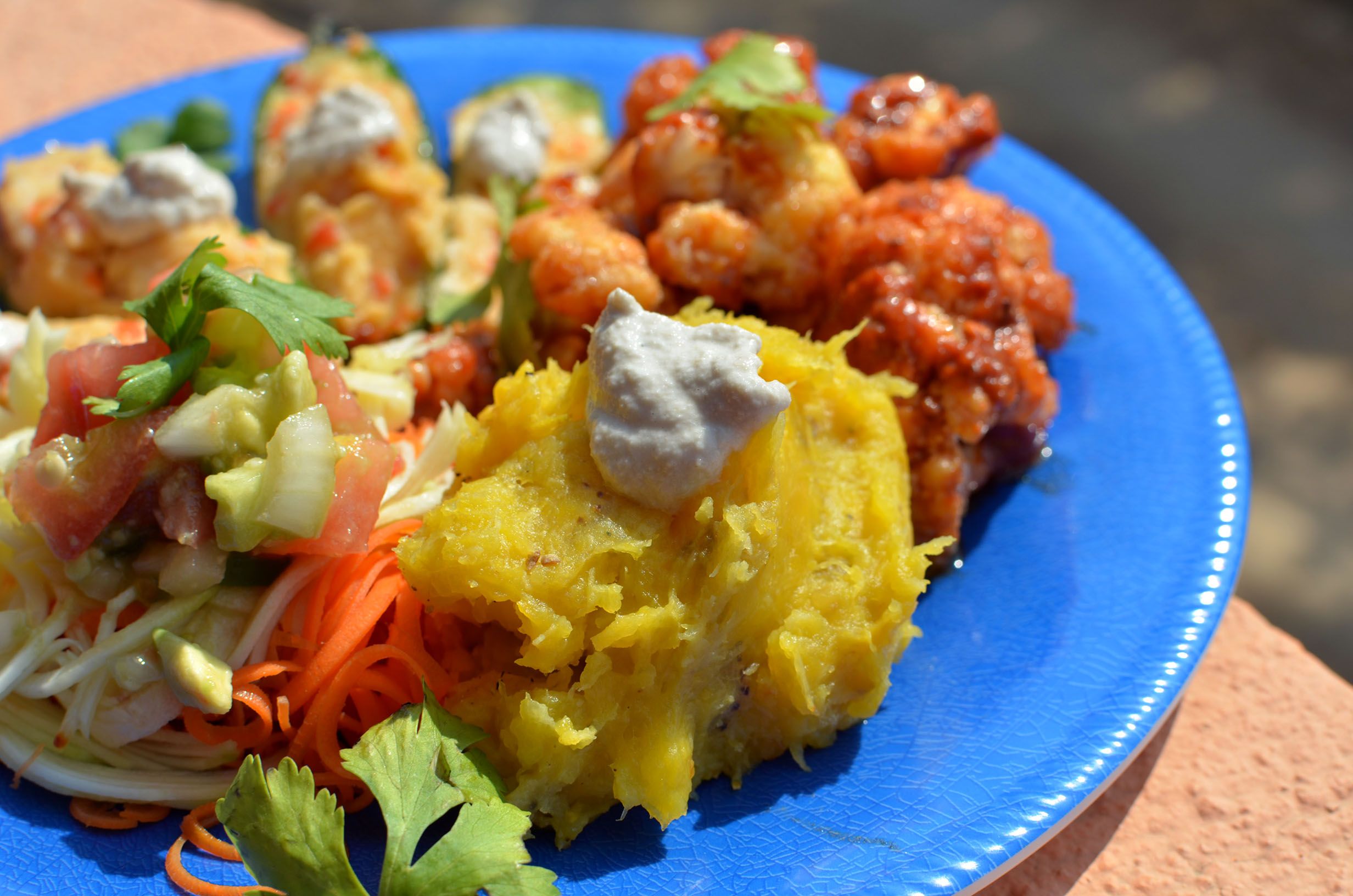 The plantain mash and the jalapeños were topped with a dollop of vegan cream sauce made with sunflower seeds with are less expensive than other nuts here in Mexico. I added lime juice salt , pepper, water and blended it in my magic bullet which is really magic to me. As a None vegan i have to say this looks amazing. I may try and recreate this but dont think it will lool as good as that!

Everything looks delicious - especially the buffalo cauliflower which is one of my favorites.

i just upvote this post. yummy food & how much tasty it is?