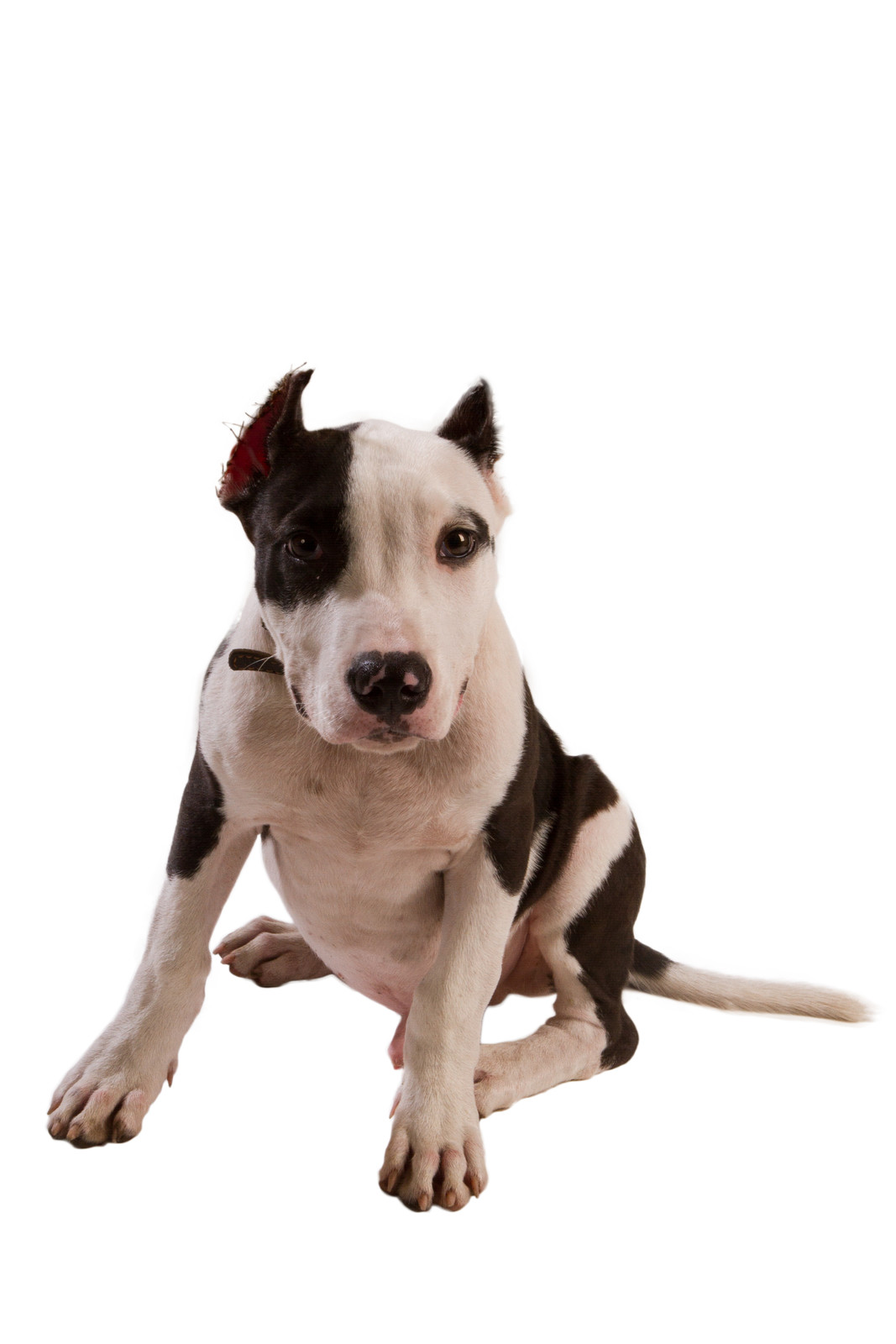 :A god is in the shape of a doggo, to travel the mortal realm:
Using godly powers for pets FTW -- RecklessPrudence

People often wonder what it would be like if the Almighty came to earth to see the hatred and strife that humanity perpetuates on itself. What people forget is that God is love. And there is only one mortal form that holds only pure and unconditional love. It has four legs, and a waggy tail.

Grace was not thinking any of this as she sat on the stoop, freshly evicted, with all the personal belongings she was allowed to keep in a cardboard box. No job. No hope. Not even money for a meal. And the growing fear that she would die on this stoop and nobody would care. So far, she had yet to stop crying.

And something licked her hand.

It was a pit-bull cross. One with a patch over one eye and a lopsided 'saddle' patch on its back. And it seemed happy to see her. No collar. No sign of an owner. Grace scratched it -no, her- between her ears. "Sorry, girl. I ain't got nothing and nowhere to go. You're better off with anyone else but me."

The dog sneezed, shaking her head, and nuzzled at Grace's hands.

Somehow, she had the courage to leave the stoop and head for the nearest women's shelter. The staff didn't question the dog, but they did give her two weeks to sort herself out before she had to move on. And they were completely unmovable about that time limit. Nobody fresh out of a disaster ever sorted themselves out inside of two weeks, but that was all the time she was allowed. They could only hold so many at a time, and funding had been cut.

The dog helped her stay warm in the thin and scratchy blankets, that night. Come the morning, she had fetched an inexplicable container of coloured markers. Grace filled her hours between therapy sessions and life skills classes by drawing on random pieces of paper or cardboard. It took her a few days to get used to art, again.

Her ex told her that her attempts at art all sucked. That nobody would want them. The rest of the world proved that a lie. The staffers and occasional visitors from the law actually paid her for her pieces. Even the warm-up sketches she'd done of her dog.

Grace gave her adopted/adopting pooch a green bandanna in lieu of a collar, and got enough money from selling her pictures to rent a tiny closet of a space in a crowded building with a communal bathroom. A few more sales, here and there, and she could have enough to buy a cheap easel, a sheaf of A4, and a child's watercolours set. She set up on a corner and made beautiful things, selling them for whatever people thought they were worth.

Life was bare. Food came from the carts that were also on the corner. But people came to pet the dog and paid a base price for art that they'd seen happening. Those who stuck around got a brief tutorial on the techniques she was using. It was enough to keep Grace and her dog, Pal, feed and comfortable.

One day, a man in a rather nice suit stayed to watch her paint for half the day. He even recorded her doing one piece from start to finish. As he was about to leave, he stuffed a bundle of notes into her donations box and gave her a card.

She hadn't known that there were studios in New York, any more.

The next day after that encounter, Grace turned up with her easel, her kit, and her dog in the offices. There to film an audition. She got Pal to pose for her, and showed a disinterested camera crew how to paint from life with watercolours on paper. Grace was thanked for her time, given a few thousand dollars, and told that she would be contacted.

And she heard nothing more until mid-winter, when business was slow. The opportunity to work in a nice, warm studio was one she leaped at. Her scheduled tutorials included tips and tricks such as how to clean a dirty pallete, stretching paper so that it didn't wrinkle, and how to construct her homemade rig to keep the weather off of her work in progress, if not the artist in question. And every show, Pal did something adorable that kept the audience tuning in.

Grace had enough money to live comfortably in New York. And dress the way she liked. She always biked to the studio, no matter the weather, with Pal in a passenger basket. She always used the kinds of material easily available in newsagents or 99-cent stores. And she always slowed herself right down to display a new technique.

Needless to say, her ex was the exact kind of person to turn up and try to exploit her wealth and charity. His final argument after all her other refusals was, "You wouldn't even be here without me, bitch!"

Grace was strong enough, now, to take a deep breath and say, "Pal is the only bitch here, Dwayne. And to state the blunt truth, I did get here without you. If we were still together, you'd have probably beaten me to death by now. At best, I'd still be poor, and with a self-esteem so low that someone like you looked like my best chance. Go live your life, Dwayne. Maybe one day, you'll learn to be a decent human being."

Security dragged him away as he started screaming death threats.

Two weeks after that, Pal tripped her for the first time their lives together. Sending her careening into a nice young man who actually watched her show so he could fall asleep at night. They hit it off and, the very next time Dwayne turned up, it turned out that he was an ex-SEAL with PTSD and lightning-quick combat reflexes. Pal was good at detecting any other episodes, though, and derailing them with her nose or tongue.

And, years later, when Pal finally passed, she was buried with the epitaph, Dog is god spelled backwards. She has merely gone home.

That is an AWESOME story. I was thinking the same thing...that dog is God spelled backwards.