So, she seemed bent on sharing all these flippin' details with me. I mean, I get it, we were neighbors and all, but never close. Never chatted much beforehand, a couple fence conversations about the weather. She borrowed my hedge clippers once. And then one day, she's knocking on my door, face white as a sheet. Says every time she's been out driving over the last week, she sees flying saucers in the sky, arcing from horizon to horizon. She said that, "flying saucers". Now I didn't press for the details, she was obviously stressed, in a far-off headspace, instead I just poured her a glass of lemonade sat with her until she calmed. Her eyes dewy, expectant, little locks of silver curling around her ears. It was something like a week later, I'm in the kitchen doing as a retired man does, making a sandwich for lunch, turkey. This faint knocking, more like footsteps on the porch. N'fact, could have been mistaken for footsteps wandering the porch... and there she was, this time telling me how she had this odd sensation when doing laundry in the basement. Like there was someone behind her, watching her. Said she turned around and, nothing. Said she saw little flashes out of the corners of her eyes, turned to look, but nothing was there. I told her she looked tired, maybe she just needed some rest. I don't know, she sort of looked at me, coquettish? No, couldn't have been that. She had these flat lips, a rumpled brow. She was out of sorts. M'not sure, you know I've never been good at reading people. And I bet it wasn't two nights later. I'm in bathroom, on the toilet, book in hand when I heard this light tap-tapping on the window. I'm sitting there finishing up, and the tapping persisted, got a little louder with each passing minute. So I flushed, pulled the curtain back and there she was, standing in the dark looking sad as the dickens. Feeling bad, I pointed to the front door. She came in, told me all about these chilling coincidences that kept occurring. Three times in a day she parked next to a single women in her exact same car wearing the exact same outfit. Three times. Two different news stories, both about a woman with her mother's first and maiden names who tragically fell out of a window, died. And her pet parrot screeching "behind you" and "saucer" all day long. I mean, she's actually sobbing at this point, and I'm doing my best to comfort her in what's probably our eighth conversation in as many years as neighbors. It was strange, you know, awkward. But I put my arm around, tried to provide comfort. Told her maybe she needed some time, maybe she should get away for a weekend, clear her head. Age and silence can get to a person. The following night, again. Was standing at the kitchen sink, cuppa tea in hand, gazing out the window, lost in thought. This strange white blob waving back and forth, startled me, 'til I realized its just Jane again. My eyes adjusted and I saw she was flagging me down, her white sleeve reflecting the scant moonlight. On my couch this time, she told me she took down all the mirrors in her house. Said they were creeping her out, thought if she looked into one of them she'd see somebody standing behind her. She apologized, said she knew it sounded loony. I took a risk, suggested meds, just to take the edge off. Find some calm. Said I thought she sounded a little wound up. She agreed. Something wasn't right, you know what I mean? Her increasingly frequent visits, each one pregnant with all of those fears and worries. But I didn't tell her that. I just sat close, listened. 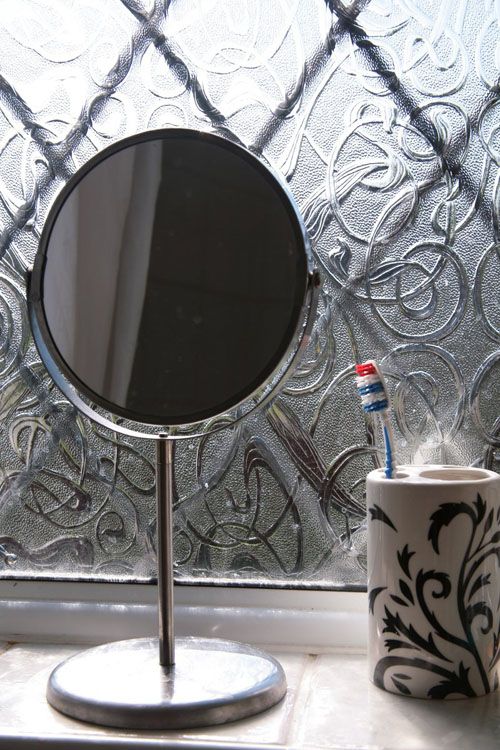 Following morning, someone's tapping on my screen door just as the first sip of coffee hit my lips, paper splayed before me. Looked as though she hadn't slept for days. Now, there were these recurring chills going down her spine. Not the sort you brush off with a quick shiver, she said, the ones that start in the spine, travel up the scalp making every hair stand on end. Said she had them all night long. She managed this little smile, held eye contact for a bit, then traced the table to the corner with her eyes. I was a little stuck, didn't really know what to do. It's a pretty morning out, I told her, suggested we sit in the rockers, relax and watch the world go by for a little while. Just breathe and watch. She agreed.

Well, we were sitting there, rocking while the early sun was cutting through the maple trees lining the road, quiet. Every now and then a car would pass by, a bird would chirp in the distance. And then the neighbor's little Chihuahua, clearly agitated about something, started barking like hell. You know how little dogs do. Jane rocks forward, gets up out of her chair. She walks down the stairs, across the sidewalk and the road, onto the neighbors yard directly in front of the barking Chihuahua. Then, from beneath her shirt, she pulls out the biggest damn revolver I'd ever seen, blows the dog clear into next week, little mushy bits of fur lying all over the grass, on the neighbor's shrubs. She then bends over, picks up the biggest chunk and rubs her hands all over it, turns back to me with a smile even bigger than her gun and yells, IT'S REAL! So I'm just sitting there trying to process when she turns on her heals and starts walking back across the road, blood coating her arms to the elbow, swatches of red all over her face and clothes. And just as she makes it to the double yellow line, that's when it snapped, the huge, dead maple in her front yard. The thing dropped so quick, right across the road on top of Jane, killed her instantly. And that's when I got to thinking.

* all story images are taken from either pixabay.com or freeimages.comand are free to use under creative commons
* original story - content belongs to Daniel Shortell

Wow. Well, yes, that is also right around when you got me thinking. Geez. Wham Bam Shoot the Dog and Squash the Ma'am. The End.

Bwahhaa, this piece shows no mercy to women or our K9 friends (apologies to both...I do love you!). Thanks for the comments :)

Oh, well. At least she won't suffer no more.

Hmmm, possibly. Or, was she lonely and her awkward attempts at attracting love by way of sympathy unable to bear fruit before her untimely end (the dog slaughter just a manifestation of her frustration and her gun toting characteristic just a human idiosyncrasy)? I can't really say one way or the other and I wrote the damn thing. Thanks for your comment :)

Could it be that the guy was the real culprit behind her "hallucinations?" It was a practical joke gone too far.

Oh, very nice, I like it. If this happens to be the case I hope he apologizes to the dog corpse ;)

😂that was fun to read. Well done.

Thanks so much, glad you enjoyed it : )

Okay, okay.. how did I not see your blog first thing when I logged in? I LOVE the story! I'm into fiction and this is my thing.
Keep up the good work, @danielshortell!

Thanks so much @indie.highsmith :) I'm humbled and flattered. I hope I can evoke a similar response from you with future stories!

And I see you are a lifelong wanderer, very cool! Will be keeping my ears tuned to your narratives as wanderers are like sponges soaking up all of the mystery going on in the world - this is excellent fodder for story idea generation.

You're welcome, @danielshortell. I will be posting about some of the stories that I have picked up along the way, and some others that my father used to recount after leaving a certain country, for it was our ritual to tell what we have learned and appreciated.

I’ve been thinking on this awhile. I believe the lady was not crazy at all. The chihuahua’s name was saucer or something similar and he kept jumping back and forth in front of her window, making her think it was something going from horizon to horizon. Then the parrot caught his name from the neighbor calling for his dog and the parrot started saying saucer, which gave the poor old lady the idea it was a flying saucer. When the parrot started saying saucer behind you he was just telling her the little dog was in the house. Chihuahuas look kinda like aliens anyways so we can’t blame her for blowing it away.

Teeeheehee. I think we can all agree that Chihuahuas need to be blown away periodically, especially if they continue to breed themselves to look more and more like (potentially invading) extra-terrestrial beings.

A shotgun in hand and a skeptical eye turned toward those Mexican dogs looking to invade.

Hmmm, that previous sentence could be interpreted as racist in this political climate :( Just to be crystal clear to anyone landing here, I love Mexico, it's people and culture...Viva la Mehico!!!!

Nice rework to the story @tbyrd :)

Why are chihuahuas associated with Mexico? Tv Commercials? Haha thanks

No, no, it's actually very much a legitimate "Mexican" dog...the breed actually originated in Mexico and is named after the Mexican state of Chihuahua:

Holy sht. I had no idea. That explains a lot!