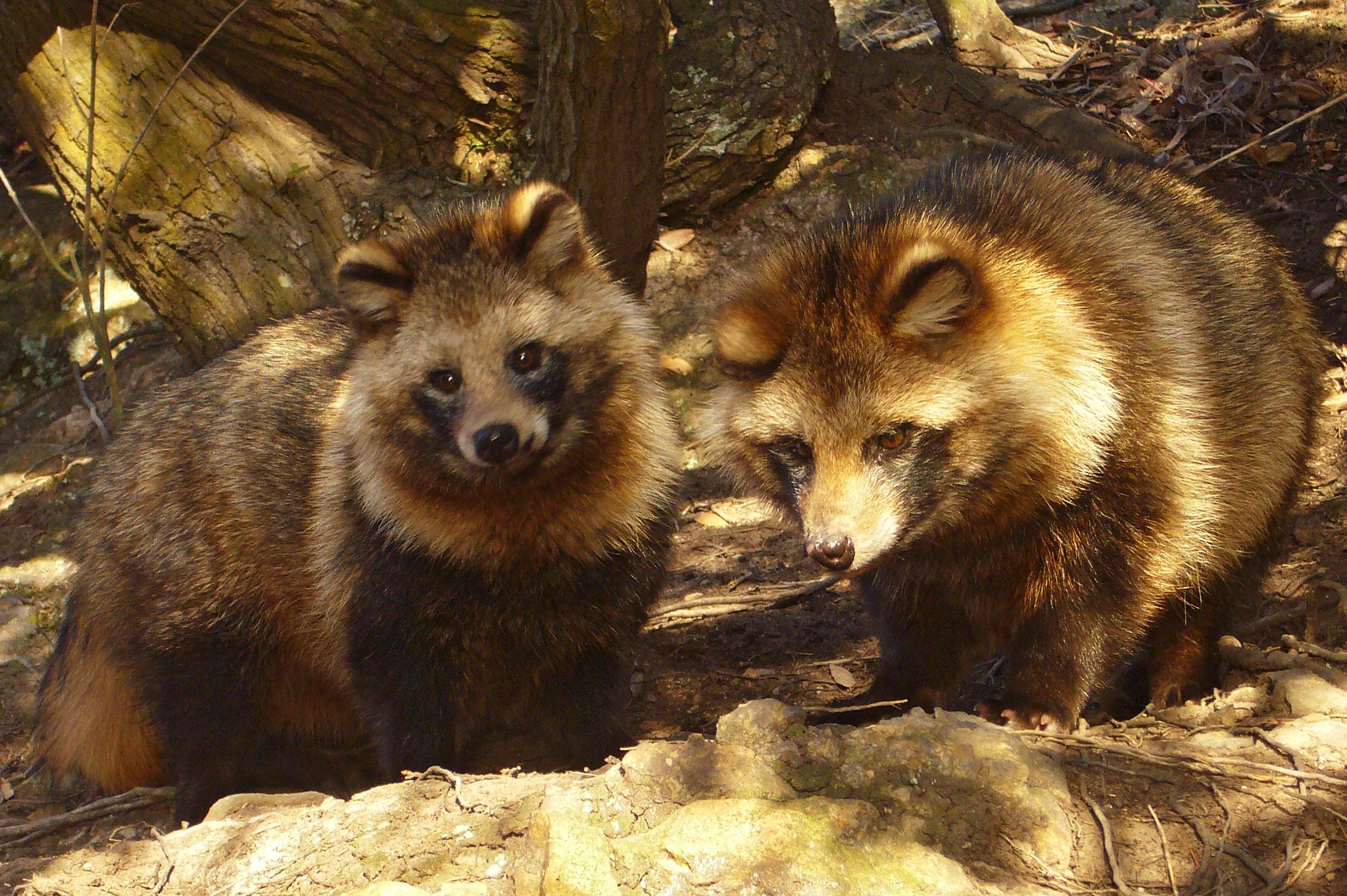 Hanabi's winter coat had finally come in thick enough that she could sleep in the cold mountain nights without too many blankets or a roaring fire. Something in a dream woke her. She opened her eyes and saw the comforting flicker of fire and smelled smoke. Then she remembered that no fire had been lit tonight. She stood up and quickly ran from her family's home.

Flames ate the house next to Hanabi’s where her best friend Sachi lived. The other villagers ran to the well to get water or carried water from their houses. Many of her friends ran on two legs carrying their younger brothers and sisters away from the danger. Fire spread quickly from paper house to paper house.

"No!" Hanabi was on four legs so it came out as a bark. She ran back inside and barked loudly, “Wake up, wake up!"

Her mother opened her eyes and sniffed the air. She stood all the way up onto two legs and picked up her two youngest children who were little sleeping balls of fur. "Hanabi, take them and get to safety." Hanabi stood up to take her brother and sister. She grabbed the carry sling and tied the tiny Papermasters to her.

Nami kicked her sleeping husband to wake him. "Fire, Roka! Wake up!" Then she grabbed one of the family’s water buckets and ran towards danger. Her father woke and stood as well.

"Run towards High Mountain with Anda and Taji. I’ll come find you when the fire’s out. Stay on the path.” Her father told her as he grabbed another bucket and followed Nami. The human village? She’d never been there. Only a few of the elders interacted with High Mountain. But it was the closest village at half a day’s walk down the mountain. The closest Papermasters lived the better part of a day away.

Anda and Taji woke up and started whining in fear. "Stay on four legs, I can't carry you both otherwise," Hanabi said desperately. “Shh, shh, it will be alright,” She hoped that was true as she grabbed her family’s paper making screen and ran outside.

The village was even more chaotic than it had been mere moments before. More of her friends held children that couldn’t run yet. She saw her best friend Sachi holding a crying child and a paper screen. She ran toward her, but Sachi didn’t notice her. “Sachi!” Hanabi called. When she drew up to her, she saw Sachi was hypnotized by the fire burning her house.

"We have to go to the human village," she shook Sachi to wake her.

"It's all going. All gone." Sachi pointed to her flaming house as if in a dream. Tears welled and left tracks in the soot that covered her face. The fire leapt onto Hanabi’s house. Everything she had, gone. Part of her wondered where her parents were, why weren’t they saving their house? The air was thick with smoke and her eyes watered. Hanabi watched her house burn. The child Sachi held screamed, but both girls were far away.

The fire might have killed Hanabi and Sachi if Taji hadn’t picked that moment to nip Hanabi’s stomach and bark. That shocked her back. "Stay still," she told the tiny, helpless fuzzy Papermasters. Hanabi nearly dropped her family's paper screen as she grabbed her friend and dragged her to the dirt path that eventually led out of Clearwater and eventually to High Mountain.

Hanabi soon understood why her parents weren’t dousing the fire that claimed their house. Around the first bend, houses and trees on both side of the path were on fire. The fire spread across the path between Hanabi and Sachi and the rest of the villagers. They were trapped! Several others caught up to them, all the Papermasters too young to fight the fire, but old enough to run to safety. Through the flames, Hanabi saw that everyone in Clearwater formed a bucket chain from the village’s second well.

Then the fire flared higher and flames rushed towards Hanabi and other young Papermasters.

Submit
$0.72
5 votes
3
Authors get paid when people like you upvote their post.If you enjoyed what you read here, create your account today and start earning FREE STEEM!
Sort Order:
[-]
eatsrewards (59)  ·  2 years ago

This is the best post on Steemit. I gave you a vote now, ya heard?

You're trying out the cliffhanger style from comments on your last piece, correct? I've never seen that done with this kind of fantasy setting, but maybe you can pull it off.

Yes, it's a cliffhanger. We'll find out together if I can pull it off.