The Phantom of The Seas Chapter 2 (Steemit Original Fiction) 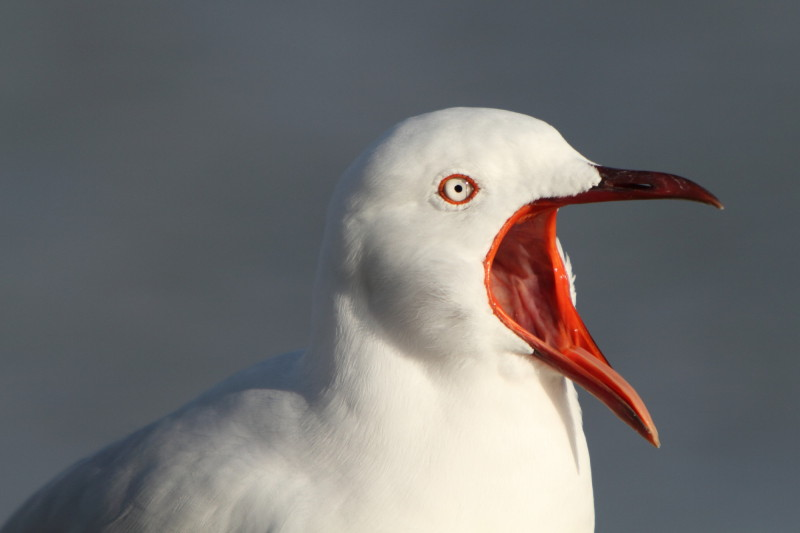 It was all a bad dream. The whole thing. The whole wretched thing, Bertie thought as he laid through what could have been the early hours, or may have been the middle of the day. It was impossible to tell without a window directing him towards the time of day. The room was infernally warm with the engine room’s given off like a kind of broken oven.

He tossed and turned and realising it was no use got up. In the cupboard were the clothes of the room’s previous occupant. There were some battered black leather shoes, a tweed jacket, a string vest, some pastel coloured shirts, some off-white underpants and some socks that were a mustard yellow.

Bertie guessed that he wasn’t the first or the last to be in this room and dwell in this cabin. It was just a matter of time before they’d probably replace him. Or they’d get him to walk the gangplank or some other such act of ridding him. He wasn’t going to become one of the limpets or barnacles that stuck to this ship. He was going leave, come hell or high water. Probably hell at this rate.

He changed into the clothes that had been left for him and turned the brass doorknob. Thankfully it opened and he was again in a windowless corridor. The chrome lamps were minimal and a couple were missing bulbs. The tatty carpet seemed to show fishing nets tangled around each other. Along the walls were frames of exotic ports with no names. One frame had a stern looking seagull with its beak open wide.

Again no day or night. Again the churning sounds of pistons and gargling metal went through his ears.

A couple came out of a cabin further along the corridor. They looked at their wits end, but they noticed Bertie and nodded.

“Oh hello” said the lady in home counties pomp. “You must be the new arrival last night. We thought there was something going on but we daren’t risk interfering with the captain.”

Bertie nodded at her.

“Come on K or we’ll miss our breakfast slot” hasted the husband, tapping his watch.

“I was just talking to this nice new face we have on board, darling” she sneered, looking hopefully at Bertie.

“She’s like this with everyone. New man comes aboard and she’s interested in everything about him. Too interested if she wants my opinion. Which she doesn’t.”

“Will you be quiet Gerald! Just because you want to be a moany old git doesn’t mean that I have to be too.” She growled.

“I’ll see you up there, my treacle. My stomach can’t wait any longer. Bring the chap with you if you must.”

The troupe turned around the corner and climbed the stairs. Gerald ten paces ahead of the others on his quest for food. Karen and Bertie trying to keep up. The made it into an lobby where it was an unclear day. The seas had settled into gentle chops and the sky had become overcast drizzle.

“14 years yesterday we’ve been on board here” she wheezed after the physical exhaustion of climbing.

“Gerald used to be big, very big in oil and gas. He would be abroad most of the time. I would be in Sussex with my stitch and bitch group and the garden to care for. Then one day he said their firm had been bought out and he’d have a lot of time on his hands.” The pair turned the corner.

“At first we were delighted, especially him. But he quickly became listless. He never had many friends or hobbies so we decided to celebrate our marriage on a round the world cruise. 88 days. That was the plan at least.”

The pair made their way into the queue and picked up trays. Karen played with the gold bangles on her wrists and the clutched her pearls.

“Then when we were in Cairo (?) on an excursion to the pyramids, we missed the coach, the taxi got held up in traffic and the cruise went without us.” Her head shook in disgust

“Of course we phoned the travel agent who said that was it. We’d have to make our own way back”

The dinner lady with the grubby rings handed the pair a tray full of grey looking oysters and sushi. Bertie picked up a mug for himself and put another on Karen’s tray.

“Oh it truly was” she piped. “Eventually we got them to agree to put us on another boat back to Southampton. But there’d obviously been a mix up with the tickets. I’m certain the travel agent had it in for us. We were sent the wrong way down the Nile and ended up in the arse end of Sudan. It was all mud huts and mad donkeys charging through the streets. And worst of all, not a white person in sight!” her face had paled to the colour of chalk.

They had made their way to the coffee machine. It was a kind of silver cylinder that piddled out a muddy coloured liquid that smelt particularly mean.

“Would you like to get your coffee” asked Bertie.

“Oh… yes yes.” She whispered her mind sliding back to the dining room.

They found two navy blue chairs next to Gerald who had been a few places ahead in the queue. Karen sat back next to Gerald and Bertie sat opposite him.

“I was just telling this man, what’s your name again?”

“I was just telling this, Bertie, about the Sudan.”

“Bloody awful place” said Gerald, chomping through the salmon. He pushed his spectacles back. “That blasted cruise ship took all our valuables and cash. We had two desperately awful weeks in a flea-ridden hotel with a broken fan. When we couldn’t stand it any more offered a few of the natives the last of our petty cash and my rolex to get us out of there.” He huffed.

“They took on this boat that wasn’t much more than a raft” she chimed.

“It was a really stormy night.” He chimed back in quick succession, like an oversprung cuckoo clock. “They started playing some bongo drums and it got louder and louder before we suddenly saw this ship that looked remotely civilised so we decided to hitchhike with them.”

Bertie nodded and tipped an oyster back in his mouth. It tasted like salty sea snot. But he wasn’t going to complain.

The couple went into full attack mode with their breakfast. Bertie sat back in his seat again and took a swig of the grainy industrial strength coffee.

“What have you done for all this time then?” asked Bertie

“She’s been trying to bed every chap that comes aboard”

“And he has been doing absolutely nothing to get us out of here. Unless you count the drinking and gambling. And the getting fatter and grumpier.” She said

Again Bertie had lost his appetite, if he’d had one in the first place, and excused himself to the toilets. Around the corner, he made a quick getaway to the main atrium of the ship.

There were lacey black metal balustrades that hugged around the upper floors like a luxury cattle pen. A grand chandelier covered in clam shells and pearls sparkled in an sombre beige glow. He walked over the greasy wooden floors to inspect the rest of the vessel. The air smelt of overboiled fish and brine.

His grand tour began with the duty-free shops. Giant Toblerones were stacked high. Magnified pictures of elegant and depressed mermaids were advertising fragrances. There were some old newspapers and books that were all about the politics of the damned. Next was the arcade. There were a few speedboat racing games that showed pixelated sunny seas with a wheel to turn and a pedal to hammer. There was a coin dozer machine that seemed to belong at one of those seaside resorts with plush animals that had faded in the sun.

Bertie was here early it seemed. Nobody had come here yet, as last night’s storm had tipped the coin dozer machine backwards and forwards enough for the trays to fill with coins. He picked up one of the pieces. It said 2 Dubloons with a cutlass on the back. He stuffed his pockets with as much as he could take.

He returned to the shop and picked up a Giant Toblerone for reserves. Then he browsed through the fragrances, taking a whiff of each pong. Finally he settled on an translucent orange bottle that resembled a buoyancy* ring. It was called SOS and smelt suitably desperate. He counted the dubloons and he had enough for a book. He looked through them and ran a course finger along the spines.

Damnedocracy for Dummies.
Damned if You Do, Damned if you Don’t.
Advanced Damnedenomics.
The Ultimate Gordon Ramsay Cookbook
Dish, Dash, Dosh - running a restaurant in these infernal times

Before finally he settled on “Damn It!” the unofficial autobiography of Captain W. Anchorpants.

He went to the till where a disinterested girl scanned the barcodes and put everything in a plastic bag. He handed over pocketfuls of shrapnel.

Bertie left and stroked his beard. He went further down what would be called a street on land. There was what looked like a sports bar and games room where the billard balls were gently rocking from side to side. This was flanked by two hairdressers, where the gossip seemed to be as flowing as the blonde curls that were being twiddled by pouty ladies in black uniforms.

He walked further. There was a cinema that seemed to show nothing but horror films. Then there was a theatre that had posters for performances that looked particularly tragic. When he reached the end of the ‘street’ there was a big glass door that led to the pool deck. He pushed through into the blustery winds.

The pool itself was shaped into a kind of anchor. Some blown over deck chairs had been swept into the pool and others had been banished to the perimeter of the deck. There were a couple of lizardy brown ladies that had handbags and were laid there flat out in bikinis. The lack of sun wasn’t putting them off. They were born sun worshippers it seemed. Even when they were in the middle of a fogstorm.

This was the second instalment of a book I'm writing - The Phantom of the Seas a luxury cruise ship of lost souls.

You can read chapter 1 here (it was under a different title).

Thanks for reading, please upvote resteem and comment if you enjoyed.

Well written. Keep up the good work. Your writing is very visual in its description. Yvonne

Wao, what a interested story by @alexc. Thank you @peakreal1

Nice, so, where's the rest? Stuck, stopped, or waiting for the price of steem to come back? LOL