A Hint of Mercy | A #fantasystory Entry

Can you blame them for hating us, if all they ever saw from us was the bad stuff? A story of a Dark Elf who hated humans, "The Monstrous Race." 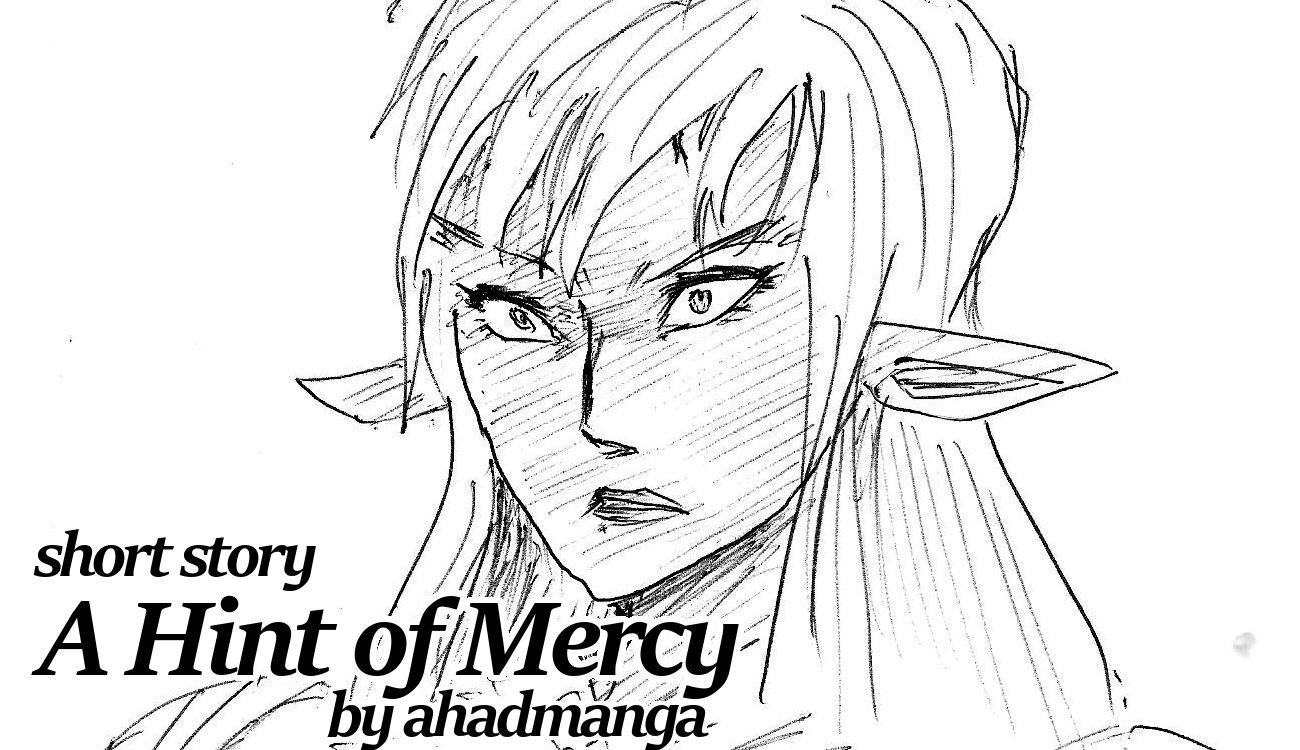 The first contest is short intro in the main character. Work needs to be at least 300 words long. The main character is female dark elf tracker with a snarky personality. Everything else is up to you.

The rules wasn't clear how to approach coming with the character's backstory so I wrote a whole story...

A Hint Of Mercy

Our race was known as ruthless and aggressive. But what's wrong with that? We are still better than humans who pretend to be pure and merciful then stab you in the back.

I was still a child when the first human sit foot in our lands. Our relation with them started with peace but eventually the humans we thought were allies stole our treasure, the magical relic of our ancestors.

My group was sent in the pursuit of them. But were were ambushed and I was captured. A magician named Baschar used magic to control me. He was so powerful that only because of my strong magic resistance I was still able to maintain my some of my will.

For years I was forced to obey that human and kill for him, I learned that humans only find joy in the suffering of others... What does that make them if not merciless murders?

One day a group of humans attacked Baschar's palace and I was forced to defend my ugly master, we fought a losing battle and Baschar couldn't escape. I was freed from his control with his death, and finally I could execute the revenge I always dreamed.

But the humans who killed him said I was free to go.

"You're a good fighter, it must have been painful working under someone like him." The sword wielding human relaxed his stance. "Hey dark elf, may I ask your name?"

The name given to me by my family wasn't something to give to a mere human. I thought of killing this human and return to my tribe as fast as possible, but...
After seeing the way they handled the battle, I...

"Thanks for saving me." The hint of gratitude in my voice surprised me. "My name is Aurelinca Calaublanc."

Something was telling me, that maybe there were good humans after all.

Aurelinca is a Dark Elf, so her skin is a bit dark closer to grey than brown. Her main weapon is bow, but she can fight with daggers for close combat. She has a good magic resistance and can use dark/shadow magic. But she's not skilled as she spent many years of her life being controlled and fighting with only bows and daggers.

Like other Dark Elves she's ruthless in battle. She doesn't mind being damaged if she can her opponent more damage... So head on attacks are her favorites but she's would fight sneakily and assassinate someone without them noticing her. That might be because of Baschar influence but she was probably like that before being controlled by him.

She thinks highly of her race, and despises humans, but she's curious about when something doesn't go as her expectation. That might be the reason why she tried to give humans a second chance after they didn't kill her. (or maybe it's just a bad writing case by @ahmadmanga).

Finally she should be in the beatiful side of the appearance, the picture of the post is just to take attention. I'm really bad at drawing Beauty/Elf characters.

Please ask me other questions about the character so I can build her backstory more.

This was better than I thought, the story is published without editing so I might edit it later. I took some time to think of the character name, I made it up from latin words, and I like the result. Her name is play with the words for Golden and White Scarf.

I give the creators of #fantasystory contest the rights to use this character as they wish as long as they give credit to @ahmadmanga.

I'm afraid that this might get disqualified because it's a bit different than the description. what's with "Tracker?" or did "Dark Elf tracker" meant someone who tracks Dark Elves? well, I wrote it and I think it's good so it's alright.

Other Short Stories By Me:

Be sure to check "A Fascinating Legacy" because it features similar but contrasting story and characters.

Looking Forward To Your Comments