I watch you catch the theme of Bitcoin and other Crypto C'yurensi in my life.

Not everywhere, but the questions you ask ... well ... continue the conversation 😉

One of the questions was how many bitcoins I left behind on the account?
Ches word - I do not remember. I'll remember (or find) - I'll let you know. You understand ... It was in 2013.

I remember only that I did not reach $ 1
Well, I could not read any longer that I was not at all interested. 😂

And as you know: "A place is holy - there is no place"

In 2015, when my daughter was already 2 years old, I again "missed" hated work ... though this time from the house.

A crib in France is a topic of a separate epic, they cost wildly expensive ... if you think that your child is 2 years old and the kindergarten is too expensive, then you do not give your child there - remember my example. 😢

For 2 days in the manger, where you bring in the morning and pick up the evening with a zero development program, I paid 800 € !!! 🙈

Correctly! Then I met Forex. 🙊

I again did not have enough money.
I again wanted a bigger one!
I again looked for the button "Loot!"

And you know?
At first everything went very well!

Have you read F.Dostoevsky's novel The Gambler?
Read it!

I adore Dostoevsky. But now it's not about that.

After the withdrawal of 500 € the wind changed. For the rest of 2015, I lost another 5,000 € on the stock exchange, which only aggravated my situation.

The debt grew like mushrooms after the rain on Thursday.
Salaries were not enough.
I again felt that there was not enough air ...

Nearby there was no one who would have suggested, as today, for example, in the program "Crypto-currency-World Trend" in the "Breakthrough" application, that somewhere out there ... it's not so far ... my forgotten 0.0003527 MTC лежа

Today, when I study DashCoin, I understand the potential of what the world is waiting for.
This is today, there is an awareness that Dash is the new digital cash that provides PSB (Privacy, Speed ​​and Security) to its owners.
Today I understand that beyond the Crypto market is the future ..
But then ...

Then I just made ends meet ... in the New Network Project, which hit, investing the last money 💰
Then I eagerly swallowed knowledge from the trainings that were buying up bundles in the project #MBM from Artem Nesterenko - scoring on debts and wasting money before the bank came to demand them in payment of debt 🙈
Then I changed my attitude to the world, through the breaking of myself and my consciousness ...

Life went on ... and my bitcoins were lying forgotten in the account in Blokchane ... and none of them even remembered then 😉

Do you want to know what happened next?
You know what to do 😊 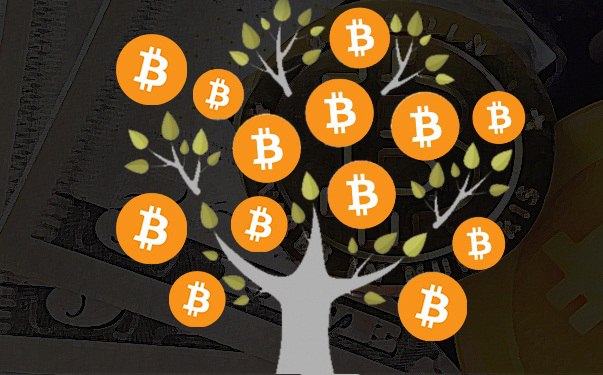