This year, an estimated 4,000 delegates from over 50 countries came together for London Fintech Week 2017 to hear from the world's leading experts on current and upcoming trends, challenges, and technology in the Fintech sector. The growing global momentum of blockchain technology was a hot conversation as attendees tried to wrap their minds around what it is, how it can impact financial services, when they will start seeing it break into the mainstream, and whether they should start looking at this technology in order to stay relevant and competitive.

Many members of the community asked us why a blockchain operating system like EOS would be speaking to this audience as we are not “fintech” in the traditional sense, but that’s exactly why we wanted to attend. Bringing the promise and benefits of blockchain technology - and the DACs it will power - to the rest of the world is key for mainstream adoption. Brendan Blumer, our CEO, gave a keynote speech on Decentralized Autonomous Collectives and the future of the industry. As blockchain breaks into the mainstream market and becomes more widely used, it will begin to overtake the need for centralized systems. He addressed the fact that centralized technology platforms generate a misalignment between beneficiaries and users due to a lack of common definition of success around profit and quality of services. He went on to explain that decentralized networks bridge this misalignment, creating vested interest among the value creators and value extractors. This creates a landscape that is transparent, auditable, trustworthy and inclusive. Having a complete alignment of interests and unprecedented vested interest then allows the community to leverage larger pools of innovation and continue to build towards shared success. 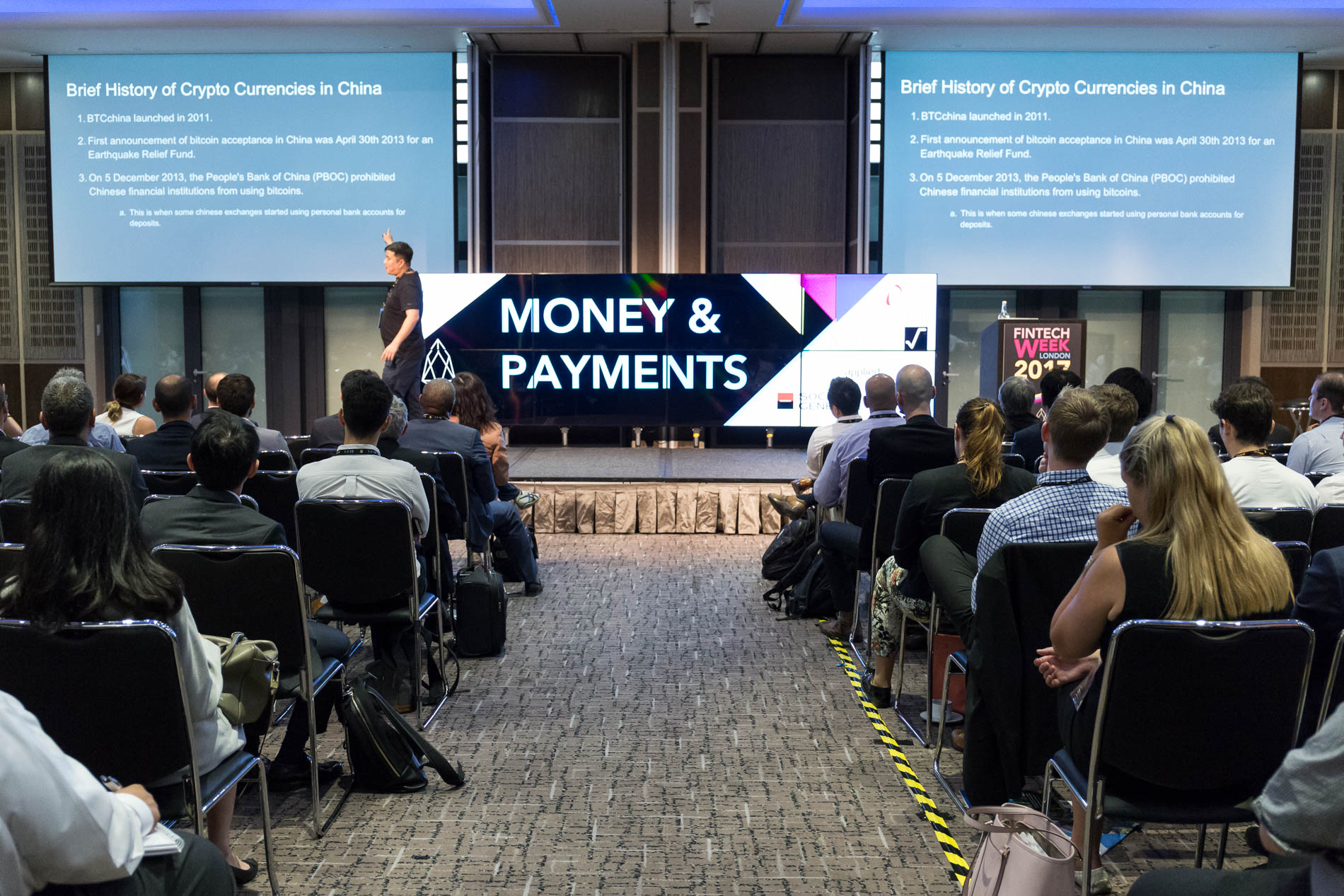 Block.one Partner Michael Cao gave a keynote focusing on the industry advancements in China and Asia. He addressed the common misconception that Asia is not as accepting of the innovations coming from the blockchain community and is working to ban crypto-currencies outright. He went on to prove that China is home to some of the largest mining pools, has a strong community participation record in ICOs, and is continually researching and commenting on the ability to create regulation around the space without stinting innovation. On the 4th day of London Fintech Week-Blockchain Day- Partner Ian Grigg gave a keynote on current developments in consensus, entitled “Proof of Fact.” He suggests that the starting point of consensus is the question of “Who owns what?” which, as it lead to counting, then accounting and finally writing, is also the starting point for recorded history. From the development of double entry accounting, he skipped to the modern computer science topics of consensus over shared facts of data. Many modern efforts are quite complex, from byzantine fault tolerance, triple entry accounting, proof of work and finally onto the delegated proof of stake mechanism used within EOS, but they all reduce to a focus on the shared fact.

Ian says that proof of work or mining is not only expensive, it loses most of its time in useless work and thus can never be performant. DPOS allows us to drop POW’s mining, and reach much higher performance. Also, the question of open entry for miners may be moot, as we know who all the miners are, and only large capital accounts can now play. If we select them with an on-chain delegation mechanism based on proof of stake, we don’t need mining. By spending all the time on production of of consensus which leads to 3 second blocks and much higher throughput.

You can check out the keynotes by visiting:
https://livestream.com/ShineStream/events/7586175.

We will also be uploading these talks to our youtube channel: https://www.youtube.com/channel/UCbc7vIgwb-sPSckU0FbWmRg

Below are some of our favorite photos from the week:

block.one partnered with Fintech Worldwide to hold one of the largest fintech conferences in London. Conference attendees got a sneak-peak to the newly released EOS: An Introduction by Partner Ian Grigg. Partner Michael Cao gave a keynote to a room of over 600 delegates from around the globe.

Ian Grigg getting mic'd for his presentation on DPOS. Steemit user @benjojo, who made the graphics for our t-shirt and our taxis, showed up to talk with the team. It was great to put a face to the name and hear some of his ideas about the industry. 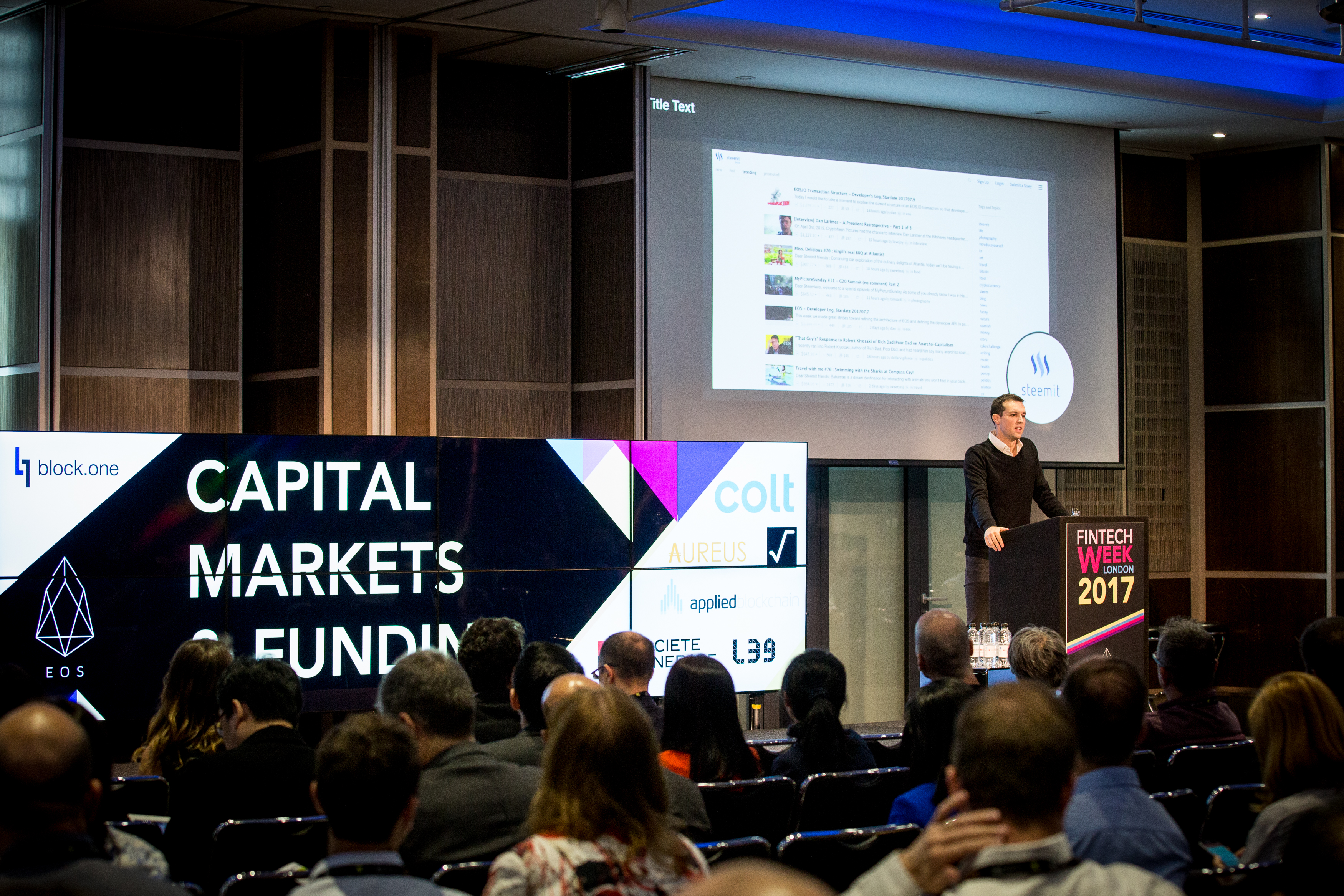 CEO, Brendan Blumer, explaining the power of the Steemit community. Ian Grigg discussing the difference between EOS and other existing platforms. 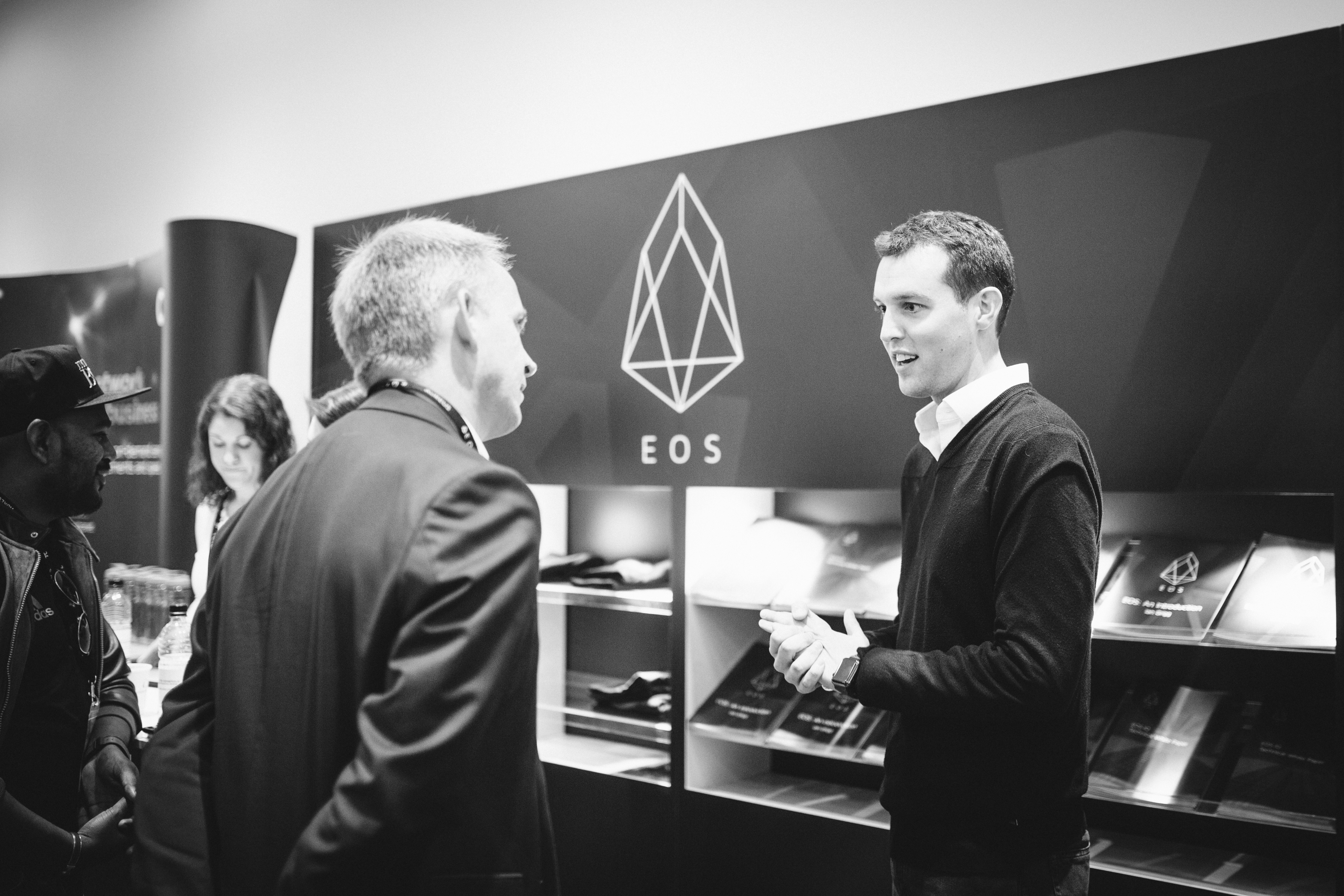 Brendan Blumer spent most of his day speaking with attendees about the future of the blockchain space. Some of the block.one team taking a break from the 4 days of keynotes and panels. 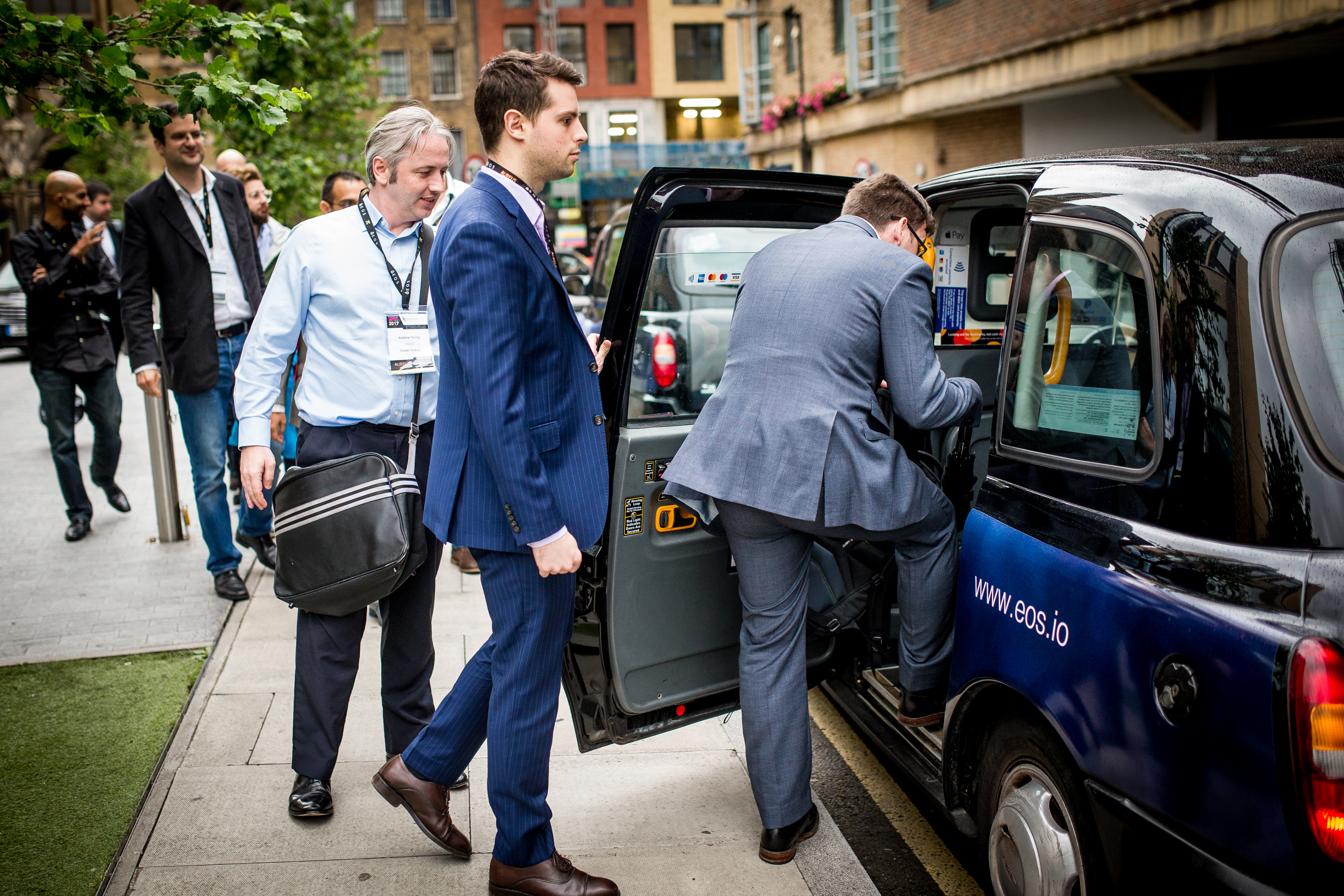 Event attendees were asked to travel to up to 3 different venues in a single day, so we decided to hire taxis to help transport attendees from one venue to another easily and at no additional cost to them. We’re excited to continue the conversation about blockchain as the block.one team heads to Singapore, Hong Kong, Shanghai, and London next month.

I'm really feeling good about the future of EOS. Dan is brilliant and experienced, the team is large, the financial backers are well connected, and there is a good marketing plan.

Of course the technology is fantastic too! EOS could be the platform that the world's top companies and even governments use to implement mainstream blockchain projects. 2017, 2018 and beyond look to be great years for EOS!

Very interesring and useful information. Thanks

Thanks EOSIO!
I aways awaiting your news.

You just made me buy some more EOS... :P

This was a fantastic event and the most exciting moments were unquestionably when someone from the Block One team were speaking and answering questions. It was great to be there and meet you. EOS is making waves in all the right places!

Really great material! I'm still don't quite understand how EOS works, or what solutions it will bring, but I do know that the team behind it are one of the bests on the blockchain industry. Everyday I read something about EOS so I can better understand it.

I cant get my EOS tokens form the crowdsale. Lost during transfer.

Here are my addresses:

Somebody please help me get them. 69 is a lot of tokens to me.