alphaomegaenergy (25)in #energy • 3 years ago 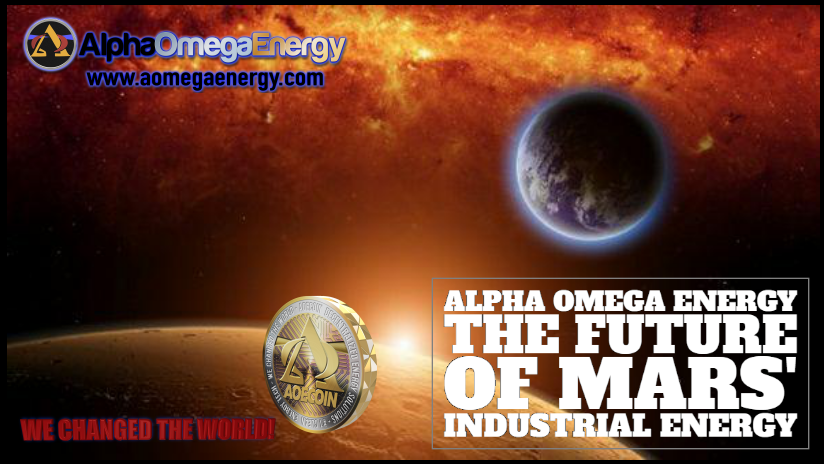 Nasa out today with article about making O2 in the Martian atmosphere...using.....get this, plants. Not technology, but....plants. (this is nothing new at all and has been written about extensively decades ago)..yawn...new please, decades old is a little bit dusty and boring. Maybe it's time to get the technology times. Oh, and maybe they can fix that heap of an upper atmosphere station while they are at it, which is constantly needing to be reset in it's Non-orbit, needing Billions of dollars of Hydrogen continually sent up to reset it because it's in constant free fall due it is not actually in "space" (a defined stable orbit outside of the atmosphere)

Though we would love to see the blooming eruption of an ocean on Mars of instantaneous virus-growth of an ocean of algae swooning across the surface like a blanket being pulled over, this may not be so reliable.

Alpha Omega Energy on the other hand, has solved the problem yet again. Using their proprietary technological innovation and solutions engineering prowess, they have engineered a combination Industrial Power Supply which converts CO2 into O2 and can in tandem with AOE's other solutions produce a number of other Useful "byproducts"

Instead of the agregiously high cost, high maintenance, and painstakingly slow and unreliable method of Nasa, AOE has another method entirely.

AOE has now made specific technology for this purpose which produces on demand controllable volume of O2 and Carbon, + Electricity, Carbon Fuel, and other products. Running autonomously 24 hours and 40 minutes a day, 687 Days a year. Stable, reliable, high quality, low cost, controlled, versus the "Nasa Caveman way." At probably 100x the cost as usual.

These "Useful Byproducts" include but are not limited to:

And the all important = ENERGY BLOOD.

AOE has set forth plan to convert Mars' atmosphere to 21% O2 content (equal to the earth's) in just 5 years or less using this technology. The amount of byproduct made in process would be a pile of building, construction, electrical and lighting and energy material vast and strong.

AOECoin is the New Money Cryptocurrency that Supports bringing these kinds of Breakthrough Technologies and solutions to the mainstream ASAP. AOECoin develops and invests in investment Grade, Clean Energy Projects in the undeveloped world where they are needed the most, in hard asset form with PPA's. That's better security and reliability than Gold. Bankable. Scalable, Innovation #1.

While many pundits slam the Cryptocurrency space claiming "all ICOs are garbage" This ICO AOECoin can turn garbage into Energy, is aiming at turning the Ocean's garbage into energy and many other useful byproducts, and doing it in very profitable fashion to the Coin Holders.

It now, thanks to the ICO marketplace, that Cryptocurrency, and AOECoin will indeed be the ones saving the world, with your support and direct Investment. With this investment support, in the future of humanity there are not the dusty old non-innovative huge money huge government deficit spending ways of Nasa, but there are the innovative New Ways, of the Small Private Innovator marketplace and Alpha Omega Energy.

"We Changed The World!!"