spectrumecons (69)in #economics • 2 years ago (edited) 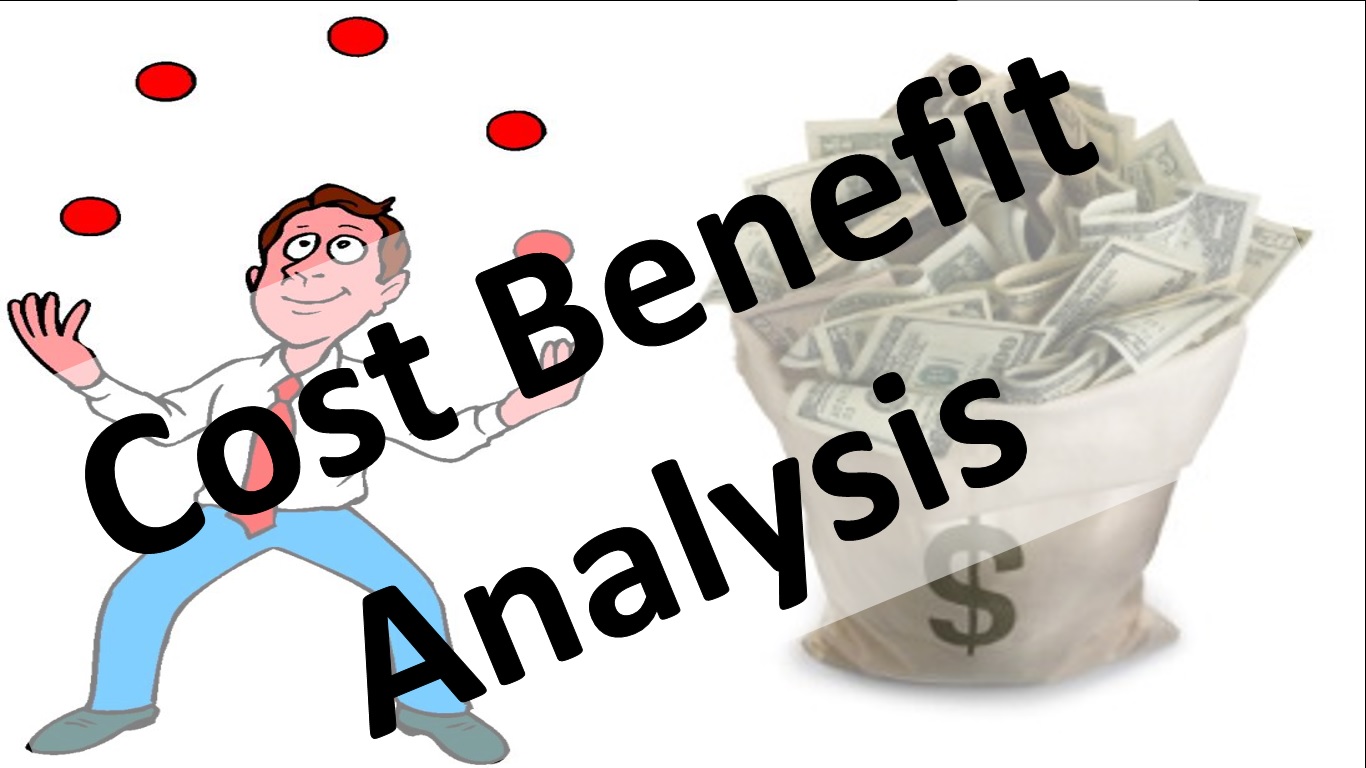 I have a soft spot for cost benefit analysis (CBA) as I have spent many years working in that area. I have evaluated around 100 projects/programs using CBA and I have written many conference and journal articles on CBA. Today, I just want to write a short post briefly explaining the basic concepts of CBA. I have several other material that goes into significantly more detail into specific areas of CBA. I will leave the links to these posts, videos, and articles at the end of this post.

What is costs benefit analysis? Why is CBA used?

CBA is used to inform decision makers of the viability of proposed options to solve a defined problem. CBA, if conducted correctly, provides a consistent approach to valuing benefits and costs. This consistency makes it possible to compare different options as well as compare different initiatives. CBA is also well recognised, most decision-makers are familiar with the outputs produced by a CBA. 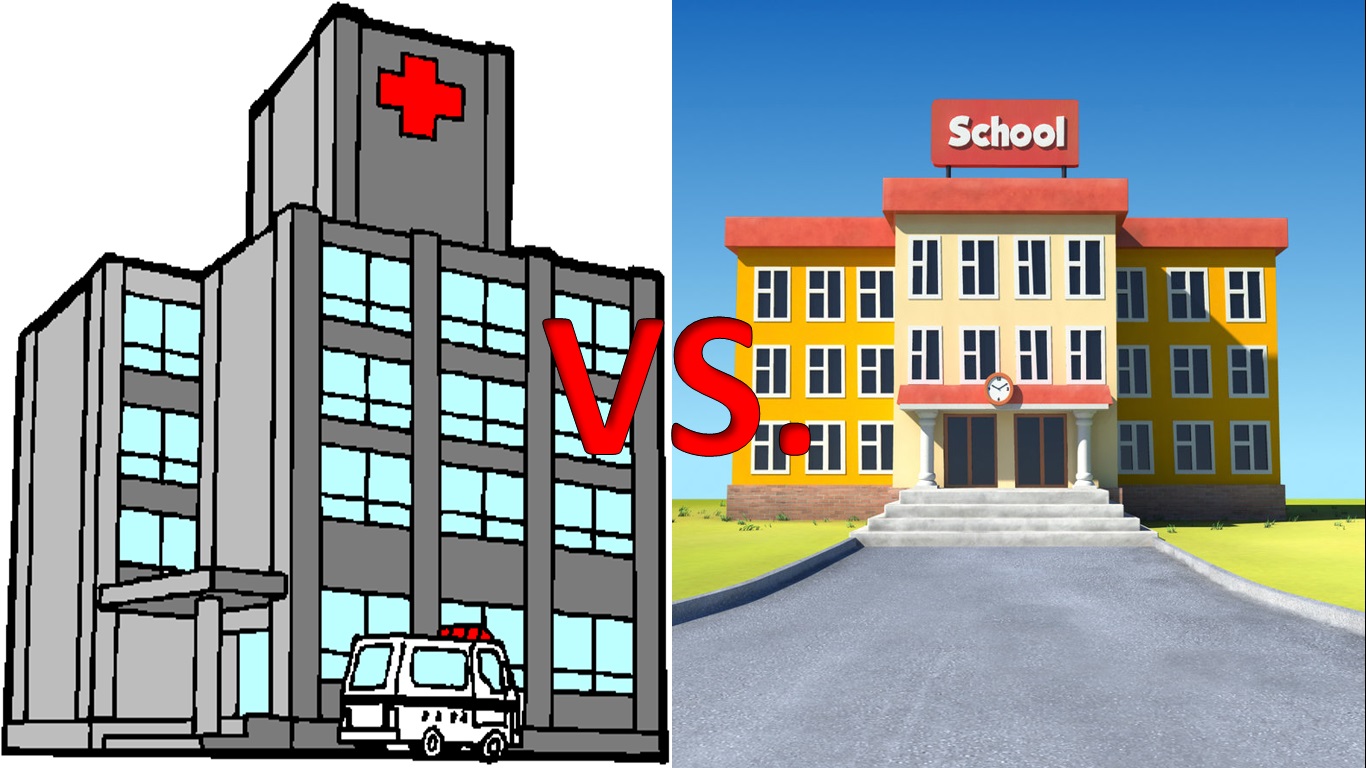 Basic steps for conducting a CBA

A proposed initiative is generally required to solve a problem. That problem needs to defined and understood. This could be an existing problem or an expected future problem. Understanding the problem is essential to shaping the solution or just simply removing the problem. Define the base case

The base case needs to be realistic. For example, the base case should be a state of the world which is serviceable in the absence of an immediate proposed imitative. It is likely that the base case will require some forms of low cost initiatives to maintain serviceability. 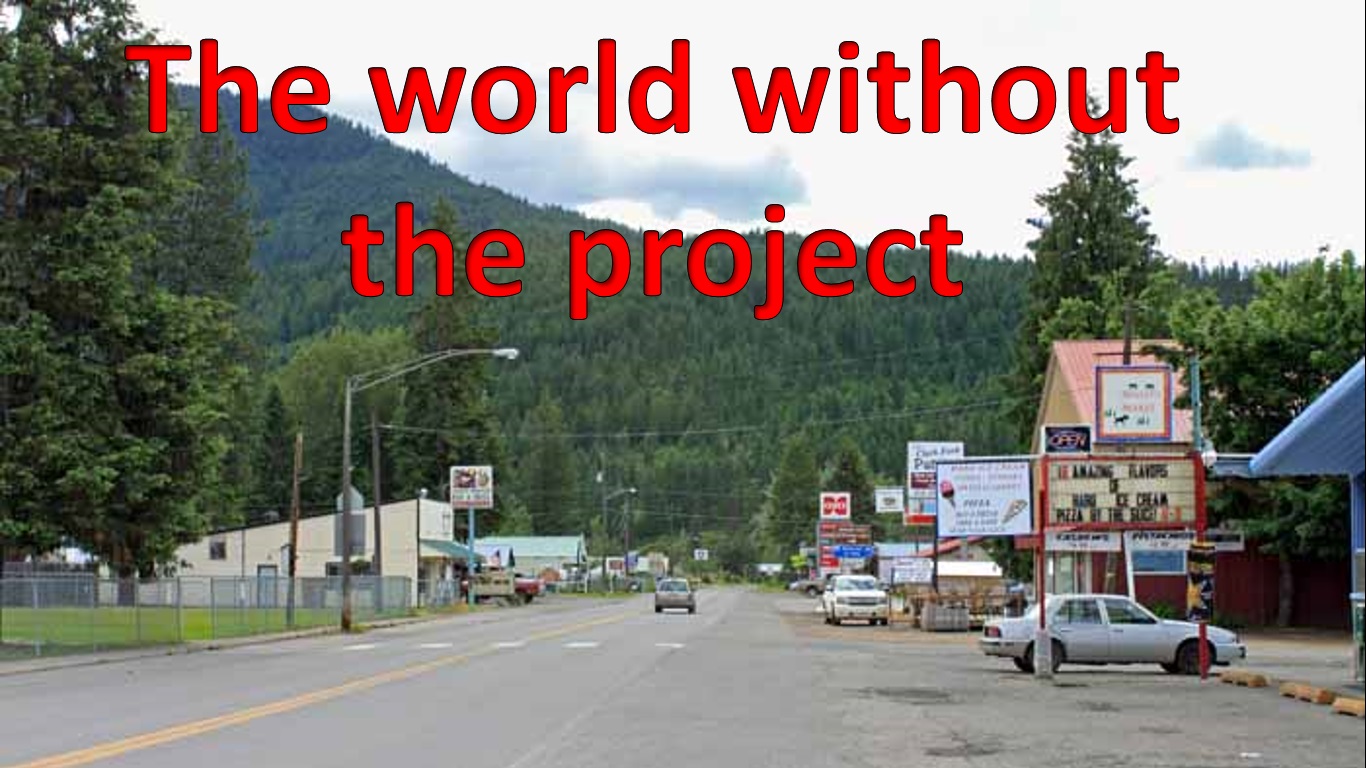 Benefits and costs arise because of the proposed changes. Some of these changes will be beneficial some of them will not be.

Benefits come in the form of cost savings to users and operators, benefits to users, and external benefits. Benefits are typically viewed as positive but some benefits categories could be negative. A negative benefit is a disbenefit. It is important to identify the difference between a cost and a disbenefit. A cost is an intentional outgoing that is intended to create a benefit. A disbenefit is a negative outcome caused by the initiative. Damage to the environment is a common disbenefit of a project. 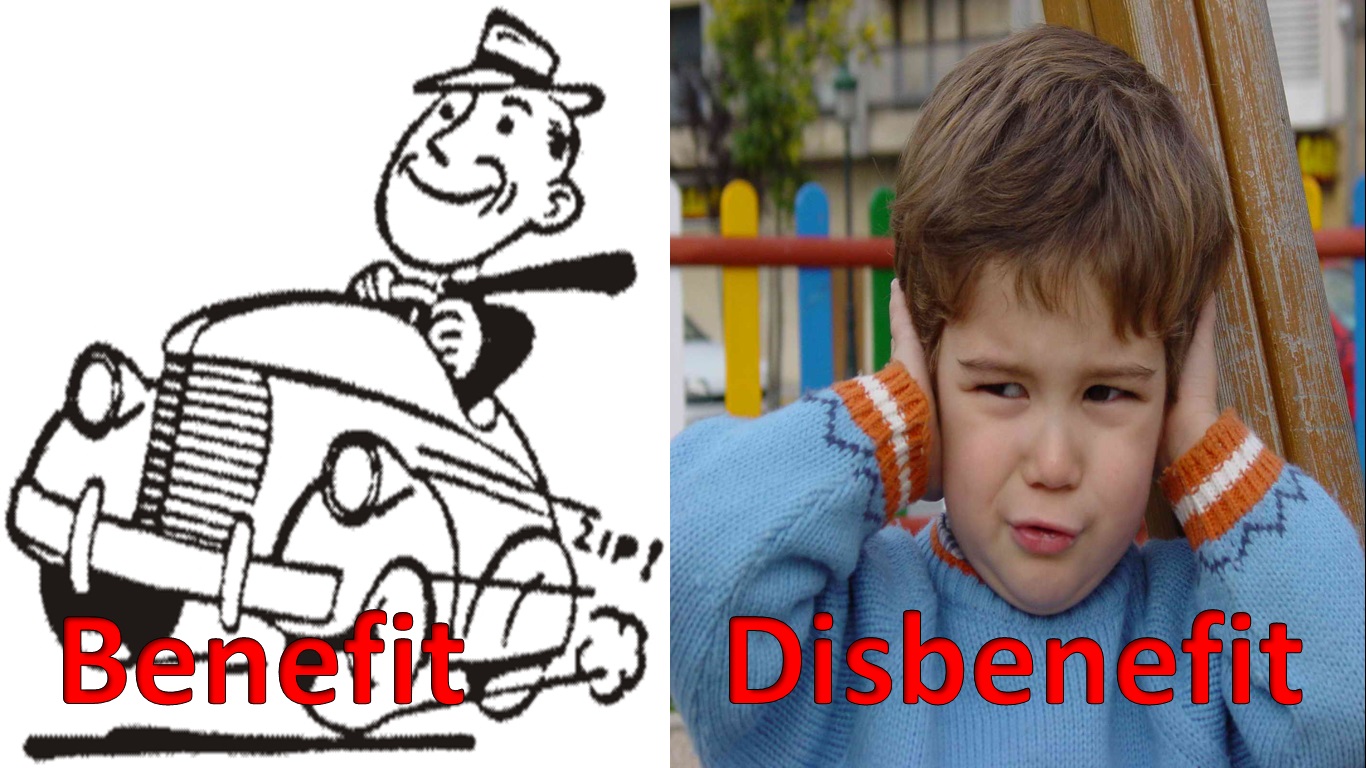 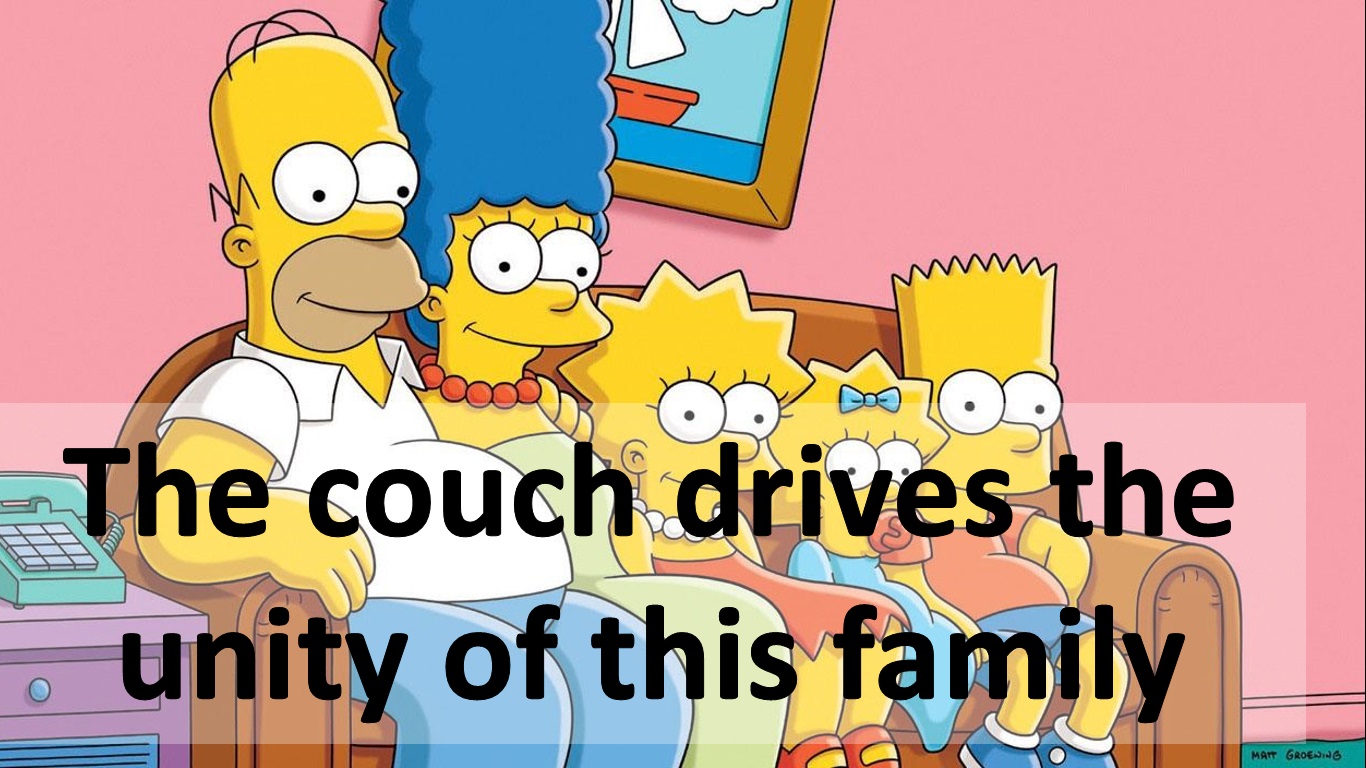 Formulate assumptions to enable quantification of benefits and costs

An analyst typically will not know the extent the key drivers will affect benefits and costs for each referent group. Assumptions are required to establish these relationships. Data is collected to inform these assumptions. For example population growth could be a key driver of car usage. Data can be used to determine a correlation between population growth and number of cars on the road. Assumptions are required to determine future trends in key drivers. The use of historical data is one method of predicting future trends. 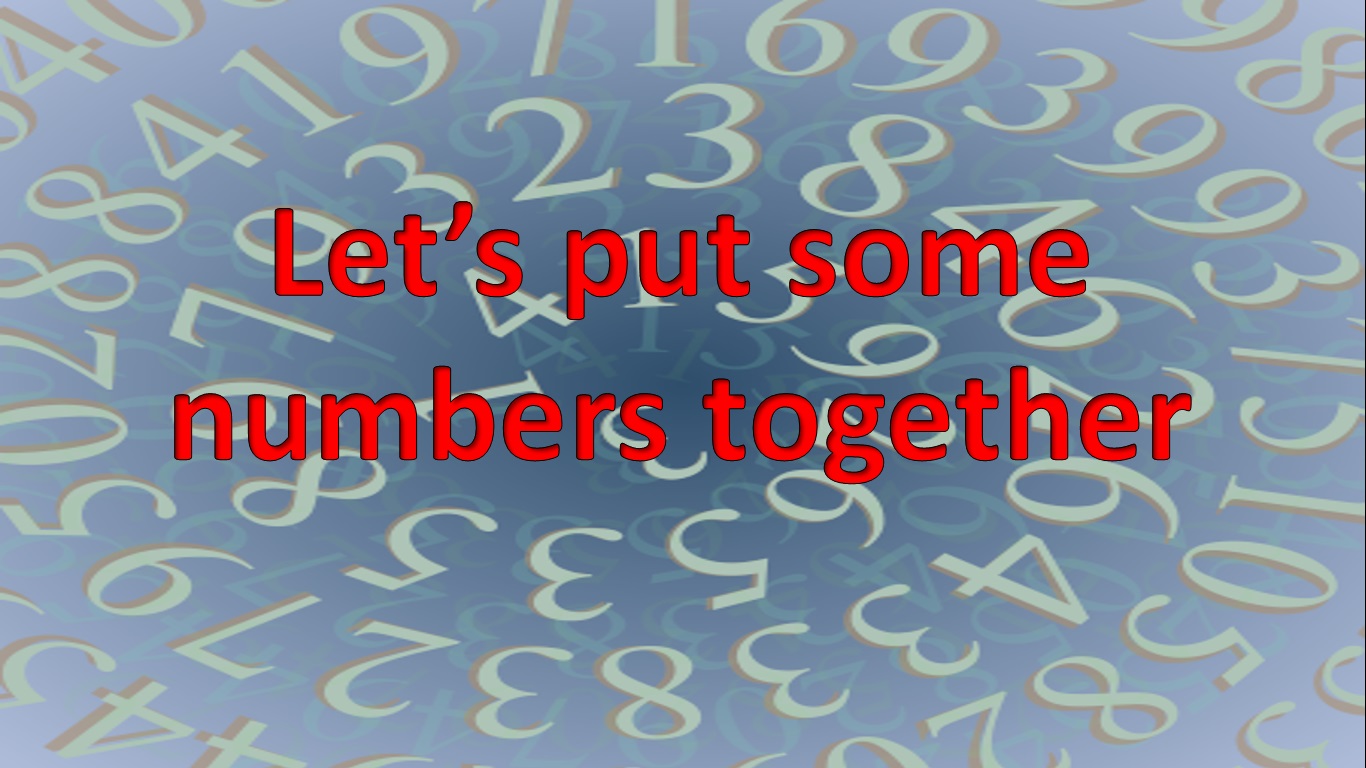 Assigning monetary value to benefits and costs is one of the most subjective aspects of a CBA. For transport CBA, extensive research has been done to establish standardised unit values to apply to units of a benefit to convert into a monetary value. There are unit values assigned to human life, injuries, time, emissions, water pollution, fuel consumption and several other benefit/disbenefit categories. Once a monetary value has been placed on a unit of a particular benefit, that value is multiplied by the number of units quantified. For example, if journey takes 5 hours and the assigned unit value of time is $10. The cost of the 5 hour journey is $50. Once a monetary value has been placed on each benefit and cost category for each referent group, discounting is required. Discounting is used to convert future values into present day values. A dollar spent or received in the future is worth less than a dollar spent or received now. If money is received now it can be invested to make a return. If money is received a year from now, one year of return from that money is not obtained. At an interest rate of 10% a $1 received now is worth $1.10 in one year ($1.1 is greater than $1). Using the interest rate as the discount rate, the present value of the $1 received in a year is $0.91 (1/1.1) and not $1.

Discount rates are generally determined by the funding body and are standardised across all projects funded by that body. There are several methods of calculating the discount rate. This goes beyond the scope of this simple introduction to CBA. 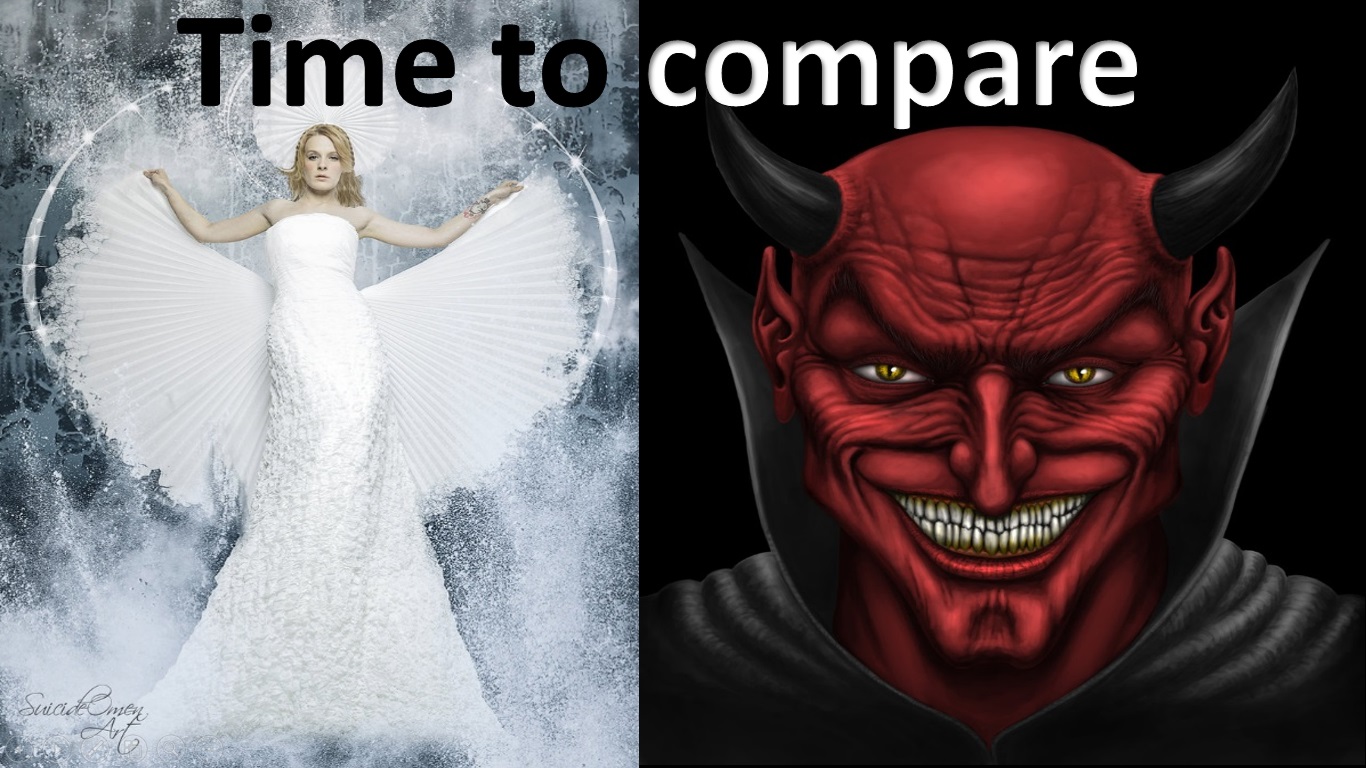 There are a number of economic indicators and measures to determine the economic viability of an initiative.

The most common is the net present value (NPV). The NPV is the sum of all discounted benefits, cost savings, disbenefits, and costs. If the value of the NPV is greater than zero the project is economically viable. If options are being compared, the option with the highest NPV is selected.

Another common indicator is the benefit cost ratio (BCR). The BCR is benefits (includes disbenefits) divided by costs (includes cost savings to the agency). If the BCR is great than one, the project is economically viable. The BCR has several limitations. It cannot be used for comparing options (mutually exclusive options). The results can be misleading when there are very high cost savings (if costs savings exceed initial investment costs, the BCR will be negative). The key drivers of the benefits and costs of the initiative are revisited. The assumptions applied to the key drivers in the initial CBA are adjusted both higher and lower to determine the impact on the results of the CBA. For example, the CBA can be recalculated using a population growth rate of 6% instead of 4%.

The different sensitivity tests should produce a range of results for the CBA. These results can be presented in a simple table showing the maximum and minimum NPV. They can also be presented as a distribution of results. A probability can be assigned to the likelihood of each result produced using different key drivers and parameters. 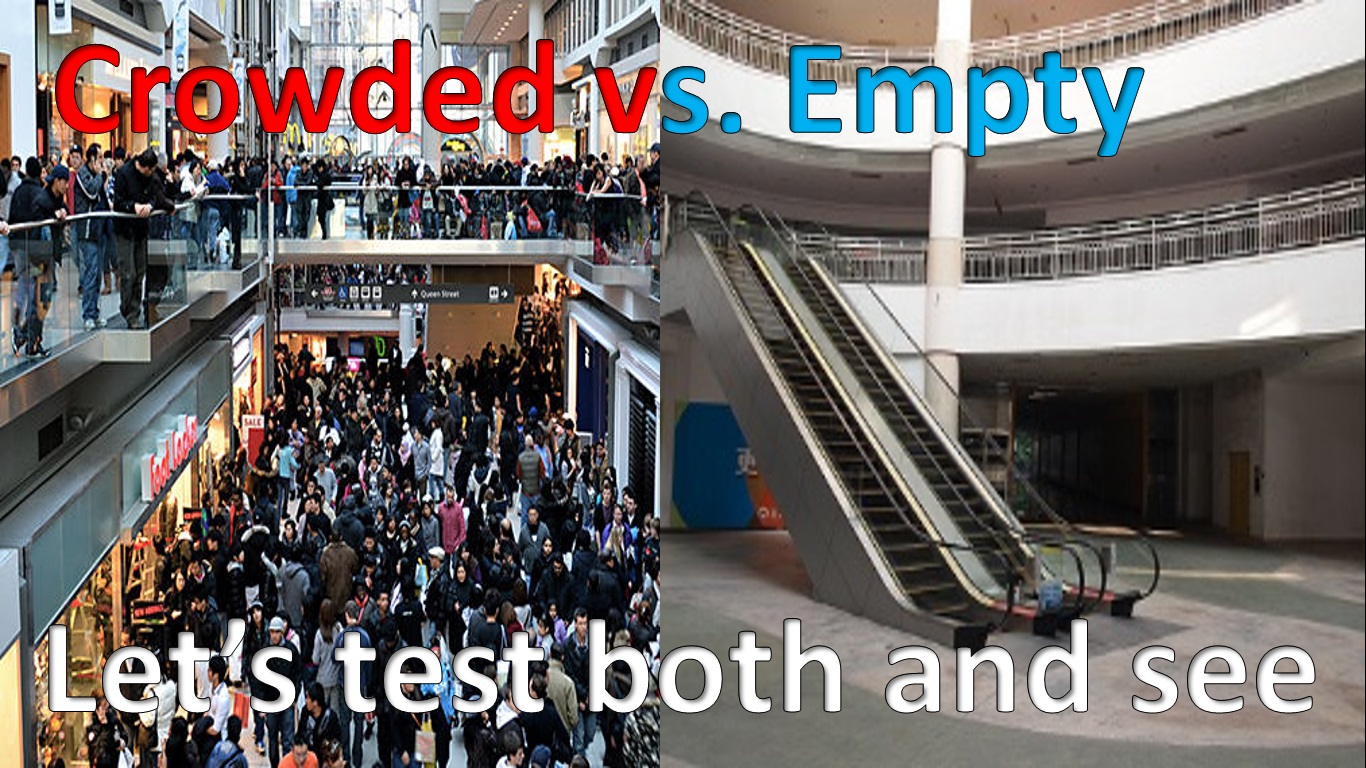 Report the results of the CBA

To conclude a CBA, the results are normally included in a report. The report will describe all the steps described above and how they were applied to the CBA. The report will contain all references to sources of information as well as the data inputs and parameters used in the CBA. The report should also contain information regarding the model that was used to conduct the CBA as well as any outputs from other models used in the CBA. The results should be presented clearly in the report. Benefits should be broken down by category. Annual flow of benefits and costs should also be included in the report, possibly as an appendix. This post covers the basics to conducting a CBA. It should not be considered a guide but rather just basic information for understanding how a CBA should be conducted.

I would to thank you for spending the time to read this post. I will have more posts relating to CBA in the coming weeks. These posts will look at how the principles of CBA can be applied in our lives rather than just for major initiatives.

These posts contain videos of me explaining certain aspects of CBA.

You can access my journal articles with google scholar using the following link:
https://scholar.google.com.au/citations?user=VY-pskAAAAAJ&hl=en

That's great, I'm glad I could offer you something useful.

I had a course on Accounting earlier this year.
And now I have Software Engineering course where the teacher taught us about the 4Ps. Project, People, Process and Product. Later came Risk Management and Key source for project.
Although mainly the lessons were about Software Engineering Projects, it seems that every projects are somewhat similar.

Morever, the Costs and Benefits are what determines that either we should proceed with the project or not.

Glad to read the detailed information you shared.
I hate to study from a book. But learning from a Blog post feels somewhat interesting to me.

I check out some other post of yours about Cost and Benefit.

Would you mind telling me the relations between the discount rate and Quality of Quantitative input ?

Normally the discount rate is unaffected by the quality of the quantitative input. Discount rates are typically set by the funding bodies and are standard across most of the projects that they fund. Applying a higher discount rate for projects with deemed lower quality inputs has some logic behind it but would make the application of the discount rate a little inconsistent. What I would recommend instead is to apply more stringent and rigorous sensitivity tests. These tests are likely to reveal a broader distribution of results, hence covering the risk of lower quality inputs.

Thanks. It was easier to understand this way.
Btw, what results are brought by these tests ?
And what about the things that have higher quality but lower discount rate ?

These test will look at a range of parameters around a particular input of high uncertainty or possibly low quality. The CBA is calculated with these range of parameters to determine a range of results. These results are normally presented as a range of net present values (NPV)s. A simple maximum or minimum NPV can be presented or a distribution of results can be presented. Probabilities can be assigned to the different results which can be used as an input into a Monte Carlo Simulation.

The primary function of the discount rate is to account for the time value of money. Discount rates sometimes are adjusted for risk. Higher quality inputs should reflect lower risk, therefore a lower discount rate could be justified. I personally feel that discount rates should not change and risk should be accounted for using sensitivity analysis.

Haha.. It's a different story in our country.

Here the discount rates change a lot after the risks are accounted.
Morever, sometimes the marketers increase the price as well as the discount.
In the end, the price after receiving the discount is almost same as what the normal price was.

That's why our country never prospers in marketing.

That sounds like a very strange approach to discounting. I just hope it does not cause too many consistency problems as this will make comparisons between projects difficult.

They only think how to get a large amount of profit in whatever they do. An act of selfishness.

This information is very useful, thanks for sharing!

This post has received a 34.48 % upvote from @aksdwi thanks to: @spectrumecons.

dear friend
Thank you you are a experienced person.
I appreciate your experience writing

Sure, no problem. I happy to share my knowledge with anyone.

The @OriginalWorks bot has determined this post by @spectrumecons to be original material and upvoted(1.5%) it!

Thanks, I'm glad you enjoyed it.

yes, I also feel happy with you, please visit my blog because I also have a new post.

This post has received a 7.64 % upvote from @buildawhale thanks to: @spectrumecons. Send at least 1 SBD to @buildawhale with a post link in the memo field for a portion of the next vote.

the part that i am almost at the end of my studies majoring business administration with minor marketing and have to clue about this makes think a couple of things about my education. to tell you the truth i havent read all of it just half but i save the post cause i believe i will need it in my life

That's great that you find my CBA post useful. I wish you all the best of luck with your studies.

thanks a lot i hope to learn for things for you! you raised the bar now :P