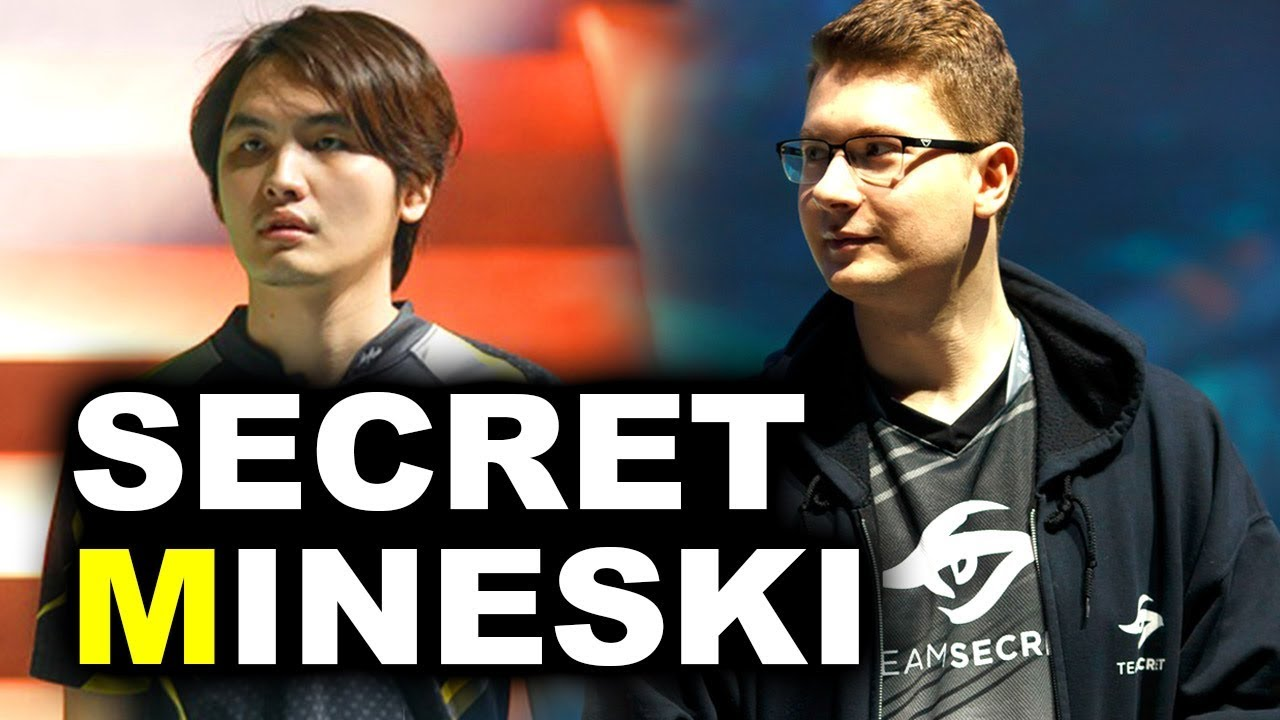 This is it two DPC ranking placers duke it out on a best of 1 to determine who will advance to the next stage of this Major Tournament. With Admiral bulldog in the panel the discussions on the panelist makes it more interesting. With the format of the tournament loser bids goodbye.

Somehow I feel the Ember Spirit was picked too early as they 3rd picked it. It's looking bad for Secret's core as there's 4 Stuns and a Silence in their enemies side to lock the Ember. The Mineski draft seems to be more complete.

The difference in Strategy here for secret is that Troll Warlord is now in the Midlane giving Ember Spirit the Safe Lane due to the pressure of Death Prophet in midlane possibly becoming too much for MidONe's hero.

By 5 minutes in it looks the Secret is winning the lane and with Slardar and Bane granting secret advantage on the lanes Nyx Assasin is almost shoved out of the bottom lane and Ember sitting comfortably on the top safelane for Radiant with Ember Spirit ahead of everybody in the CS department and then by 6 minutes he draws first blood and even securing the second kill but dropping to nyx assasin for a return kill but now forcing Death Prophet to the bottom lane giving troll even more free space to get farm.

30 seconds before 10 minutes the 2 cores from Secret die at the top lane in a clash that saw the Death Prophet already using exorcism in the tier 1 tower and now Death prophet leads in the level and giiving Mineski 1k Lead by 10 minutes in. With Mineski making great rotations and good captures of runes by Moon.

WOw! a 4 man wipe of Team Secrets at 13:50 mark is a marvel to see with Midone and Ace again dying 3x a piece. With Mineski's low cooldown skills barring exorcism they are able to make good timing with the team fights.

17:37 Secret made an attempt to do Roshan via smoking but loses the roshan with Pango intercepting the Rosh fight and snatching the aegis and even killing 3 from team secret making it a devastating team fight for them and now 30 secons prior to 18 minues Mineski leads 6K on gold and only Ember Spirit at the top of the net worth but the next 3 is from mineski.

With Moon constantly getting Arcane Rune and uses exorcism on both 2 tier 2 towers and even getting a kill on bane but Mineski eventually losing to Mushi on the bottom lane against MidOne even with Gyrocopter already having his bkb.A little shortly after Troll Warlord falls to the Lion at top top lane and even Puppey's Bane again.

Around 23 minutes in Mineski is already knocking on the doors of the Radiant team and great prolonged clash occurs with both cores from both teams dying with Pangolier being one of the reason for Mineski coming out on top a bit from that clash and Mineski maintains a 6K lead with more items coming in online for the Dire side.

By 25 minutes in Mineski is smoking again and looking for another pick but to no fruition due to Ace somehow feeling that something is up and wisely backs away on the bottom lane but when Secret smokes both Nyx and DP dies thanks to the bkbs from the radiant cores. Although their gold lead is maintained.

With a clash near roshan at before 28 minutes saw 2 cores from Secret go down and only Nyx assasin dying that eventually buybacks anyway they win the team fight shorty thereafter they claim the Roshan for free getting the aegis plus cheese this time and then before 30 minutes they immediately clash at the bottom lane near the 3rd tower.

A smoke from Mineski 31:45 in the game they attempt but again to no avail the second time with secret going up to the top lane to avoid them and the next 3 minutes without much action only to see a 3k lead and then a sudden clash 34:30 with a big clash in the mid with Slardar Troll and then Ember with no buybacks for them. Mineski goes for the racks and seeing Puppe's bane fall at the bottom barracks from 2 lanes fall the bottom and mid and now a fight on the top barracks happen which eventually becomes the reason for the mega creeps and the game is almost won by 37 minutes in.

With Secret now having to defend against megacreeps and Mineski having 22k gold lead now it looks bleak for the European team and to top that Mineski gets Roshan and they march to the bottom lane to go for the jugular eventually moving to the Ancient and shortly thereafter the game. 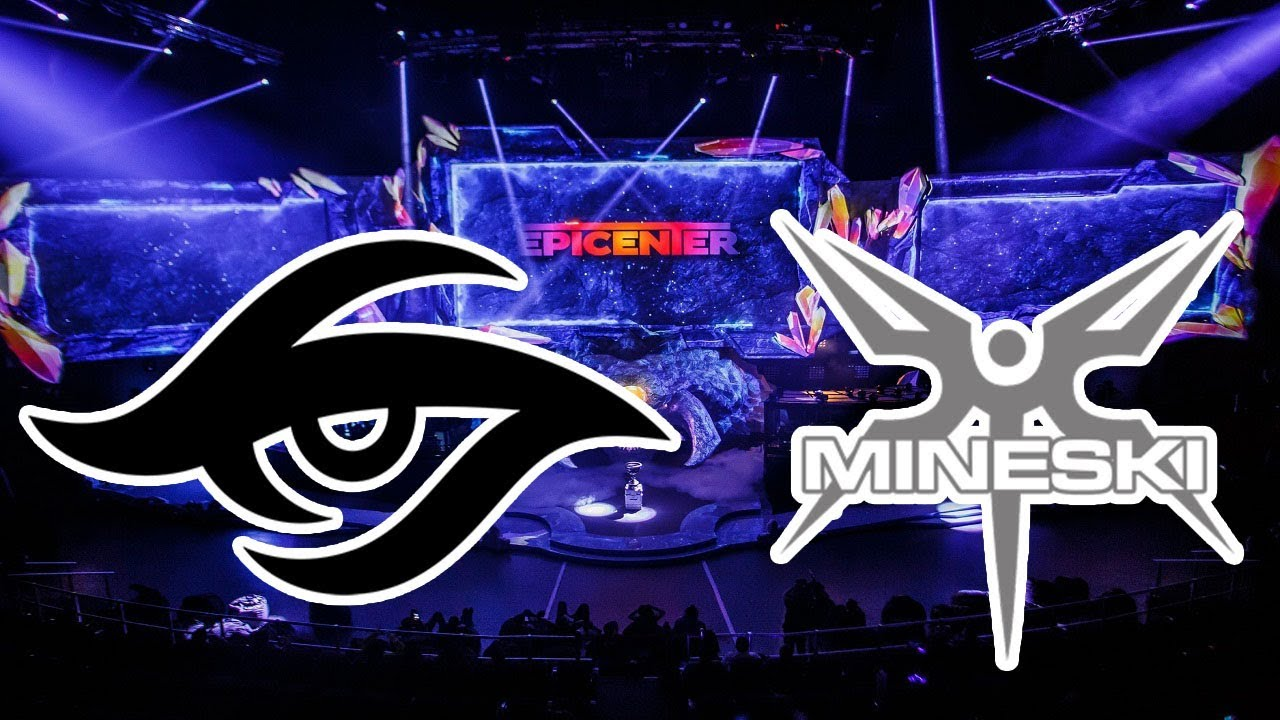 Coming into the fight it was an Ember game with Midone still performing but they are lackluster overall. They really have to always consider banning the Pangolier agains t Mineski. That being said this is a battle clearly between top tier 1 teams in the world.

Special thanks to Ведьмак for the source of thes pictures

Wow @esportsworld. You have a real passion for this game. I loves it..

Nice i am big fun of esport ....thanks for news and keep going m8.

Nice effort to tell the whole story. GIve an upvote!

Your simple UPVOTE can help feed Completely abandoned street children, click link below for further information.
Your UPVOTES and DONATION matters to the less fortunate street children of Manila. That's interesting. Thanks for sharing.

Congratulation esportsworld! Your post has appeared on the hot page after 39min with 28 votes.

Sneaky Ninja Attack! You have just been defended with a 13.59% upvote!
I was summoned by @esportsworld. I have done their bidding and now I will vanish...

It should be assassin instead of assasin.
$0.00
1 vote
Reply