Remembering My Dear Friend Who Has Died I will Miss My Ol' Friend

I received word the other day that my friend Dan didn't have much time left, and another call the next day that he had died early in the morning. This is a man I've known since I was a young boy.

I've known this man my whole life. I remember him from when I was only a few years old, coming over and eating cookies and milk. I would call him "cookie monster".

Every so often, my neighbor would call me up for some computer help.

While I was young, living at home, my neighbor lived just a few houses down. When I moved away from home in 2004, we didn't have much to do with each other for about seven years. But when I moved back in 2011 we reconnected as he became my neighbor again. It started with a plea for help with a computer problem (I don't remember what anymore) and I've been his 'computer guy' ever since. 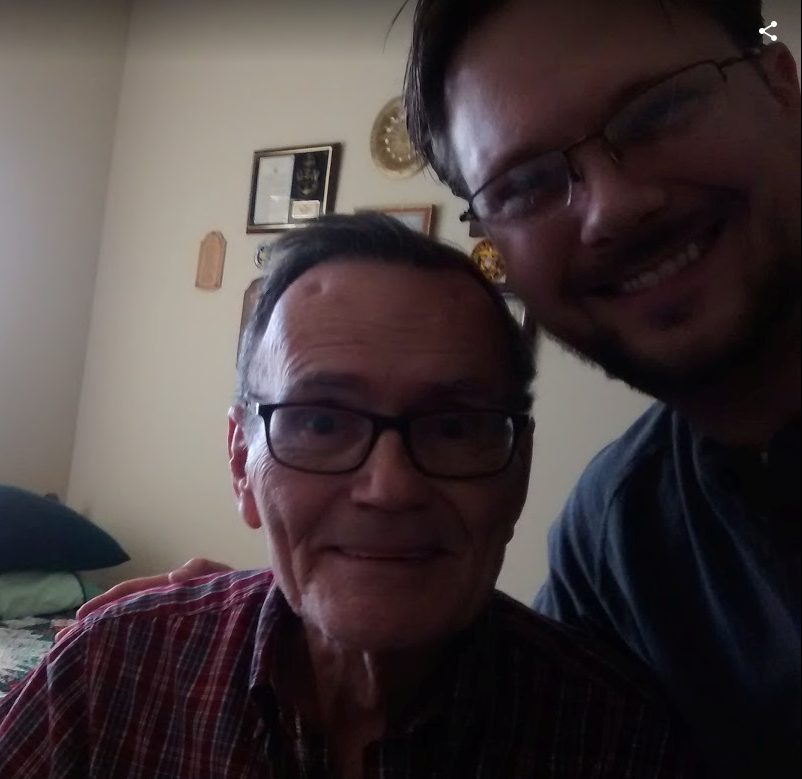 When I reconnected with him as an adult, I had just gotten married and moved into my house. When this photo was taken, I was a family of SIX, still helping with PC problems. Now I'm a family of SEVEN!

What a Great Loss, It's Been Great Calling You Friend

I will miss his calls for computer help and listening to his stories. My children will miss me bringing home ice-cream from Dan's freezer!

Submit
$0.82
152 votes
7
Authors get paid when people like you upvote their post.If you enjoyed what you read here, create your account today and start earning FREE STEEM!
Sort Order:
[-]
rollingthunder (59)  ·  2 months ago

Sorry for your loss....a dear friend......forever preserved on the steem blockchain

Thank you for your sentiments. Some of our conversations were about blockchain and crypto currency... he wasn't too impressed.

So you worked for ice cream? lol..What a blessing that must have been to be able to listen to his stories from another era.

He was a very generous man, he didn't let me leave with empty pockets. He knew I had diapers get!

That's wonderful sir ironshield, the world will miss him!

You just got a 3.48% upvote from SteemPlus!
To get higher upvotes, earn more SteemPlus Points (SPP). On your Steemit wallet, check your SPP balance and click on "How to earn SPP?" to find out all the ways to earn.
If you're not using SteemPlus yet, please check our last posts in here to see the many ways in which SteemPlus can improve your Steem experience on Steemit and Busy.

Your post was upvoted by @steem-ua, new Steem dApp, using UserAuthority for algorithmic post curation!
Your UA account score is currently 4.397 which ranks you at #2484 across all Steem accounts.
Your rank has not changed in the last three days.

In our last Algorithmic Curation Round, consisting of 90 contributions, your post is ranked at #36.