Tales from another cyclist - The cocktail runs Over the new year we had some friends round for a wee soiree. The conversation was flowing, the range of topics were as varied as the cocktails we were brewing: houses, cars, potty training, traditions, gaming, stock markets, cryptocurrencies and most amusingly cycling mishaps. And boy did he have a beauty!

The festive season was upon us, Adam was sat in Las Iguanas with the rest of his work colleagues, a Brazilian restaurant in the heart of the city. A pungent aroma of spices drifted through the air whilst an unmistakable rythmical Latin beat played in the background.

The waitress was doing her rounds collecting the drinks orders. They decided to opt for several cocktail pitchers, after all there were seven of them and the company was paying. They set themselves a challenge to finish the pitchers before the meal arrived. Only three of them were successful, Adam was one of them. It was going to be a messy evening!

Adam tentatively opened his eyes, the room was spinning as if he were on a carousel, his throat parched, head throbbing. He desparately tried to recall the events of the night before, his mind was "like a tab of bad quantrex".

"What happened? How did I get home? Where the fuck are my pants? Did someone roofie me?"

Slowly he emerged from his bedroom and stumbled towards the toilet, half expecting their to be a tiger sat in there making itself at home, luckily it was just his lost clothes.

After a quick cup of coffee and a slice of toast he decided that there would be no better hangover cure than a 20 mile cycle to work to collect his car, after leaving it at work the night before. So he grabbed his keys, donned his "active wear" aka lycra and mounted up.

The breeze from the cold December morning washed over his face, slowly relieving the pressure that had built up behind his eyes. As the miles began to fall so did the toxic sweat. This is how men cleanse, he thought. After just over an hour he reached his car, feeling refreshed and invigorated.

He chucked his bike in the back and headed for home.

As he took his seat he felt a tremendous amount of pressure inside his stomach, he needed to poo. Oh fuck he thought as he clenched his butt cheeks and tried to block it from his mind.

After a few moments the pressure subsided and he breathed a huge sigh of relief, not realising that this was just the beginning!

Five minutes later the next bout hit and it was a thousand times more powerful than the last. "Arrrggghhhh I neeeeeed toooooo shiiiitttt!" He desparately tried anything to distract him, but the pain was indescribable. This is the closest a man will ever get to the feeling of child birth.

He needed to release some pressure, the pain was so excruciating that he just had to fart. He gave it a little push to test the waters, nothing. He pushed a little harder and held on for dear life. "Thank fuck it was dry." That little air biscuit had bought him some time but he knew that it wouldn't last long.

He passed his parents house, wondering whether or not he should just pop inside and ruin their toilet. The feeling had passed for now so he thought better of it, only ten minutes home, I can make it.

Approaching his street he fumbled about for his keys, he was doubled over, the pain now crippling. Not long now he thought, I can do this. He pulled up and quickly exited the vehical. As he stood up, his body took control, he could no longer fight the urge and he crapped his pants. His initial thought was, "OOoooooooaaahhh that feels soooo goooooood". His second thought was, "oh my god, I am a grown man and I have just shit myself in the street." What made it worse was the cocktails mixed with the exotic food that he had had the night before had given him a bad case of bangalore belly. This liquid poo was now trapped in his lycra shorts and had made them swell to unnatural proportions. 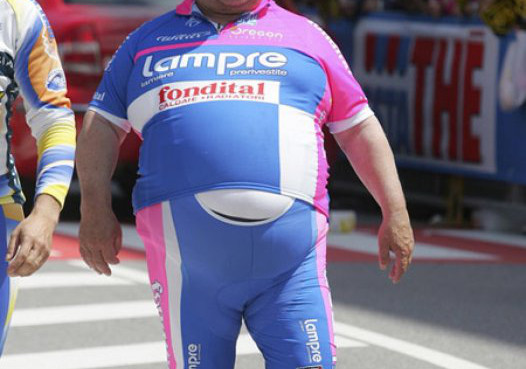 He waddled his way to the front door, the shit now slowly dribbling down his leg. Terrified that one of his neighbours would stop him for a wee chat, he quickly opened the door and went inside. As he went to go upstairs to clean up there was a knock at the door. He turned around, "just fucking typical." Adam slowly opened the door and peered round it, adjusting his body position in a vain attempt to mask the terrible odour.

"Got a delivery for you mate, just got to sign here! Do you want me to bring it in?"

Remembering that today was the day he was getting his new washine machine delivered.

Now standing in the bath legs covered in poo, Adam went to remove his lycra. Kaboommmbbbb! This was a whole new type of IED.

Congratulations @munchell! You have completed some achievement on Steemit and have been rewarded with new badge(s) :