rahemanali (56)in #cryptocurrency • 3 years ago 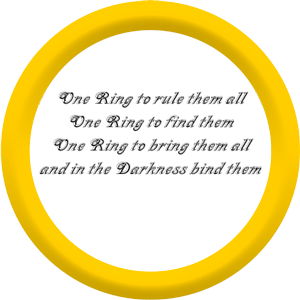 I should say that it was a mythical way of representing the truth that potency (or perhaps power) if it is to be exercised, and produce results, has to be externalized and so as it were passes, to a greater or lesser degree, out of one's direct control.

Blockchain enables decentralization of power by delegating transaction control away from any one individual and directly to the blockchain's network as a whole. No single link is stronger or more influential than the next, and absolute power exists only in a distributed form.

The state of today’s exchanges poses a risk to the decentralized nature of blockchain in various ways. First, by operating as corporations within existing countries, they have made themselves subject to regulation and legal oversight by the governing body of the country they're located in. Second, by maintaining control of all the wallets and coins at all times, they have centralized extremely large stores of both crypto and fiat currencies. This "centralized decentralization" makes any traditional exchange a potentially massive single-point of failure for the entire Cryptomarket as a whole.

Exchanges like CryptoBridge and BTS DEX, running on the BitShares blockchain, make all deposits, withdrawals and order books available directly on their blockchain, allowing for an open, decentralized exchange that is truly peer-to-peer.

AUTONIO makes automated trading accessible to anyone by providing powerful AI-based tools and intuitive strategies through a simple and easy to use GUI. AUTONIO also allows users to sell the best performing strategies directly to other users of the AUTONIO platform, enabling anyone to deploy highly effective and profitable trading bots directly on the exchange. This means that anyone can contribute to the liquidity and volume of any desired trading pair, facilitating trade for all participating exchange users.

We’re proud to present the world’s first decentralized exchange, integrated with automated trade bot support for ease of use. It’s no secret that trade bots are active on all major exchanges, and this is a necessary feature of any modern market place. Trading bots provide much needed volume and liquidity to the assets they trade in. This in turn brings stability and minimizes order slippage (temporary large spikes or dips in asset price) from single large orders.

We have only arrived here thanks to a strict adherence to the fundamental principles of blockchain: decentralization, openness, transparency, equality, accessibility, ownership and most of all freedom.

However in recent months, these fundamental values have been threatened by numerous events. Some of these include exchanges being closed, exit scams, government regulation, blatant market manipulation, just to mention a few.

We aim to reflect the true values of blockchain, working together to realize the vision of a decentralized trust network that empowers society. Blockchain is here to stay, and it is up to each and every one of us to uphold the values and virtues with which it was created.

Welcome to the Future of Decentralized Exchanges

Great one dude , please make a video tutorial on how to use it .

The video tutorial has already been made and available online. :D

can you paste the link in the reply ?

You got a 1.24% upvote from @postpromoter courtesy of @rahemanali!

This post has received a 1.95 % upvote from @booster thanks to: @rahemanali.