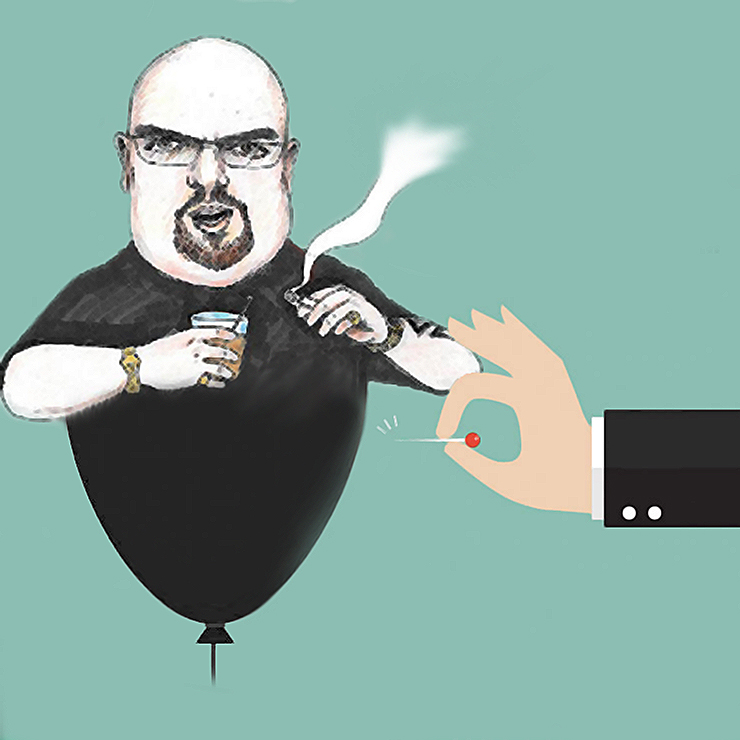 Hi Guys.
Today's post is another bad one with respect to Burst Coin.
It turns out I've been scammed by focus who is an admin on burst nation.
Below is a post by Adam Gurbeuz where he recommends buying my asset as it is undervalued. This is how the scam worked:
The original asset sold about 500,000 units at 30 burst per share which comes to about 15,000,000 burst. The asset was backed by a 100tb miner that these shares represented.
There was a fracture in the community and the current manager was looking to offload duties of the Burst4All asset to another community manager.
https://forums.burst-team.us/post/50157

I became the trustee of the asset Burst4All which was converted over time to Lex4All through a redemption program.
Upon taking over of the duties the physical owner of the 100tb miner that the prior burst4all shares represented repointed the miner and was now adding dividends to the current asset properly.
After the conversion was complete I sold about 125k shares of Lex4All to raise capital at 15 Burst each which allowed me to add 60tb of storage to this asset. The total asset was running with 160TB of mining capacity. At this point everything was true to the investors and on the "up-and-up".
On Tuesday May 23rd, 2017 Focus said on Adam Guerbuez's live stream that ogburst (an asset owned and controlled by Adam G) should just get the Lex4all 100tb miner. Reference to this statement is below.


Effectively they have just stolen from the shareholders of my asset lex4all. The original 15MILLION Burst and the hardware (100 TB Miner) that were released as part of the original Burst4All asset have been recalled by the physical owner with no repayment to investors.
Not only that but he was telling people prior to buy this asset as it's a burst mining asset and he bought up loads of shares at 8 burst. only to sell them when people buy into the hype and now he's just stolen 80% of the assets wealth generation. which means he is just ripped off everyone he's told to buy into my asset.
He's decided to post on my asset thread now calling this a scam pretty much even though those prior funds are still missing.

nice of them to treat a developer this way

below is the asset site where it clearly says 200tb from the funds of the asset sales
http://www.burst4all.com/asset/

so turns out the 100tb miner was supposed to be 200tb
"BURST4ALL Asset Plan:
-B4A asset is designed to fund mining support for Pool.Burst4All pool.
-Asset will pay dividends twice monthly and will be supported by +200tb of Burst mining power and 1% pool fee.
-All proceeds from sale of asset will be directed towards mining power on pool.burst4all.com"

People should KNOW by now that Adam Guerbuez is a THIEF...

"00/00/2000: Neo-Nazis Sacha Montreuil, 26, Adam Guerbuez, 25, and Frederic Morin, 22, beat Christian Thomas, 39, to death. As Thomas was leaving a bar, he was approached by approximately 10 men, beaten into a coma, and later died from massive head trauma. Fellow neo-Nazis Mathieu Carriere, Jonathan Cote, Isabel Forget, Steve Lavallee, and Stephen LePage were also at the bar. Cote and Lavallee were previously convicted in a series of Montreal bar attacks in 1998 and were not supposed to be in any bar."

i found that nazi shit out ages ago and made crow aware. nothing was done. if you do a google search you will see what kind of scum he is. he was also involved in the abuse of homeless people which was recorded and sold. fuck adam guerbuez i hope he fucking chokes. he should make like his hero hitler and blow his own brains out.

you sir are a legend thank you for this.
seems like everyone knows this.

speaking of which i left a comment on bitslers twitter letting them know they might lose money if they add burstcoin to there casino due to an exploit. heres hoping they listen

So many things are going on right now with Burstcoiin, is it still possible for Burstcoin to continue?

I cant even mine as there are DDOSes all over the place.

Absolutely you have to stay away from this shady community and especially from this fat ass thug ! Have you seen how he manipulated his views on some videos, not possible to get 500000 views with the burstcoin topic, as all the others have barely a couple thousand...

How much was the estimated USD cost?

the miners cost was approximately 3-7k usd and returns about 100-200$ every week.

the cost to my shareholders was probably more. considering the asset is worthless on the exchange now

Buddy. I am still sorry about the whole thing. I am rooting for all you effected by this. Sharing this on the internets.

You legend Jacob 😊 yeah its pretty bad im shocked tbh to still see he has a cult following after this. Every video he does on YouTube hes slandering people its disgusting behaviour

I am but a messenger. You and the coding & developing crew are legion. My hope is this can be put to bed and fogotten so that you and your talents can rise above it. I've bumped into some strange stuff, but that AG guy is one of the worst. Eventually, we'll have to let it go, grab our future with both hands. Many more positive opportunities await us than that sad cult. Eos is coming, Bitshares is here, Steem marches on. Looking forward to what else you and your crew have in store.

OUCH! thanks for informing us!

The Burst Casino is an utter scam too. Zeus 'lost' the casino bank and stripped shares of any value, issuing 'new' shares to cover the cost of a new bankroll. No one bought these yet the casino was back up and running very quickly. In short he removed the need to pay profit dividends to all his shareholders.

hey not just that but Zeus is now helping bitsler integrate burst into that platform.
technically that's conflict of interest as they are competitors

Yes, you got me. Check out my profile as well for an introductory story. Make sure to subscribe as i will give you way more insight into my life and teach you how to scam and steal like a pro!

This guy makes Mark Karpeles blush! There is no honor among thieves! im not into BURST [just have some coins] i read this but i dont exactly understand what happened.
could you write tldr version for guys like me?

in short Focus and Adam Guerbuez both admins of burst nation have stolen from miners on ninja pool, misshandled developer funds and just stolen a 100tb miner that my shareholders paid for.

they set up the original asset. burst4all. they didnt want to manage it anymore so offered to hand it over to Haitch. admin on the burst-team forums.
see below post
https://forums.burst-team.us/post/50157

because he didnt want to do it. i stepped up with the offer to take it over.

It makes my day when i see one of my pics been used for good :P

Down with the A.G regime!