Facebook lost $90B in market cap this month, yet it's still 40% larger than the entire Cryptocurrency market cap

jrcornel (82)in #cryptocurrency • 4 years ago (edited)

Yes, you read that title correctly.

Facebook lost roughly $90 billion in the last month and even after that drop, it's valuation is still 40% larger than that of the entire cryptocurrency market cap:

It's been a rough couple weeks for Facebook's stock, to say the least. Facebook has a market cap of $463 billion. It was very near $550 billion just a few weeks prior.

Now lets compare that with the market cap of the entire cryptocurrency asset class:

Does that seem right to you?

We are talking about an entire asset class that could potentially disrupt just about everything, trading for less than a single centralized social media company.

Yes Facebook makes a lot of money and yes it is unclear exactly what role cryptocurrencies will play in the future, but that does seem slightly out of whack to me.

I would not be surprised to see these numbers completely flip in the coming months.

So, are you saying that Bigger is Better? 🤑

Give it a few more weeks and hopefully FB's market cap will be approaching that of Tether. :-)))

I did read an article in mainstream media that facebook at the moment is just to big to fail!
O boy, they will be proven wrong. Te only thing that could safe facebook is if they implement some kind of reward for their users. At the end they will but then it is maybe too little too late!

Really? I wonder what their rational of too big to fail was? In the past, banks were too big to fail because they were so intertwined with just about every part of the economy. Facebook, not so much.

Which is why they acquired other companies that appeal to the non-facebook crowd. Nothing is too big to fail, but they've diversified. They really are the social media equivalent of Google or Amazon in terms of dominance in their respective fields, at least in the west. China and other emerging markets and their own social medias/commerce platforms are a whole other story. What's funny is how small, say, Amazon and its volume is compared to the Ali family of companies.

Don't forget that almost 1/6th of the population lives in China. That's why I did invest in Neo instead of Ethereum. (Not the only one, but one of the reasons)
But things are changing, within 2 months there will be a linkedin like application on the blockchain, where people are rewarded to share their business profile. It maybe not the big change but each small one, contributes to it!

Looking forward to see a rewarding facebook type social type social but unique and quite different from facebook. One thing won't happen for sure, mass amount of people won't leave facebook for steemit, however a beautifully designed and very user friendly and light app built with to integrate with the steemit platform may just do the trick. Though, a social media built to compete with facebook, i'd prefer it being built on the EOS platform.

Don't worry by the end of April, it will be worth less that the entire cryptocurrency market cap. By the end of the year probably half or less. Facebook is dying, I haven't used it for a couple years and now other smart people are dropping it.

I was hoping you were going to say it was worth less because crypto was soaring, dang. Perhaps some combination of the two. I think once we get past April 19th (tax day), we will see some money come back into the space.

@jrcornel. I'm glad you said some money. Because tax day isn't for the entire world. It's just for the US. Hopefully, people will FOMO in because they have no idea what initiated the new bull run lol.

Agree times 100 times the reason for the drop this time of year is liquidations for tax purposes. People are meeting thier accountants and freaking out. Also profit taking because no tax is due for a year on that. Then again it is the year of the dog and I prefer cats.

There is some good news coming out for crypto right now, hence the bounce. Also there is huge money wanting to get in, waiting for the finalization of regulations, hedge funds, central banks etc. It will take time to build up momentum and it will go past the moon to another galaxy as the real whales buy in giving crypto some real legitimacy to all the investors that thus far have been too scared to jump in.

This, so much awareness now of this soul harvesting tapeworm platform, it's usage pattern mimics that of Myspace right at its peak when it plateaued. Look out zuck, better find a new job.

Yeah, I wonder how many accounts are sitting inactive, with people who won't come back but haven't bothered to close them.

I saw that in the news.The loss is due to the Cambridge analytical scandal. Among those I saw that has broken ties with facebook is Mozilla (Firefox browser) I expect a lot of companies and investors are doing the same.

It's interesting because I think trust is something that people kind of accept as a part of using the internet. You have to trust these companies not to use your information in nefarious ways. It seems like they prove time and time again that they aren't worthy of trust, and people are sort of accepting that they have to give in to use online services. Crypto is a really great step in the opposite direction. It is still possible to have privacy in a meaningful way. I hope things like crypto make people aware that they don't have to give up their privacy and makes them fight more for it. 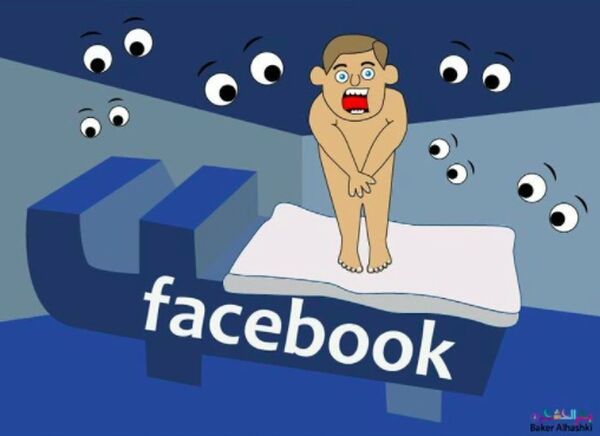 Most people are unaware of what is actually happening, especially third world countries.

Nice article, thanks for sharing. I've smashed the like button for you!

Mark Zuckerberg intrigued to go further and ponder the positive and negative parts of these Cryptocurrency technologies…......

Dotcom bubble was 10% of total world stock market when crashed.

Meaning cryptos is in potential bubble at 10 trillion mcap. 30x these levels. But as we all know..tech stocks are way higjer now than at the peak of the 2000 bubble.

Weve seen nothing yet.

yup it is just because of people finally knows that #Facebook is just
a garbage nothing else. it is just a time waste. Thank God my facebook hangover finally drowned. #DeleteFacebook

From the looks of things, facebook may likely lose more. They have lost alot of advertiser due to increase in fee and trust issues

Waiting for the numbers to flip!

While I do really feel sorry and hope it does not affect us in any bad way ;)

While why I am getting happy with that news ;)

Lets aim for the 90 Billion pulled out from Facebook and get it all invested in crypto's...

well news in crypocurrency i like this keep it up

Very informative for steemians. Sad for FB but its a good news for crypto . Thanks for sharing

I think facebook has strong hold for it not suddenly sink totally despite the fact of the mass loss. But let's keep watching. Thanks for this great info!

Congratulations @juninho! You have completed some achievement on Steemit and have been rewarded with new badge(s) :

Facebook will lose more, cryptos are here to stay, fight it at your own peril.

Hahaha. Lol. Facebook is vast.
The territory of Facebook.
But don't worry Facebook is going to do down very soon. It time for the crypto world. Crypto block chain based platforms will replace Facebook.

It's a huge blow to the facebook . Because of it's breach into people's privacy it had lost much of its reputation . People started becoming against facebook . We might expect a huge drop of it's market capital and equals to that of cypto within a month .

I'm not completely against Facebook , despite of it's cons it served good for many . Anything may happen , let's see .
This news might bring people towards decentralization . Indeed decentralization is the main thing that made me love crypto's

While it is too early to call for the end of Facebook, I think the tides have turned for now. People that have alternatives like the great platform we are on now #Steemit, there will be attrition on their end. This will be a lesson for those who continue to trust the centralized focus of these companies that only lookout for their shareholders based on our utilization. Our attention will become more valuable as time passes so we need to continue to spread the awareness.

Facebook is overpriced as are most assets before the deflationary event that's coming, but they own several large internet properties and the amount of users and data they have access to is massive. Crypto's adoption for actual use is so small that it probably doesn't register even 1/100000000th of a second's worth of data a day for that massive entity.

If you look up the definition of a tapeworm you will find the description of Facebook with a picture of mark Zuckerberg. Facebook is so over valued it's not even funny and they actually say with a straight face that Bitcoin is a bubble. We are about to see the real bubble pop real fast and Facebook is one of the companies on the top that has a long way to fall. A long way.

We are talking about an entire asset class that could potentially disrupt just about everything, trading for less than a single centralized social media company.

Great remark! But I'm not worried, the switch in market caps will be made again, that time most likely for good.

Facebook will fall to at least $145, than $120, then you will have to write another post on how the Crypto Market cap exceeds Facebook's Market Cap. 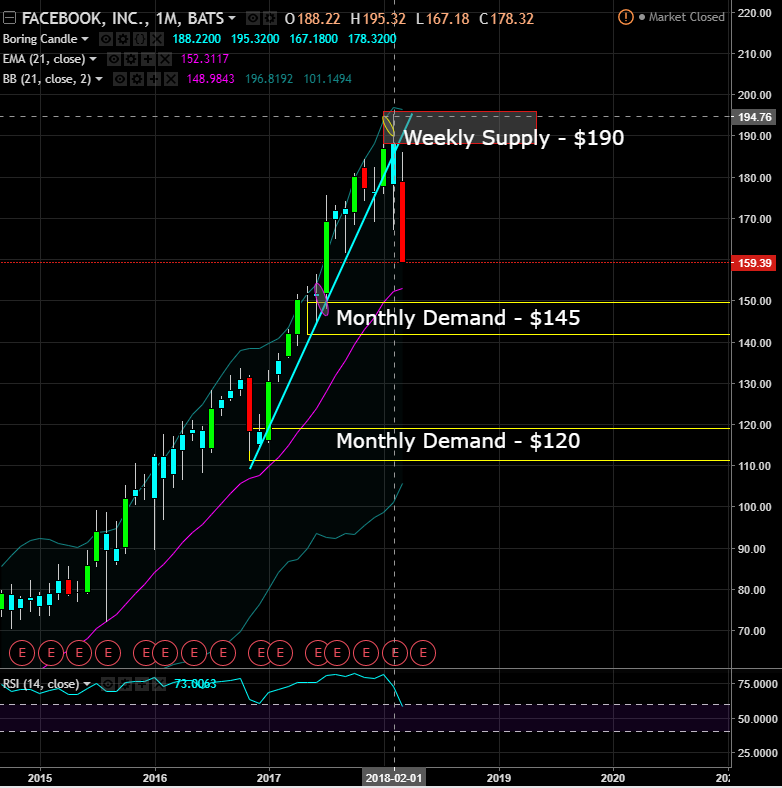 Congratulations @jrcornel, this post is the seventh most rewarded post (based on pending payouts) in the last 12 hours written by a Superhero or Legend account holder (accounts hold greater than 100 Mega Vests). The total number of posts by Superhero and Legend account holders during this period was 53 and the total pending payments to posts in these categories was $2221.29. To see the full list of highest paid posts across all accounts categories, click here.

Facebook will definitely die if they won't do anything to at least compete with steemit rewards system haha LOL :)

It seems as though there's a lot of upside potential for crypto (I'm not a financial adviser, this is not financial advice, just my opinion)

Steemit is taking over

We need solid projects on the blockchain and also, we need them to work seamlessly and efficiently...eitherway, the cryptocurrency market will overtake that of facebook in the next 8 months to 1,5 years.