htdiary (34)in #cryptocurrency • 3 years ago 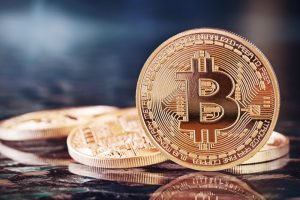 India has sent tax notices to tens of thousands of people dealing in cryptocurrency after a nationwide survey showed more than $3.5 billion worth of transactions have been conducted over a 17-month period, Reuters has reported the country’s income tax department as saying.

Tech-savvy young investors, real estate players and jewellers are among those invested in bitcoin and other virtual currencies, tax officials told Reuters after gathering data from nine exchanges in Mumbai, Delhi, Bengaluru and Pune.

Governments around the world are grappling with how to regulate cryptocurrency trading, and policymakers are expected to discuss the matter at a G20 summit in Argentina in March.

The Indian government has issued repeated warnings against digital currency investments, saying these were like “Ponzi schemes” that offer unusually high returns to early investors.

But it has not so far imposed curbs on an industry estimated to be adding 200,000 users in India every month.

B.R. Balakrishnan, a director general of investigations at the income tax department in the southern state of Karnataka, said notices were sent following the survey to assess the penetration and patterns of virtual currency trade.

“We cannot turn a blind eye. It would have been disastrous to wait until the final verdict was out on its legality,” he told Reuters.

The tax department has asked people dealing in bitcoin and other virtual currencies such as Ethereum and ripple to pay tax on capital gains. They have also asked for details about their total holdings and the source of funds in the tax notice seen by Reuters.

“We found that investors were not reflecting it on their tax returns and in many cases, the investment was not accounted for,” Balakrishnan said.

Bitcoin, the world’s biggest cryptocurrency, soared more than 1,700 percent last year, hitting a record high just shy of $20,000 as institutional and retail investors around the world snapped up the virtual currency.