How I Messed Up 3 Crypto Trades Before Going to Bed

Yesterday I showed you how I made 3 successful trades with Ethereum, Litcoin and OmiseGO, and today I will show you how I messed up 3 crypto trades before going to bed, with these exact same coins. 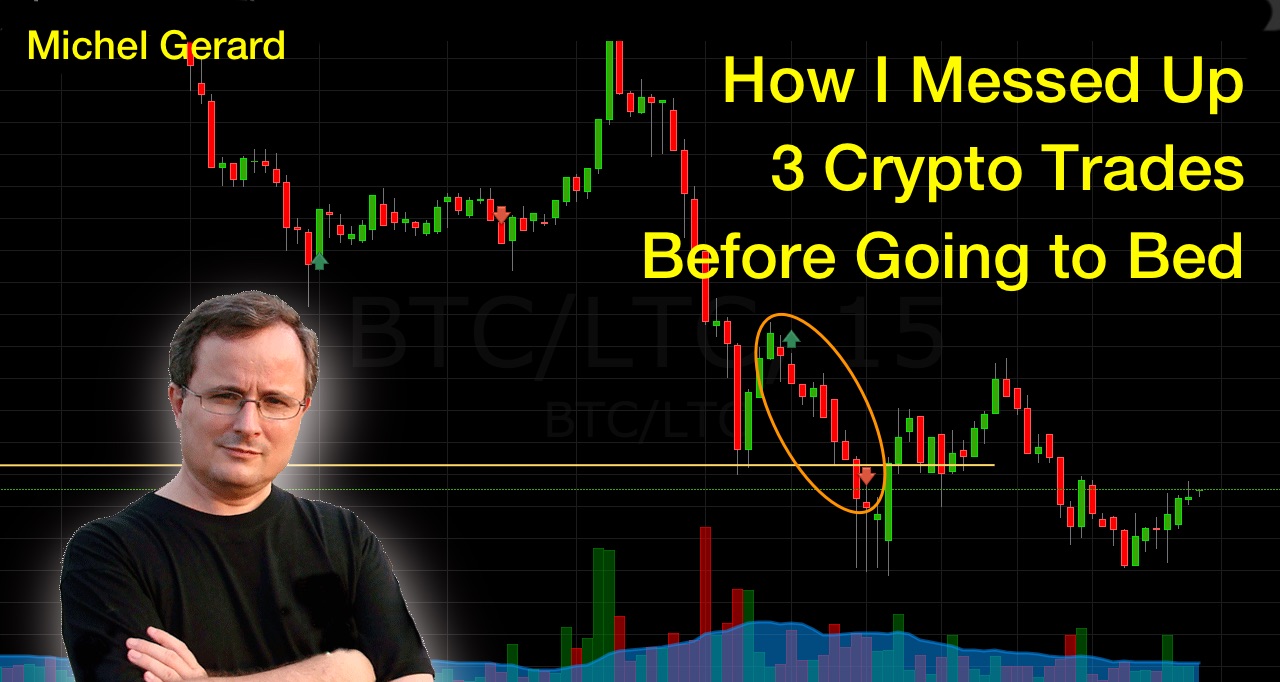 How I Messed Up 3 Crypto Trades Before Going to Bed


This post is again part of my own journey in learning trading cryptocurrencies and I hope it will be as useful for you as it is for me.

If you are a beginner I believe that you will find this 3 failed trade reports useful so you can avoid doing the same mistakes, and if you are experimented please let us know what I could have done better.

I continued my trades on Ethereum, Litcoin and OmiseGO in the evening at 8:00 p.m. as I saw an opportunity in each of them

I made a new trade with OmiseGO (OMG) as the chart showed that it was at a bottom again and in my analysis it was not going to go down further the line I drew. When I bought, the trend was up and I though it was confirming what I was thinking. Then, a while later it started to dive and I expected it to go back up again. It was about 45 minutes later and time for getting some rest with my wife watching Netflix for an hour and then go to bed.

To protect my trade I put a stop loss much below I bought so it could rebound without triggering the sell and I would still get a small loss.

My OmiseGO were sold while I was watching TV and as you can see it didn't recover some 10 hours later. 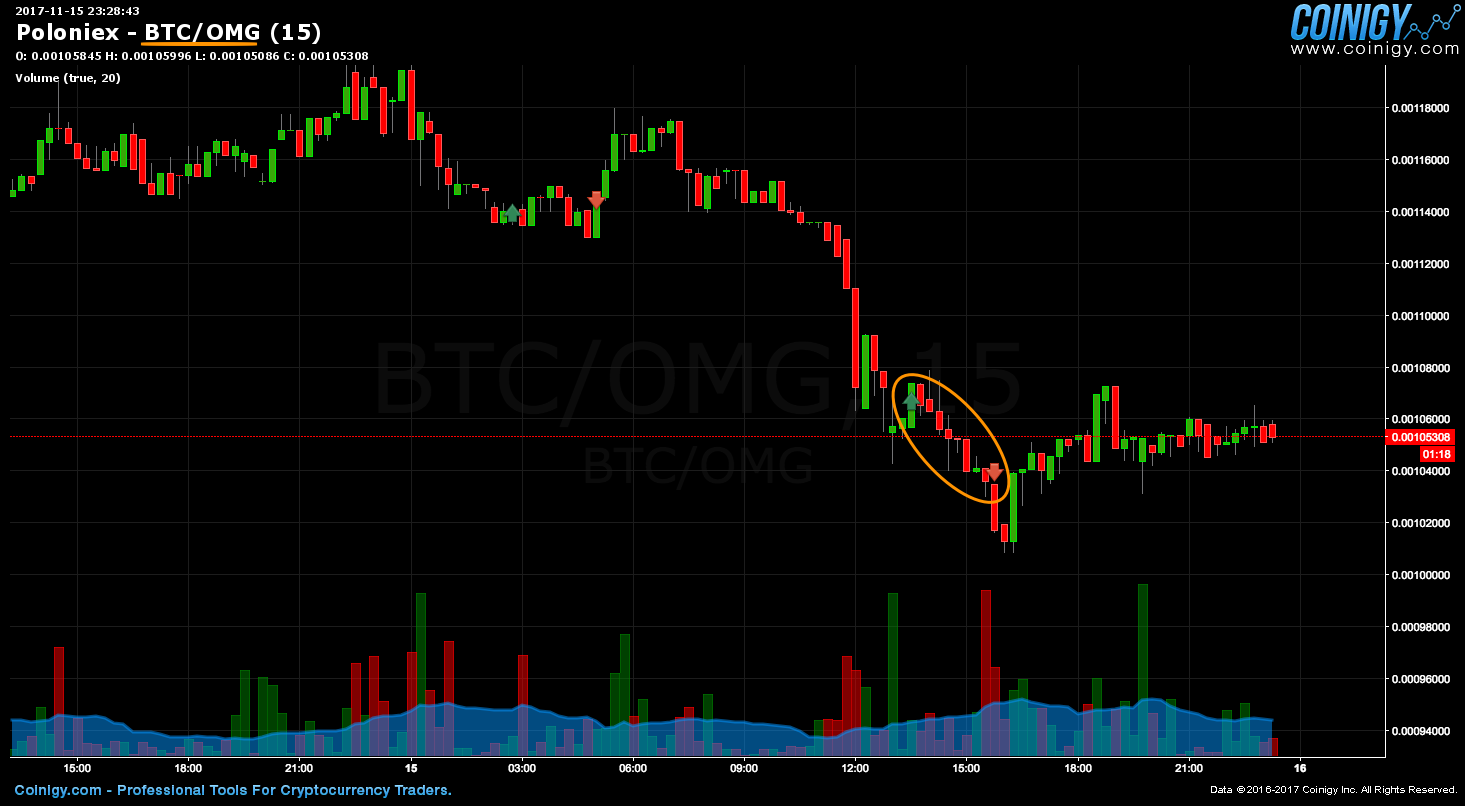 Never again I will trade before going to bed!

I bought Litecoin (LTC) when it was going up and my order processed late so I entered the trade at the worst possible time. I was thinking it was going to replicate this nice "M" at the left and I drew a line for the bottom, which I thought was the maximum it could go down. Well, I was wrong. It did go down and it didn't recover 10 hours later. In this trade also, I put a stop loss in the same manner as I did for Ethereum and it triggered when I was watching TV. 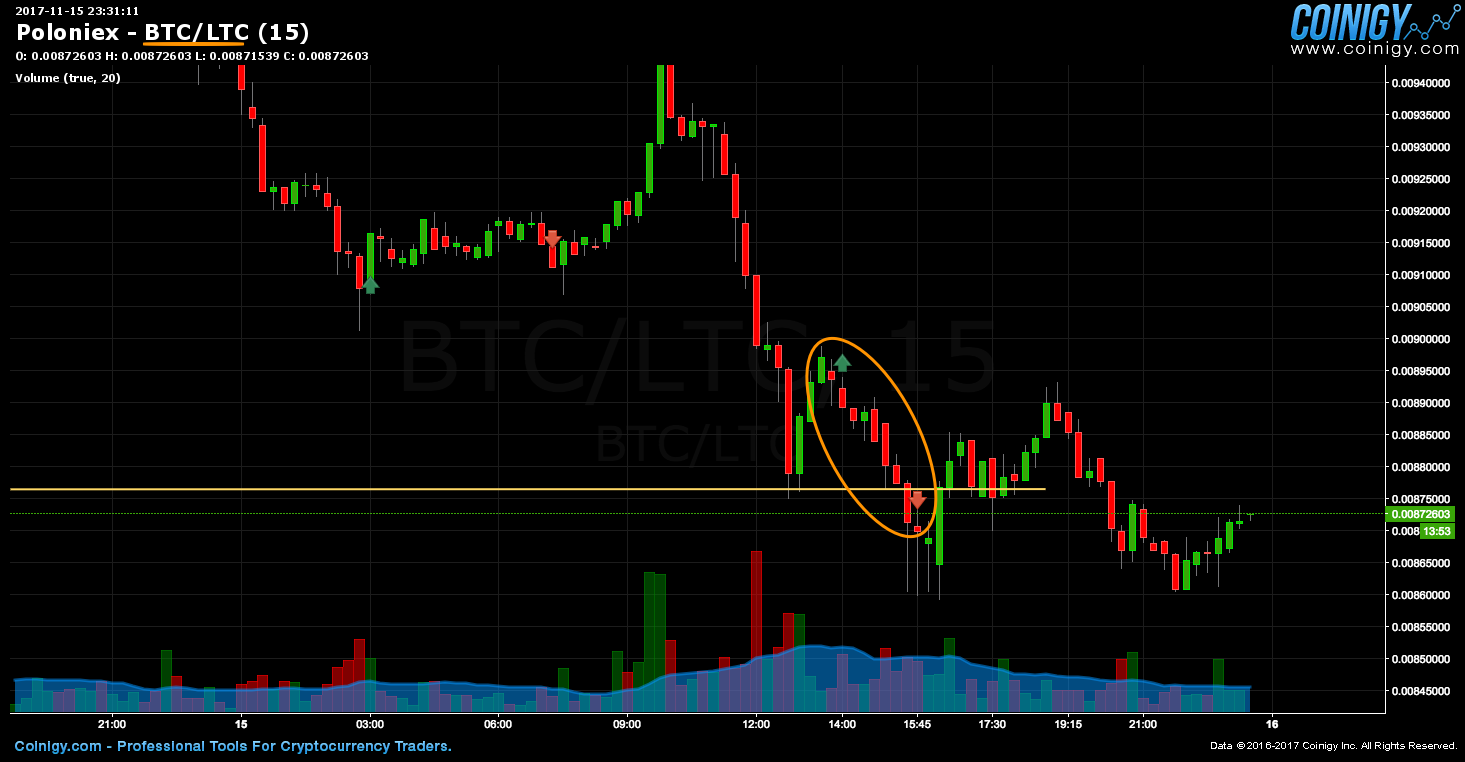 I entered this trade because I saw an increase in trading volume at this time of the day and thought this was really going to push things up.

I messed up with the Ethereum (ETH) trade as I did not analyze the chart properly. I drew a first bottom line, then a second, believing this was not going to go down further according to what happened several hours ago.

I entered the trade when it was going up, which I though confirmed my analysis. It started then to go down. The trading volume was nice and I though it was going to rebound up again.

I placed my stop loss in the same manner as the other 2 trades and went to watch my TV show. 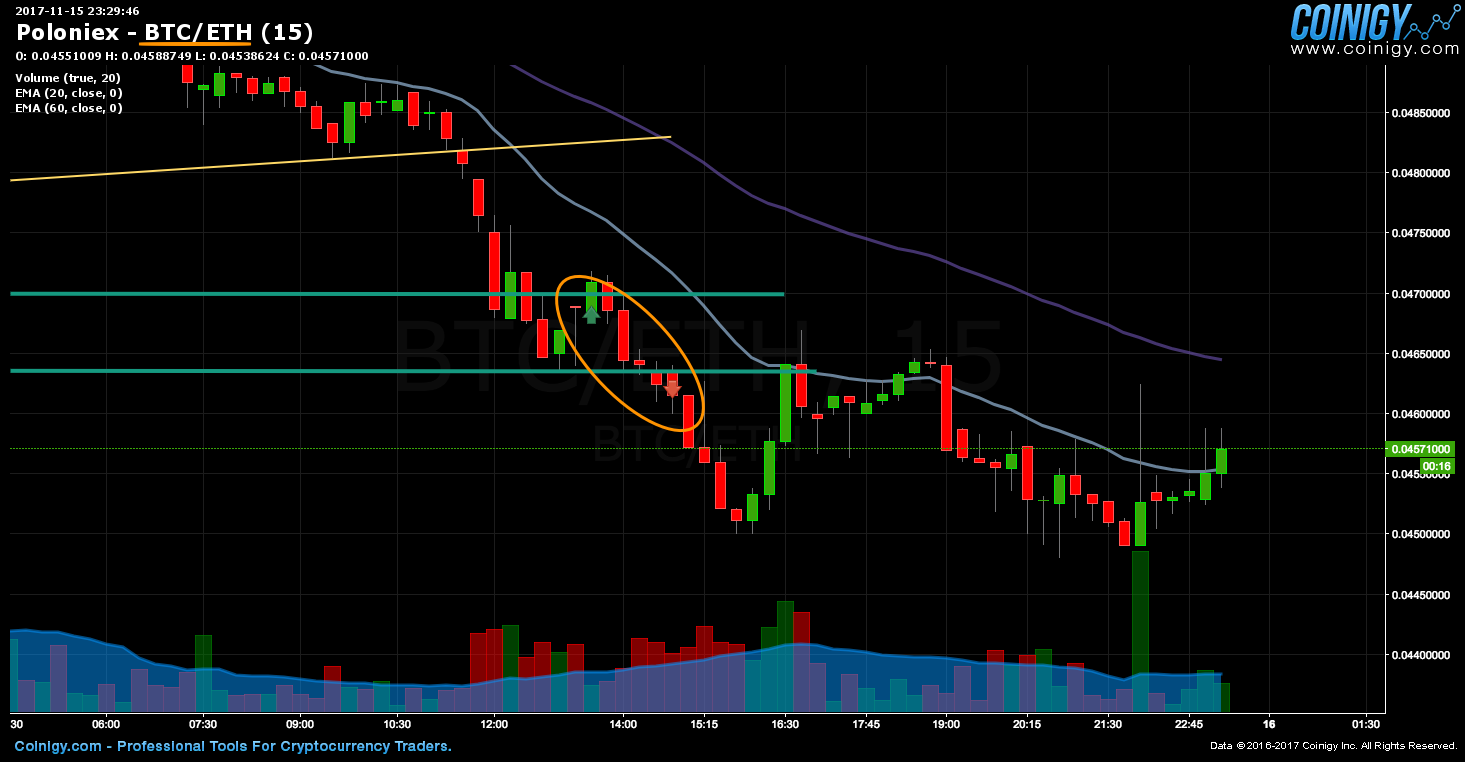 The sell was triggered and it went lower than I thought it was. After 10 hours, it still hasn't recovered.

Hopefully, I traded very small amounts and even losing some Satoshis, the increase of Bitcoin in value showed an additional $5 for the day.

The lesson of this is that you have to choose between watching your favorite show on TV or trading, not do both. Being at the end of the day and tired might have also played a role in failing these trades.

I hope this post is useful for you to see that day trading is not evening trading!

I am a student of the cryptocurrency trading course and if you are interested to join, use coupon code "michelsentme" at check out, I will get a small commission and you will get a 20% discount.

Would you upvote this post and follow me for more because this will encourage me to make more posts about my crypto trades like this one?

PS: If you find what TV show I was watching on TV yesterday, I'll send you 3 SBD.

Thankfully I have learned not to trade is the best solution which is confirmed in your post here :)

I believe that it is all in getting the skills with hours of practice and managing risks. Playing with ridiculously small amounts so that doesn't hurt. Hopefully I made more with this Steemit post!

It's had not to trade on such dips but when you take emotion out of it and sit back and think the chances of you losing all of your money are rather slim and you'd be better riding it out. But when you see a stock or crypto pummeled like that your first instinct is to sell.

This post has received a 1.12 % upvote from @buildawhale thanks to: @gmichelbkk. Send at least 1 SBD to @buildawhale with a post link in the memo field for a portion of the next vote.

nice post.hellow I'm new in Steemit. i m going to follow you

The main thing is that you learned from these mistakes. Just be patient and let the price come to you ;)