The Difference Between Proof-Of-Work And Proof-Of-Stack Explained !

Few days back, I was asked a question by a noob on my Quora account, the question goes like this, “What should I do to earn BTC from PoS, is it ok that just buy BTC and hold it in My Jaxx wallet?”.

For a while I thought it was funny but then I thought about that we are living in a world where so many people are still unaware and the crypto market is just 2.5 millions users, investors and traders. So, I felt the need to write about it and spread the word out there. I know there are a lot of great contents out there written by some wonderful people but people still don’t find it. So, I thought I should make a little contribution into it, who knows if they miss those contents might find this one helpful. Also, this post will address the lesser educated so they might find it useful.

Before I explain PoW and PoS you need to know what mining is and what does it do.

“The process of adding transaction records to Bitcoin's public ledger of past transactions”.

So, basically miners are record keepers or more like validators, they make sure that every file is kept where it belongs in a pre-defined manner by the network. But it doesn’t just ends there, every other record keeper/validator or whatever you want to call it, will have to also agree with the everyone.

To the validation. That the record is validated as per protocols and everyone on the network agrees to it, hence the consensus.

As the name suggest, show me your work. Come on man! prove it. I am a computer and can’t just take your words for words (in a way PoW it’s all about absence-of-trust and considering what banks did to us in the past, it’s better this way :p). Even If I do, other people won’t. Remember, I have to achieve a consensus.? 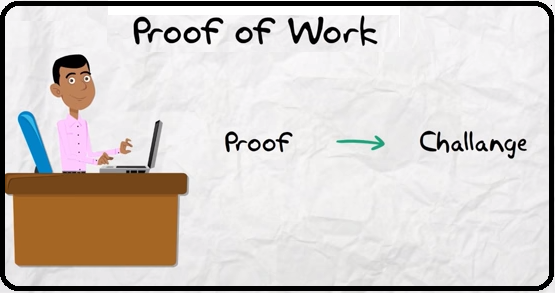 Image Source: 99Bitcoin
Pretty much simple right? That’s what we all do in our day to day life.

In a computer language those challenges are known as cryptographical hashes and the work that your perform on is known as a “block”, and the record keeper is known as the “miner”, and the place where you keep those records is known as “Blockchain”. The record that you keep as a miner is known as “Ledger”. The primary purpose of mining is to allow Bitcoin nodes to reach a secure, tamper-resistant consensus.

So, basically in a PoW method you validate certain blocks by solving cryptographical hashes and then convey those solved hashes to the network for further consensus to become part of Blockchain. And for doing all this you receive a certain reward. That certain reward is the ‘New/fresh Bitcoin’ in the market and that’s how the supply of coins increases or issued.

Proof of work uses a lot of energy and as per estimats the amount of energy that bitcoin miners requires can lit up the whole Sri lanka or Columbia. And the crazy part is that miners move into countries like Iceland to keep their mining equipment cold. And this is one of the reasons why it has been a concern for miners and why many coins are shifting towards PoS protocol. It’s simply not sustainable and environment friendly.

Now let’s see what PoS is all about.

Again pretty much explained by the name. You show me the proof of your ownership and I will reward you for that. It’s an alternative to PoW. The more coins you have the more stacking you will get hence the more reward. 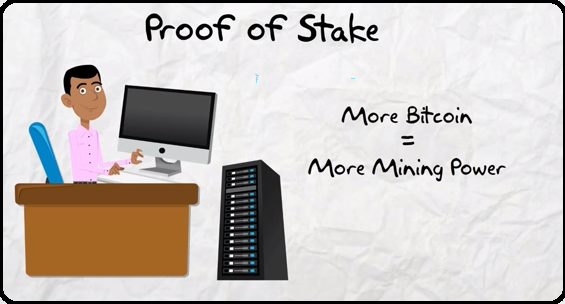 In this type of method, you don’t have to waste energy as your graphics card are not solving any cryptographical hashes or challenges it just simply stacks. Just like you stack your books. Image Source: pixaby
All you have to do is to leave your wallet online and it will do wonders for you. PoS also prevents the abuse of mining power and encourages long-term hodlers. Which in turn strengthens that currency’s future. PoS is a more sustainable approach towards mining. Also, it’s too easy to distribute the rewards.

Consider it like this, you go to your office everyday at 7am, do some shithard work all day long and that includes your Coffee making skills too.

While your d*ckhead Boss comes at 10am, does nothing other than flirting with that hot chick in your office and brags about his success stories all day long and beat the shit outta of you. You gotta to listen to him.

And when it comes to rewards, you are ashamed of your salary to share it among your fellow graduates (and often gets angry or leaves the room when you see that topic coming). It sucks, isn’t it?

While that retarded boss of yours is roaming around with flashy cars and all the kinky girls in the world. That hurts.

So, that’s pretty much the difference between Proof-of-Work and Proof-of-Stack algorithms.

let us know what your thoughts are on the issue. Comments are always welcome. That’s what keeps me going.

Thanks so much @ghayas I found it so educative. img credz: pixabay.com
Nice, you got a 65.0% @glitterbooster upgoat, thanks to @ghayas
Want a boost? Minnowbooster's got your back!

The @OriginalWorks bot has determined this post by @ghayas to be original material and upvoted(2%) it!

I learnt something New here. Thanks

Congratulations! This post has been upvoted from the communal account, @minnowsupport, by ghayas from the Minnow Support Project. It's a witness project run by aggroed, ausbitbank, teamsteem, theprophet0, someguy123, neoxian, followbtcnews/crimsonclad, and netuoso. The goal is to help Steemit grow by supporting Minnows and creating a social network. Please find us in the Peace, Abundance, and Liberty Network (PALnet) Discord Channel. It's a completely public and open space to all members of the Steemit community who voluntarily choose to be there.