"How did I find out he / she was cheating on me" 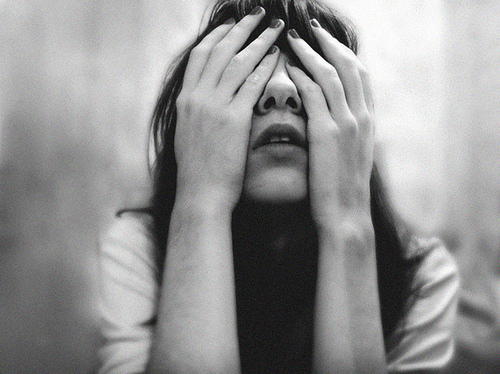 Here are ten men and women who discovered the infidelity of their companion in different ways. Testimonials with open hearts.

Perhaps you remember the story of James Mc Vey, one of the singers of British pop rock band Vamps. If that does not make sense to you, know that the 21-year-old had discovered the infidelity of his half in November 2014. His girlfriend at the time was then posing on Instagram kissing another. The musician had been tagged nearly 375,000 times. A break in love for the least clumsy and yet some users of Reddit have encountered even more mortifying situations. Here are 10 stories of infidelity that have been told about the social network.

The truth broke during a wedding

"Her mistress told me the truth during the marriage of a mutual friend, I kept calm until we left, I was not going to give them the satisfaction of seeing me go crazy and ruin the most beautiful day of someone's life. "

Blocked with her for 11 hours after discovering her infidelity

"I had just boarded a flight from London to Las Vegas, and sitting next to my girlfriend, she was about to show me what she had planned for our trip, so she took out her cell phone. When we lit him, we came across his messages and a conversation with a man (whom I knew) who told him how much he was going to miss her and how he did not think she was going with me. The aircraft doors closed and we spent the longest 11 hours of our life. "

Do what I say, not what I do

"Back home at work early, I find my partner sleeping with another, not very original, you tell me, the funny thing is that I wanted to have an open relationship," he said. I did not agree with that, apparently he was selfish enough ... "

She led a double life

"After a very long day of work, I go home, go to the bathroom and find myself face to face with the toilet seat raised, I say to myself: either my wife has not been in the bathroom since 20 hours, a Another man came to the house and I suspected that he was one of his so-called gay friends ... I also knew that he was selling his house, so I called the real estate agency and asked to visit it.On the back, just behind the door of the vestibule, I recognized one of my wife's jackets.Through the living room, it was the shock: right, on the fireplace, had a picture of her with this man, we divorcedshortly thereafter. She ended up marrying this man, then she ended up cheating on him and they are now divorced. Not for a moment did I feel bad for him. "

"While attending her company's Christmas party, I had to stay at home to keep our five-year-old son.My wife had to go home before deciding to spend the night at the hotel so I could saying "drink and not having to drive." I woke up at 3 am knowing that something was wrong, something that had never happened to me before, I checked her whereabouts to the geolocation, then I discovered that she was in the apartment of his boss ... in his company. "

"I know it sounds a little cliché, but I came home after 12 months of mission to find a baby, and what is more, was black, two clues that can be described as flagrant. the third thing that struck me was when she told me that she had black people in her family that I had never met, which could be a more or less plausible explanation for the color In spite of everything, I do not think there is a period of magical and imaginary gestation that lasts twelve months. "

A lack of hygiene that betrayed his infidelity

"Every night after work, my pillow had a strange whitish stain, my wife said I was sleeping , but I finally realized that she actually had a lover, the worst, and sometimes even used my bath towel to clean up her "surplus of love" towards my wife ... "

A double life not very discreet

"Unknowingly, I had dinner with the girl my boyfriend was cheating on me, my best friend at the time had found a new apartment and decided to hold a housewarming dinner. said to my best friend: "By the way, I know you hate him but I still see" HE "(replace with an exotic name that few people wear)." His roommate hears and replies "HE"? medical student who lives in the center? " I answer, "uh ... yes?" She goes on: "I've been sleeping with him since May!" She then phoned him with the speaker activated, in my presence of course silent. Then I did the same from my phone. The worst thing is that I lost my virginity with him. It's life..."

"Some time after our separation, I connected to Facebook, always being friends with her brothers and sisters and with her parents, I had access to photos on which my ex was identified. I found a picture of him carrying his son, a pretty full-term baby, less than nine months after we broke up ... "

"My ex-fiancé had both an iPhone and a MacBook, so if you know iMessage, it means that he can send and receive text messages from his laptop.With his permission, I often used his laptop to work. While he was in the office, one day he received a message from his ex, with whom he spoke quite regularly, and I did not feel comfortable with her, since she was the one who she was married and insisted that he only considered her a very good friend so I chose to trust my fiance, but that day she texted him very strange: "Just a message to tell you: I love you." I decided to open the conversation.I found hours and hours of sex. He had sent it that morning, while I slept by his side all night. When he came home, I was not home anymore. " img credz: pixabay.com
Nice, you got a 52.0% @adept upgoat, thanks to @sobiakanwal
Want a boost? Minnowbooster's got your back!

Congratulations! This post has been upvoted from the communal account, @minnowsupport, by sobiakanwal from the Minnow Support Project. It's a witness project run by aggroed, ausbitbank, teamsteem, theprophet0, someguy123, neoxian, followbtcnews/crimsonclad, and netuoso. The goal is to help Steemit grow by supporting Minnows and creating a social network. Please find us in the Peace, Abundance, and Liberty Network (PALnet) Discord Channel. It's a completely public and open space to all members of the Steemit community who voluntarily choose to be there.