Carbon 60 Has the Potential to Extend life

A recent publication that reports that a solution of olive oil and C60 carbon buckyballs fed to middle age rats extends their lifespans by almost double, and none contracted cancer.

C60 being a nano-material, readily penetrates the blood-brain barrier and into cell interiors, mitochondria and the nucleus. It is believed to exercise major effects in mitochondria.

Tom Martin, Founder and CEO of C60OliveOil.com, joined Sarah Westall of Business Game Changers to discuss the amazing benefits of C60. Hear why the entire industry sold out of the product after her interview with Clif High! (Here is the original interview with Clif - https://youtu.be/5xLrYL3rpIo)

You will learn that C60 has the potential to extend live. Hear about the amazing results and studies going on all over the world. http://peoplespatriotnetwork.com/news/health/carbon-60-interview-research/

Wiki: A fullerene is a molecule of carbon in the form of a hollow sphere, ellipsoid, tube, and many other shapes. Spherical fullerenes, also referred to as Buckminsterfullerenes or buckyballs, resemble the balls used in association football. Cylindrical fullerenes are also called carbon nanotubes (buckytubes). Fullerenes are similar in structure to graphite, which is composed of stacked graphene sheets of linked hexagonal rings. Unless they are cylindrical, they must also contain pentagonal (or sometimes heptagonal) rings. https://en.wikipedia.org/wiki/Fullerene 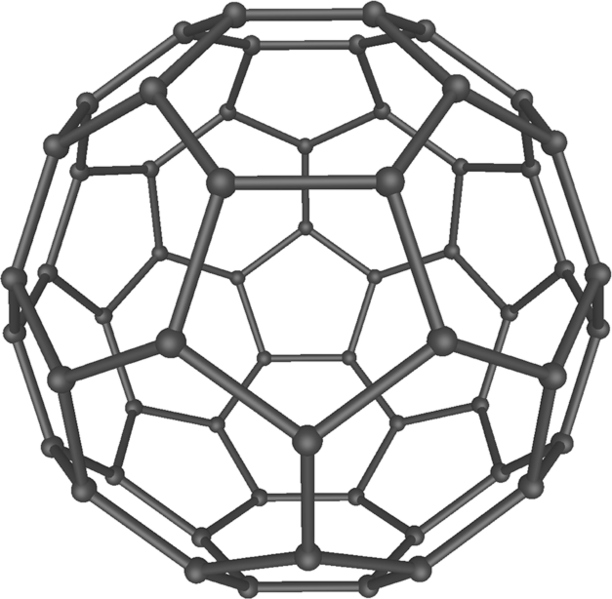 C60 is a powerful antioxidant
This point is long known and confirmed in a number of studies. From (2007) Medicinal applications of fullerenes: “Results published in 1999 have shown that fullerenes have a potential as biological antioxidants. The antioxidant property is based on the fact that fullerenes possess large amount of conjugated double bonds and low lying lowest unoccupied molecular orbital (LUMO) which can easily take up an electron, making an attack of radical species highly possible. It has been reported that up to 34 methyl radicals have been added onto a single C60 molecule. This quenching process appears to be catalytic. In other words the fullerene can react with many superoxides without being consumed. Due to this feature fullerenes are considered to be the world’s most efficient radical scavenger and are described as radical sponges (Krusic et al 1991). The major advantage of using fullerenes as medical antioxidant is their ability to localize within the cell to mitochondria and other cell compartment sites, where in diseased states, the production of free radicals takes place. — Experiments on rats done by Najla Gharbi and coworkers proved this remarkable trait. They showed that aqueous C60 suspensions prepared without using any polar organic solvent, not only have no acute or sub acute toxicity in rodents, but also protect their livers against free-radical damage (Gharbi et al 2005).” Source

Congratulations @ppnradio! You have received a personal award!