Angel Ramon Medina is the author who writes faster than I get to read his books. He is the unstoppable writing machine and in less than past three months he has published his two new books! And as I write this, he is working on his new book. Crazy man, I tell you! Crazy in a good way.

If you like aliens, grab the last sequel Life's a Beach Expansion Pack Story of his The Thousand Years Wars series. If you like zombies, dig into the plagued action horror Angel's Nightmare Adventure 3: Nemesis.

On a second thought why choose between any of them? Just read both books!

If you have followed this indie author from his first self-published books, you have noticed the advancement in his writing and style. With these two new books, Angel did one more step forward toward his old/new Videogame/LitRPG/GameLit genre. You may ask yourself what the heck is that? It's best we let Angel tell us in his own words.

"When you think of a GameLit book whether it’s LitRPG, LitFPS, or whichever sub-genre, you think that the story mostly takes place in a "video game" world. The term GameLit is coined as a genre that has elements of a video game and we know that video games are not "real life". In other words, most titles in the genre have no real consequences in the real world since they take place in a separate virtual world." (From his article Gamelit/LitRPG – The Real Life Connection published on greatlitrpg.com, January 23, 2018)

Video games are not for everyone (I am not too big a fan either; if I have to choose between a video game and a book, books will win by a hundred to zero percent) but that doesn't have to concern you. His books are readable and fluent also with the GameLit touch, in a way adding to them being even more interesting.

Life's a Beach Expansion Pack Story is set in Puerto Rico and its story carries on from the events of the first book of The Thousand Years War series but you can read it as a standalone. While Angel and Maria with their new mates Ben and Steven are on a vacation in Puerto Rico, the gloobas summon their forces using the virtual world and strike again in their attempt to take over the world. Reading this novel after the actual catastrophe that in 2017 hit the whole island of Puerto Rico with hurricanes Irma and Maria is a bit an awkward and bizarre experience. However, Angel Ramon Medina, who survived the wrath of both hurricanes, has every moral right to plummet his fictional island into another ice age, freezing it to change the climate on the whole planet.

If you tasted the smell of explosions, scare and unease of Resident Evil while reading the first two books of Angel's Nightmare Adventure, the third part of the series Nemesis will catapult you there. The biggest change in the last sequel is that Angel is gone (lost somewhere in Croatia) and his girlfriend Maria is left to fight zombies and many other creatures that escaped from Hybrid's underground laboratory without him. Surviving the second zombie outbreak put her capabilities of survival to another test after she finds her family murdered and the whole of New York City faces the biggest threat ever.

If you like to be scared and thrown around by unstoppable action, those are the books for you. Angel Ramon Medina offers little compassion to his heroes and villains, sacrifices are given and taken with each turn of the page. 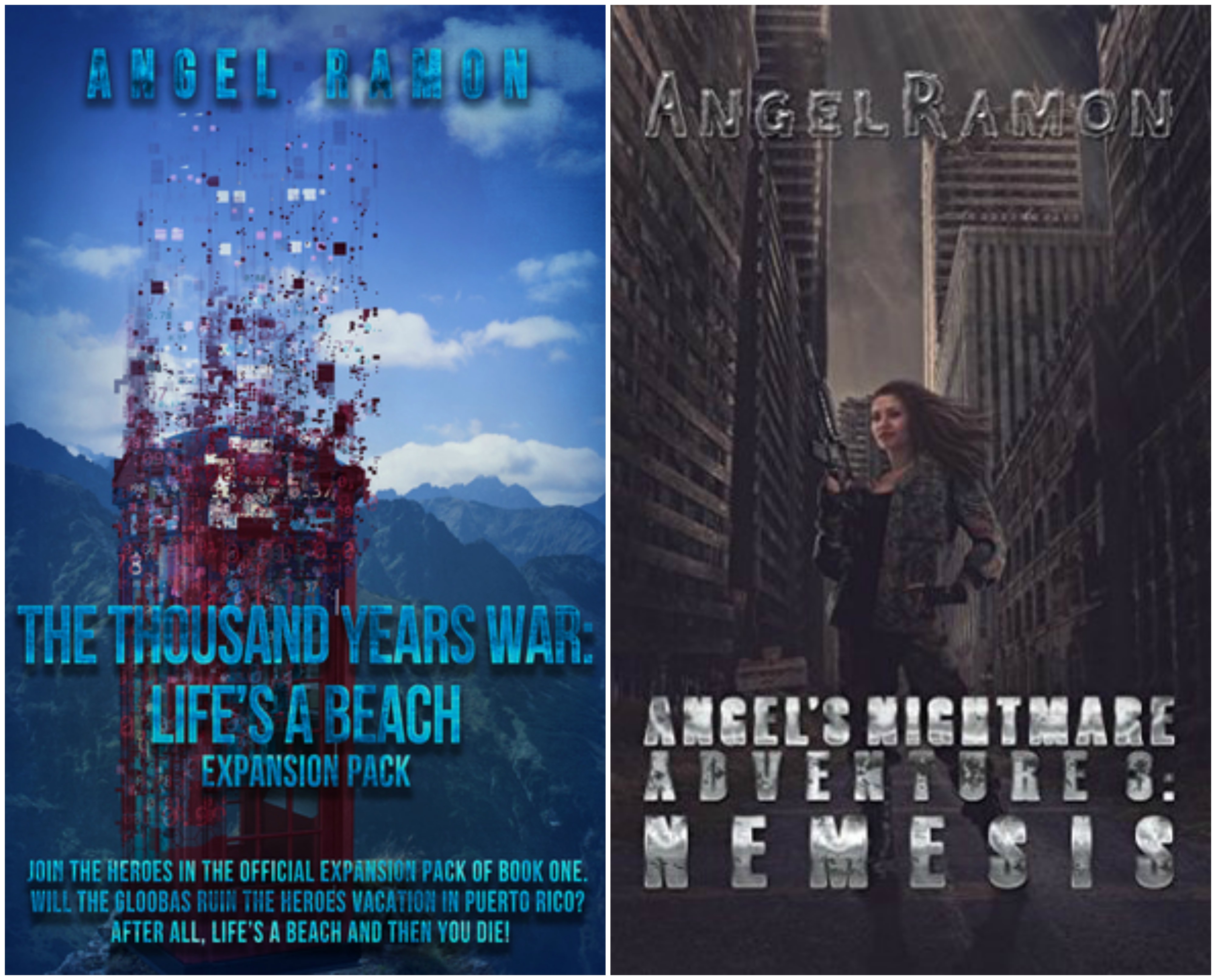 Thanks for the wonderful review bro!

whether this will be in the movie righ

I'm the author and I'll try to get it into the movies lol. No promises though :) When you can you should give the book a try. I might write a screenplay and try that.

That is a positive thinking! 😉

I don't think so but I am not the right person to ask that. Who knows what plans the author has with his books. 😉

it is great, nowadays reading a book other than course books is sounding strange for me because people have less time for reading the books. and in spare time they watching either videos or films. :)

Reading is an excellent activity, even for me who loves video games.

I know what you mean! I love reading and I also barely find time for that lately because of the publishing my own work. I am happy when I grab a few hours to dive into the books and escape from this reality world. 😊

Nice to see a gamelit post here on Steemit. I've written 'fountellion' which is a video game story set in the natural world.
More challenging maybe, and more speculative. but if there's one video game i've always wanted to play, it's one based on nature, where players learn about their relationship to it, and about managing their energy, survival, and powers.

A video game doesn't always have to be far out. !