"HOW I MET"... BOBBY BROWN IN THE 90's , AND ALMOST BROKE MY LEG , Photo of the meeting and the entire program of the tour 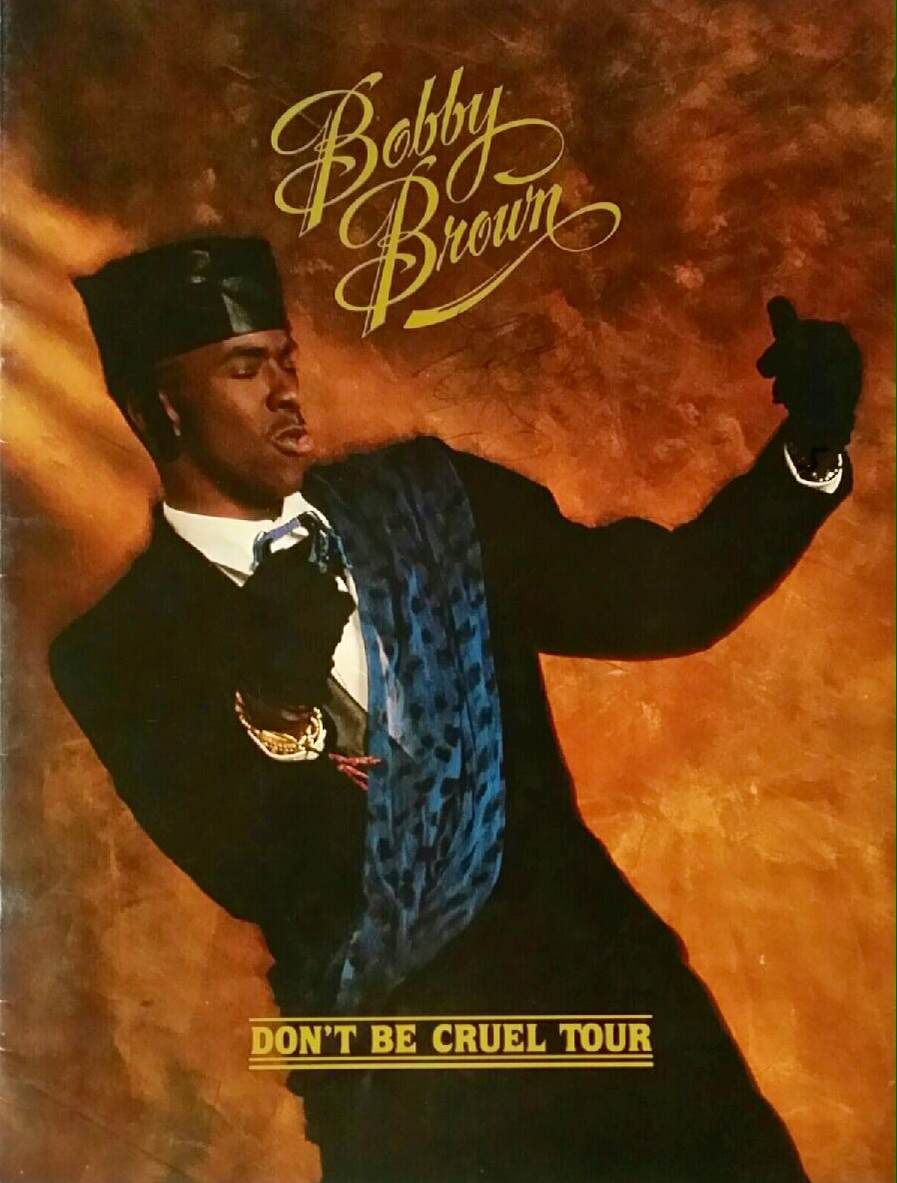 I really, I had planned to tell you how I had met almost the entire Jackson family when I was young and fan. Unfortunately I can not get my hands on the most interesting photos, from my meetings with Katherine Jackson, Jermaine, Tito, Latoya (yes very gorgeous at the time)
I would find them, promised, and I would make a post by the way.

I met bobby brown, it was at the dawn of the 90s, bobby brown was betting for the promotion of his album :
"Dance y'a know it"
It was also part of the gostbusters 2 soundtrack and was in full swing.
He was on tour in France to present his "DON'T BE CRUEL TOUR".
He was young handsome, with a crazy talent, a lot of energy, and he had of course not yet met our dear beloved:
Whitney Houston (RIP)

Me and my friends were fan, and had already booked our concert place, it happened the : May 23 1990 The great day arrived, my friends and myself, waiting almost every afternoon in front of this concert hall, to be sure of being in the front row.
After hours of waiting, the door opened ...
We all started to run, in order to make parties of the first to enter the room.
We climbed at full speed a climb, and it was at that moment that I felt my knees doing: CLAK CLAK.
I did not immediately feel pain, and continued my course.
The concert begins, I am at the first, surrounded by groupie who screams, bobby brown enters scene.
He took me 20 minutes to feel a strange sensation in my knees, like the impression that my knees no longer held, and bent in the opposite direction of my joint, very scaring.
I immediately asked for help, to the security staff and finished the concert in the stands.
The concert was incredible, bobby was at the top, his dj killed the turntables, and it was he who made me want to become dj.

I found the official program of the tour, it is a pleasure to let you discover , here it is : 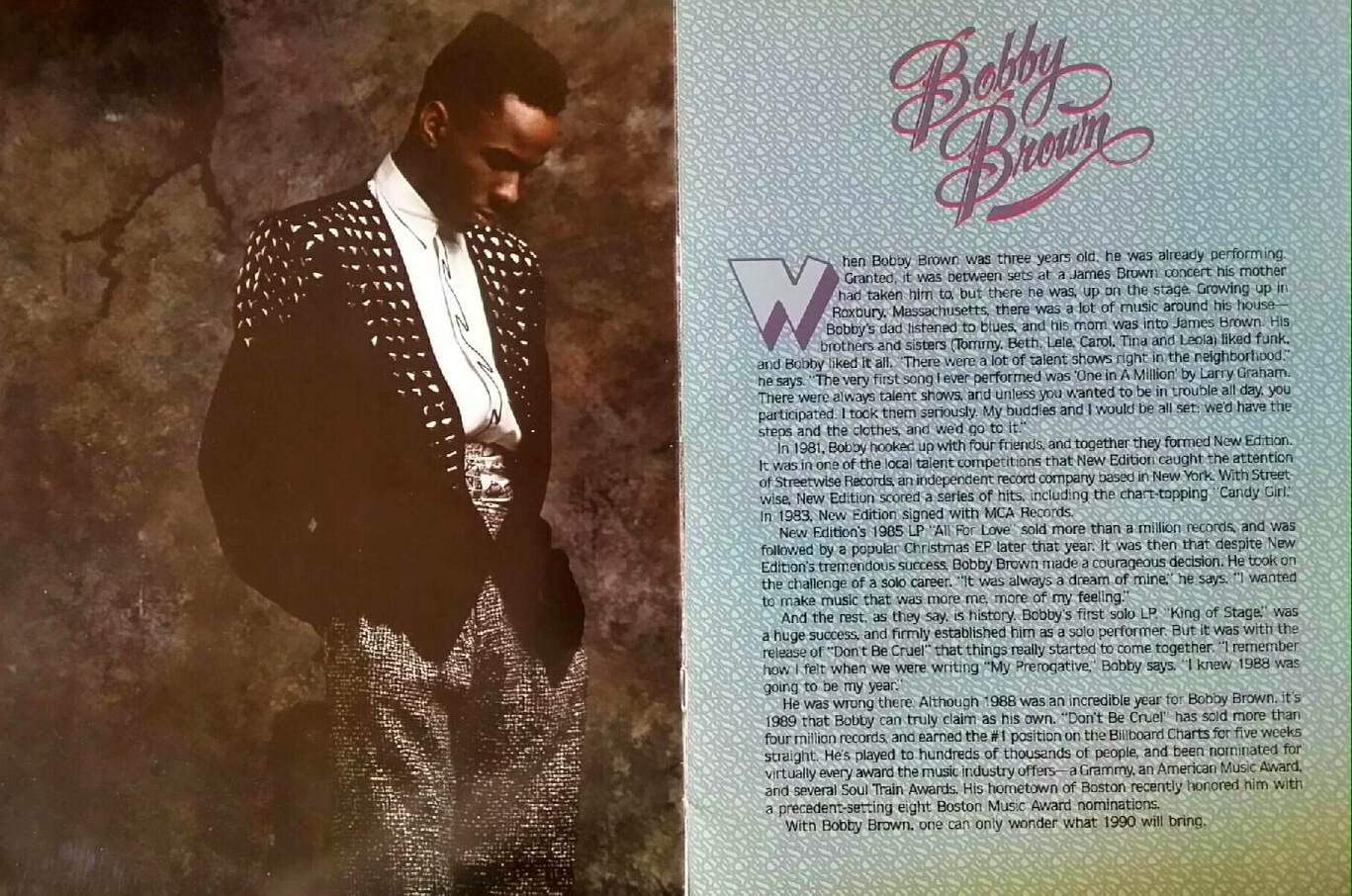 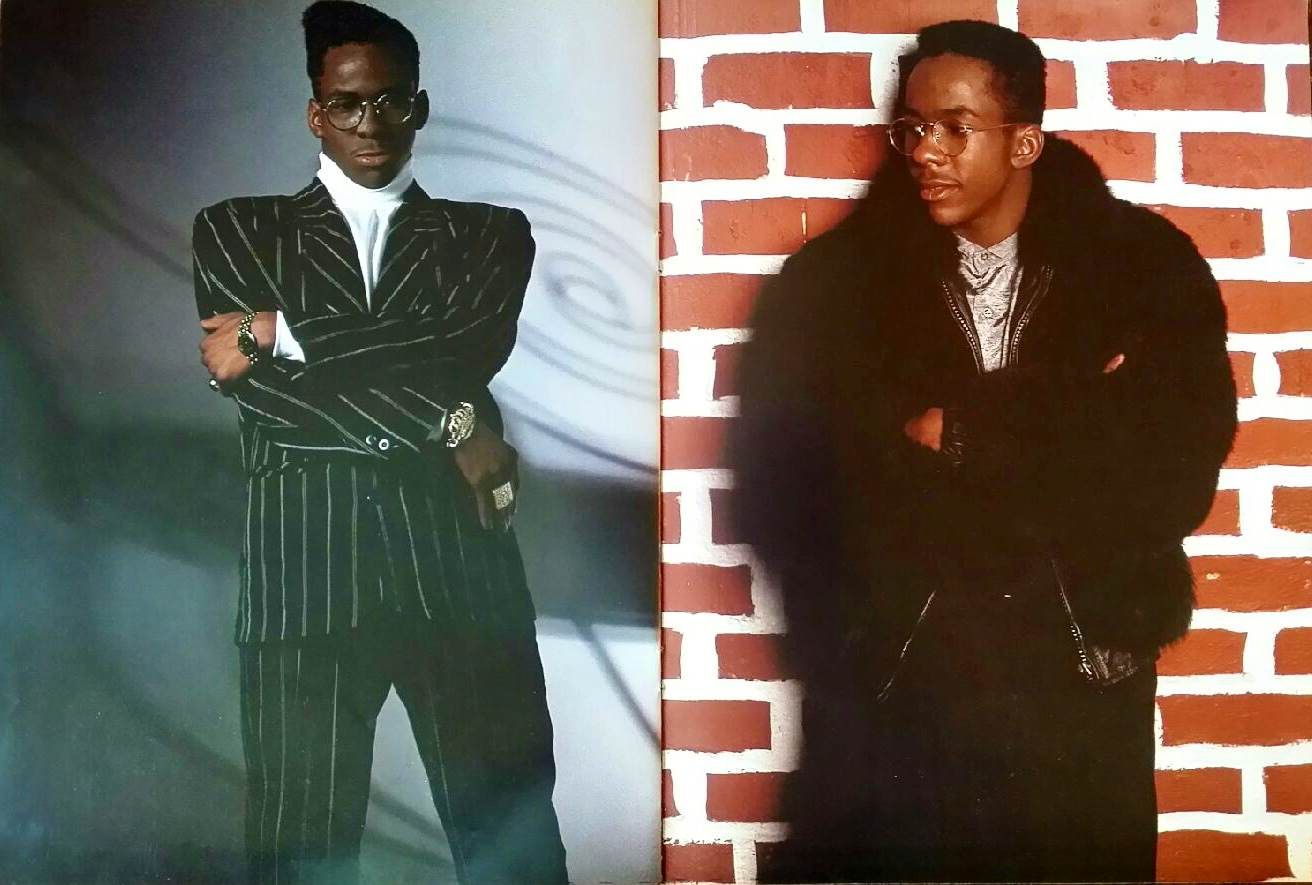 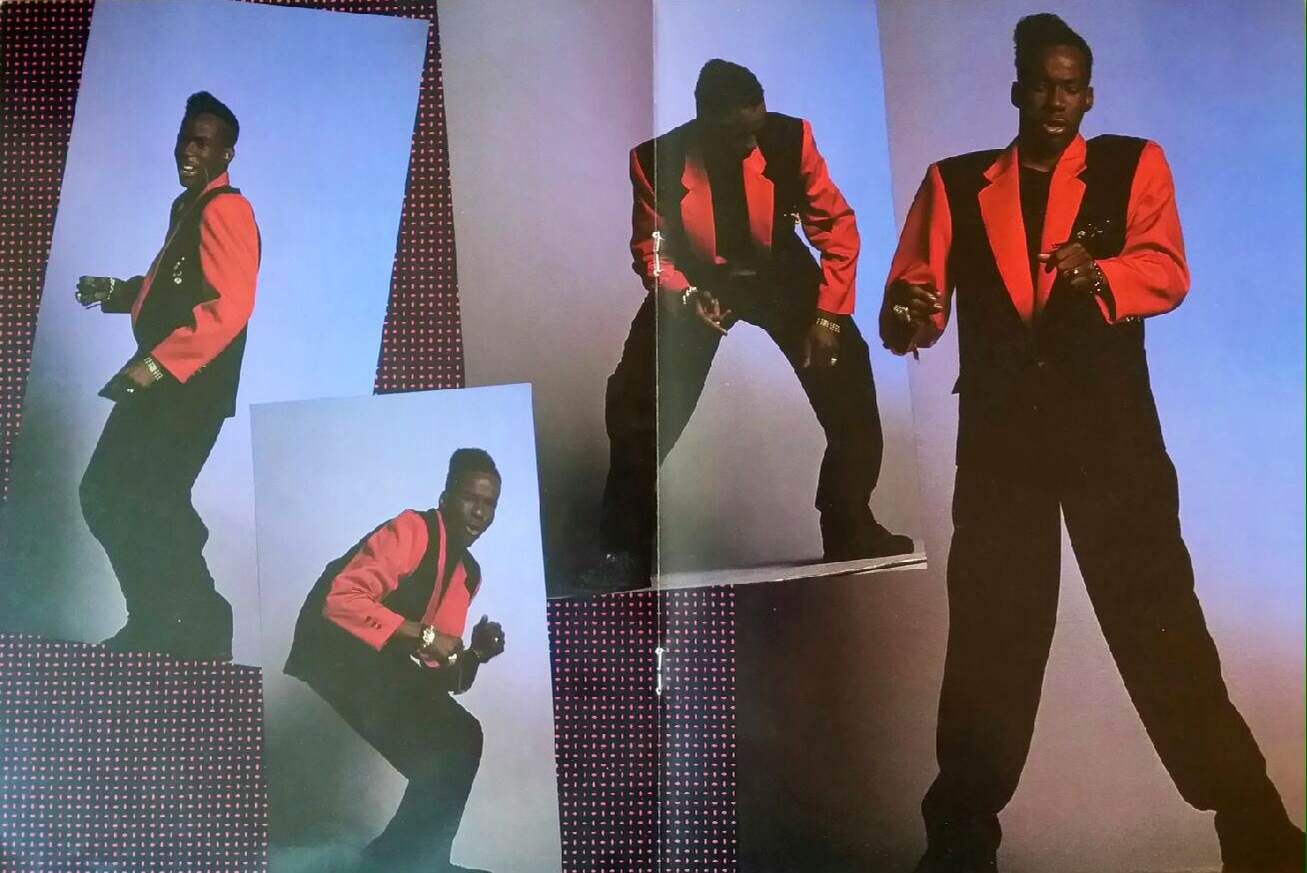 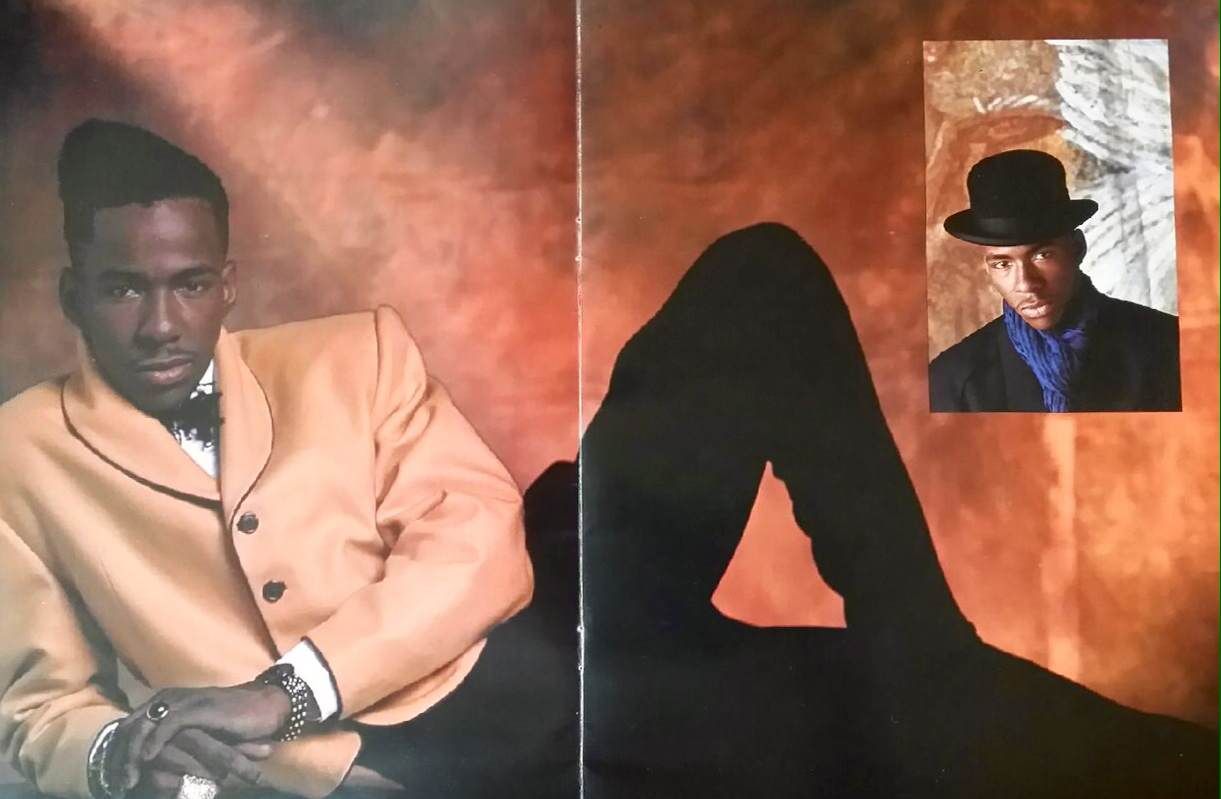 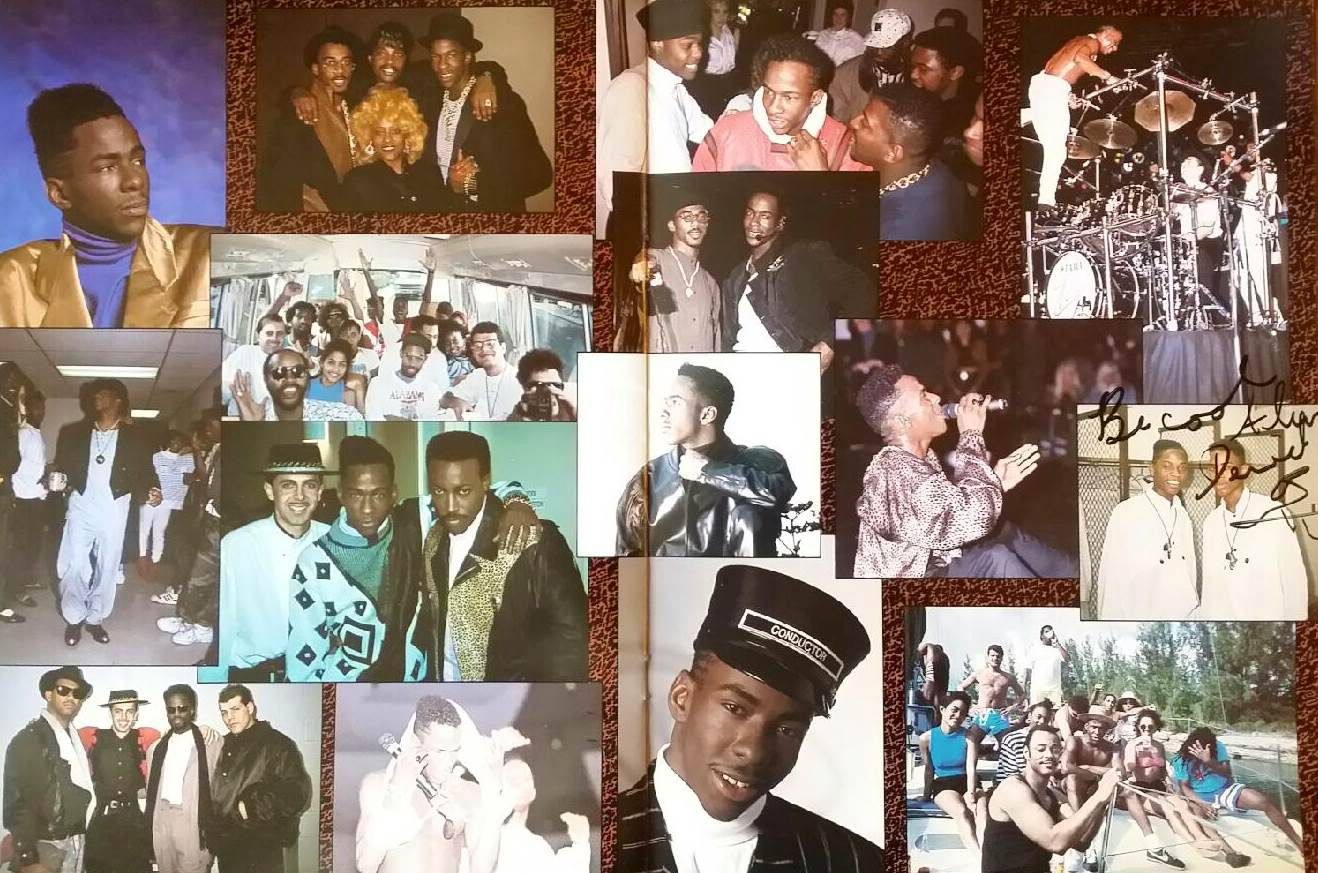 The whole staff signed my program the dancers, bodyguard, dj, and of course Bobby brown in the center of the photo

The concert finished, my friends and I even decided to go very quickly to the hotel Warwick on the fields elysée, in order to succeed to meet bobby brown and get autograph and photos.
My friends was getting ripped off and I started to feel a very strong thief who prevented me from walking properly, yes I had a sprain ...
I am still arriving at the hotel and bobby brown and arrived a few minutes after me, what a luck!
Some fans were already there but I managed to attract his attention, he immediately asked me what had happened to my legs,
I told him that I was hurt at his concert, it was Really sorry and immediately offered to take a great picture of him and me, it was a wonderful and unforgettable moment, ilet you admire this memorable photo and the joy on the face of this kid, that I was... 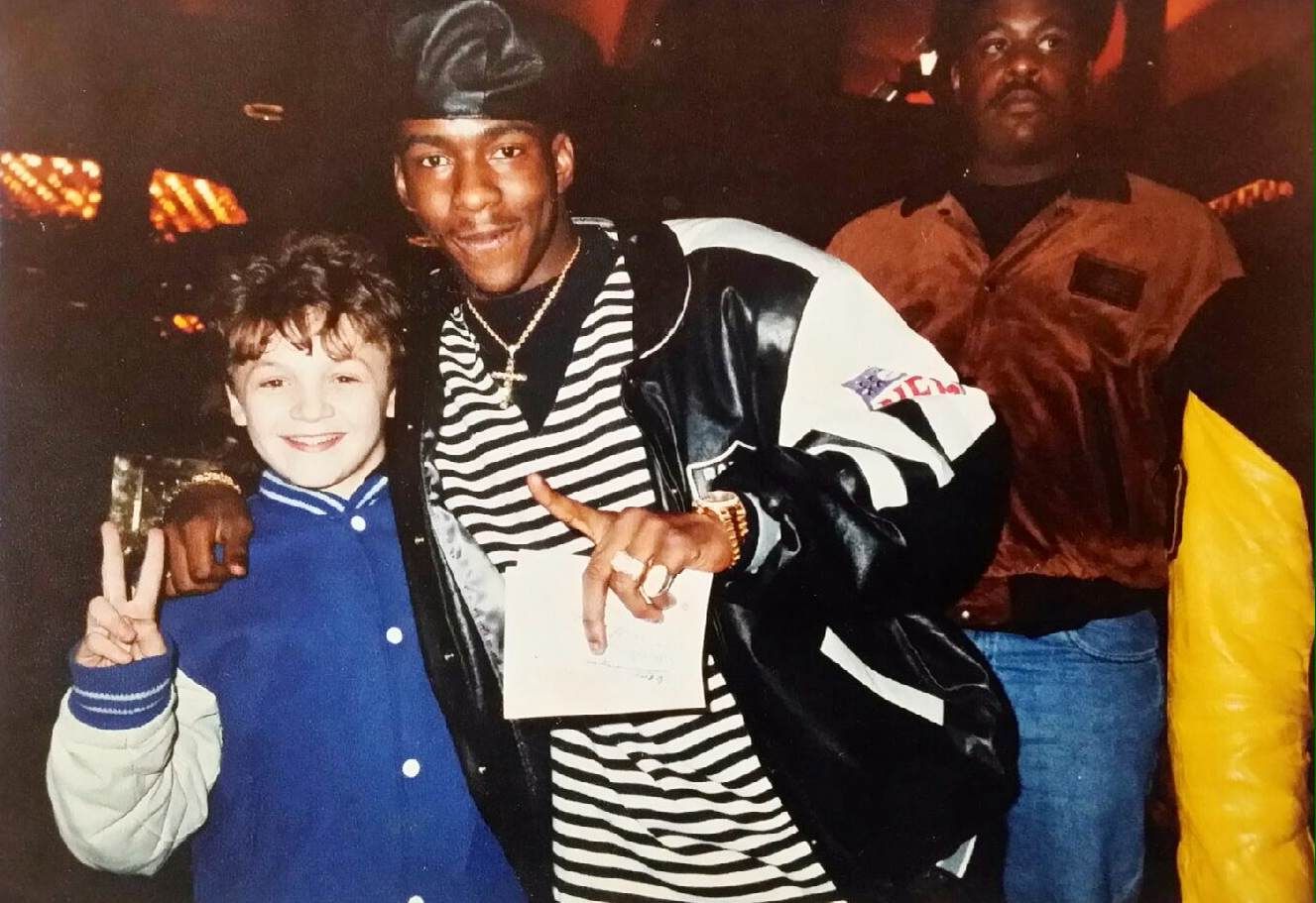 Bobby Brown and me

I hope that it is nice memories and precious photos and documents will please you...

And you know the rules , don't hesitate to comment and upvote... Give me the steem force

Thanks , very happy you liked ;)
And thanks for upvote ,support and follow ;)
@geemo-from-paris

I agree, so good! Only 9 votes? Are you fucking kidding me steemit? :) Nice that you told me about it geemo, hope paris is still standing and you have the best day possible!!

@shla-rafia
HAHA Thank you very much my friend...
Yes i'm sad because i post it about 11:49 PM and this time there was not much people connected...
This will serve me as a lesson ;)
Thanks for support and upvote :)
Not a nice weather in Paris but everything is fine thanks
I do not return the question because you live in paradise :p
I hope everything is ok in Island , i really hope to visit your country one day

I just had a break from taking a break. Vacation.

@shla-rafia
Of course ;)
where you are ?

On an archipelago in the Atlantic between America nd Europe :)

Such an amazing story and experience

@tattoodjay
Thank you really much my friend

Congratulations @geemo-from-paris! You have completed some achievement on Steemit and have been rewarded with new badge(s) :

Congratulations @geemo-from-paris! You have completed some achievement on Steemit and have been rewarded with new badge(s) :

Thanks @bruzzy
Happy you liked ;)

What a story... It sucks that you had to go through that while you having fun but at least it wasn't worse and you managed to get a picture with him :)

@generation
Really happy that you enjoyed my story,
Yes after the pain, a beautiful meeting
The days that followed were more pleasant, the head in the stars...
Big thanks for your upvote
@geemo-from-paris

What a great story !

@achimbornemann
Thank you very much
it's my pleasure
Happy you liked ;)
Follow me for the next episode ;)
Peace
@geemo-from-paris

@dorman
thank you very much for your attention and support
YES I accept it my friend , let share this post ;)
@geemo-from-paris

Nice story man! Cool that you still​ have this picture with you guys together.

@goodmindset
Thanks my friend, happy you liked
Yes I'm lucky I found everything after more than 20 years
I had preserved them preciously ;)
Thanks for the support and upvote
See y'a soon ;)