verimedigital (27)in #blockchain • 3 years ago 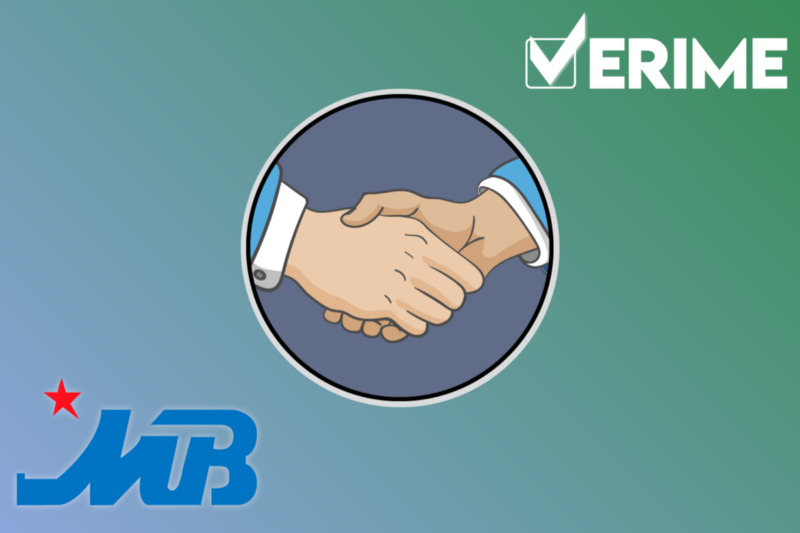 In a move that was fructified last week, Military Bank, one of Vietnam’s largest bank, announced its partnership with VeriME — a blockchain based “Verification as a Service” [VaaS] provider, for conducting digital identity verification of its clients.

This move, which can be described as a one of the major milestones for VeriME, came shortly after the company clinched a key deal with Pundi X — a cryptocurrency POS solution provider. Leveraging their D-KYC, Military Bank aims to optimise their customer verification process and to make the whole process of onboarding smooth as well as seamless.

Major banks of world are facing challenges when it comes to customer identity verification as well as client due diligence, as the entire process demands extensive resource allocation, be it in terms of money or time. An upward of 40 million pounds is spent by banks in adhering to KYC guidelines as well as PDPA regulation set by local governments, as reported by Thomas Reuters Annual Survey.

“In this age of digitization it is a shame that we are still utilising outdated means of manual KYC verification which are not only costly but are highly complicated. Partnering with VeriME we are trying to be the first of the many banks across world to shun old traditional verification practices and adopt a smarter method of identification and verification.” said, Mr. Vu Thanh Trung, Head of CEO’s Office at Vietnam Military Bank.

Military Bank, listed in 2011, is the sixth largest bank in terms of capital assets in Vietnam, and the fifth largest lender in the nation. The bank holds almost VND 297 trillion in total assets and VND 18.85 trillion in capital making it one of the most influential organisations in the Vietnamese economy.

“It gives me a great honour to announce Military Bank as our newest partner. With their support as well as trust on our vision, we believe we are on the right track of transforming the identity verification and authentication industry.” said, Nguyen Hoa Binh, Co-founder, VeriME.

A Singapore based organisation, VeriME, offers blockchain based identity verification services, removing all intermediaries from the process. The company has successfully raised 7 million USD in its pre-ICO campaign, and has partnered with 25+ top companies across globe, offering them seamless customer identification within seconds.

To learn more about VeriME and its upcoming tokensale starting on 1st March, visit: https://www.verime.mobi/ico

You can also find VeriME on the following social media channels:

#blockchainstartup #kyc #blockchaintechnology
3 years ago in #blockchain by verimedigital (27)
$0.00
Reply 1