Fees Collected on the BitShares blockchain through April 2017

To assist BitShares stakeholders with understanding the source and quantity of fees that are collected by the network, a report has been prepared that covers the collected fees since the blockchain's inception in October 2015 through April 2017. Note that the fees collected are the fees paid by users for operations that they submitted. A summary of the report appears below. 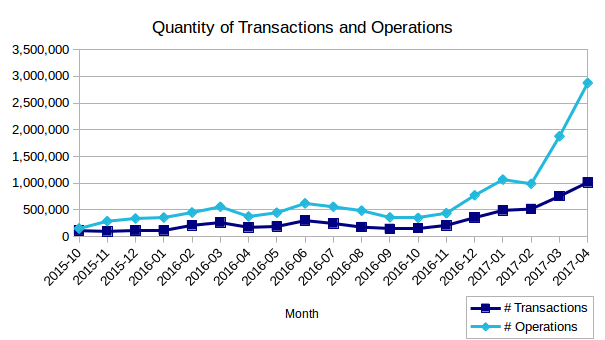 During the month, 2.97 million BTS were collected for 2.87 million operations (within 1.01 million transactions) on the blockchain.

The leading distribution of BTS feed collected for operations were as follows:

If there is sufficient interest, this report could be produced periodically. Please let me know in the comments below.

Having monthly reports like this one would be awesome!

This tels me bitshares is being used more. I bet that graph spikes up in the first 2 weeks of may.;)