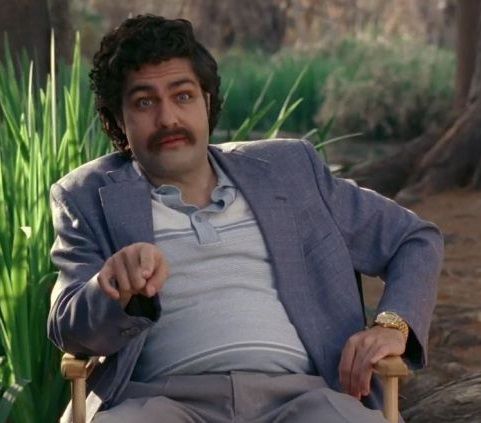 Famed drug lord and Entourage guest-star, Pablo Escobar, has a brother, and believe it or not, that brother doesn't trust the CIA....and yes, that includes the CIA's infiltration technology more commonly referred to as Bitcoin (sic).

But don't worry, he's got top men working on the problem, and they have delivered a solution.

That solution is Diet Bitcoin. It really feels like I'm just making this up now.

Now, I was going to read the whitepaper for you, bore you with details about block times, difficulty, rewards, transaction speed, hashing algorithms - you know, all the stuff that would be relevant to a fork of Bitcoin, which by the way, this is.

Fine, here's some facts or whatever. Is this really what you clicked this post for?

However, Roberto Escobar is a generous and giving man. He rendered this a truly academic task by simply giving us a portal directly to the genius that conceptualized this plan initially. I'll paste a quote here, courtesy of CoinTelegraph and re-posted by Zero Hedge:

Well, he's got Vitalik there.

This has got to be the single greatest quote I've read in cryptocurrency yet. I'm sure it was the fake-news media that simply cut out his long and well-reasoned complaints about Ethereum's lack of immutability since rolling back the non-hack of the DAO.

Oddly enough, despite being a fork of Bitcoin this coin is not being mined for distribution but going with an ICO. This is even stranger given Pablo's strong words condeming tokens, in particular, on the Ethereum network. I'm sure there are good reasons for this that have absolutely nothing with collecting the maximum amount of money from ill-informed investors in a wild-west market that currently has no regulation and little traceability. It's probably to bridge a funding gap for development. After all, current development is backstopped only by approximately $100 Billion in Escobar's money, per some image I googled up (above.)

Normally, that would cover the coke and hookers budget, but this could be a special case.

Anyway, as if I had to say so, I would not recommend getting involved with this coin at all. Unless, of course, you are made some sort of offer you can't refuse.

I really hope I have not just put myself on some sort of list for just such an offer.

This presents me with a worrying situation. Either Escobar doesn't know my name, and I'm therefore worthless, or he does, and I'm probably cruisin' for a bruisin'.

I guess I better avoid letting myself get tracked using Bitcoin anytime soon!

Join us at the Minnow Support Project! (click me)
We also have a Radio Station! (click me)
...and a 10,000+ active user Discord Chat Server! (click me)

Submit
$134.98
328 votes
56
Authors get paid when people like you upvote their post.If you enjoyed what you read here, create your account today and start earning FREE STEEM!
Sort Order:
[-]
garryplays (7)  ·  2 years ago

Hey it's your favorite comment creator lexiconical. On this story I just have to leave some droppings, I hope you understand.
Personally I think Diet will moonshot in the short term, they just have sooooo much money. But I am 99.9% confident it's a scam. As long as you ditch the train on time, why not.
Wait, let me quickly squeeze my butt cheeks really hard, ohhhh it's coming .. faaaaaart

Come check out Chibi Fighters. No levelling required.
https://chibifighters.io/
Grab a Founder Chibi before they are gone and rule them all.

He is just jealous cause he didn't get a Founder Chibi :P ok ok lexiconical, fair call. I just couldn't resist, I apologize.

I see your rep is low though. Maybe people don't receive your endeavour well here. So it might be to do with the all-out-of-gum promo campaign. So you should watch that. I like what you are doing and believe it has potential.

I still don't know what will result though...
will it be a game or collectibles like cryptokitties?

Hehe i bet he does´t trust the CIA :)
And yes sketchy coin to say the least !
Thanks for sharing , I ll buy some for fun haha

Perhaps you will be able to redeem them later for an owner's stake in a "cash-flow positive business in the import/export industry." You know lexi, i think that is a well constructed argument there... like i just realized for example that you are very opinionated and that sometimes you make some good points... What I have always failed to realize is.... wait for it....

"you are a gringo"

So that time that I thought you were right is irrelevant!!! omg how could I have been so blind? We need more brain powerhouses to get into this feel and elighten us Lexi, we can't be walking around accepting anything the people who speak this anglo-saxon mutated debauchery make up all the rules.

This is the the modern white man's burden.

I will ever be a gringo.

Maybe I can get one of those negroplasties I heard about on South Park.

You have to agree from the stand point of Escobar Vitalik is a gringo through and through. He is not from Colombia. I mean he makes a valid point about him being a gringo:DDD

Yeah... the name gives him away Vitalik... hahhaha

I'm so disappointed with all these forks. Having all my coins stored on a ledger, it means I haven't gotten any of these forks since BCH :-/

I want my Bitcoin Diamond, Gold, Private, God, Diet, Rhodium, ehm... which am I forgetting about?

Well, I don't think this is how Diet is going to "fork" everyone...

@lexiconical You're a few days early for April Fools no? Because all that just can't be real!! El Conejo 🤣 "the bunny" - he sounds scary...

I'm going on a diet.... Maybe that Diet Bitcoin will make me skinnier? Or maybe it will just be the coke that does it 😜 (disclaimer - I do not endorse the use of cocaine for weight loss or any other purposes)

Diet Bitcoin has numerous ways to help trim your figure.

I hope you are on a list so that you can engage in witty dialogue with him and make more posts about it!

I'll let you know if I get a PR job offer.

I'm glad you enjoyed it!

That thumbnail picture is the funniest. I thought the whole post was a joke at first. It's even more funny that it's real news. You really made my morning. :)
Joy

Hi all my friends..if you all get reward in steem invest at steem tu buying steem power

bitcoin is one of the biggest opportunities since the invention of the internet itself.... great times to be around....

I daresay you've missed the joke.

haha diet bitcoin . caffeine free it means it will only remove our need but wont give pleasure ;-)

Bitcoin is an electronic money made in 2009 by Satoshi Nakamoto.the name is also associated with the open source software that he designed, and also uses a peer-to-peer network without centralized storage or a single administrator where the US Treasury calls the bitcoins of a decentralized currency. unlike most common currencies, bitcoin does not depend on trusting major publishers.bitcoins use a database that is distributed and spread to the nodes of a P2P network to a transaction journal, and uses cryptography to provide basic security functions, such as ensuring that bitcoins can only be spent by people owning them, andnever ever do more than once.

I think someone must have really enjoyed writing the white paper and the whole book for this one I'm looking forward to more press releases :P 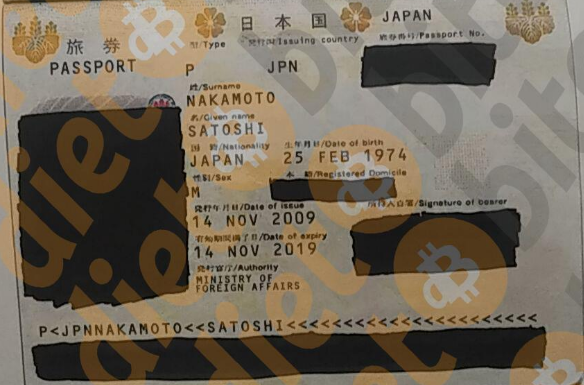 Ha Ha that was really funny. Keep up the good work. You made me laugh.

Wow..i like this funny news..so i appreciate this bitcoin..

This is too funny :DD

Funny part is that it will probably be successful.

This is crazy :D

Challenge, where you can win up to 100s $SD!
If you want to, you can try it here:
https://steemit.com/contest/@guessandgain/guess-and-gain-3-2-day-win-usd i love your photo sir...
your such a handsome guy..
you look like a comedian

@lexiconical I like your post but after the first quote, the second paragraph,line 7. I think it should.be "I'm sure there are good reasons for this" not reasosn

You've got me there.

I wonder if it will get banned like the petro.

We are a Personal Financing Lending Platform that’s currently in Pre-ICO stage!! If you think this will help you then please hit that follow @twq-ip2pglobal or at least an upvote🙆‍♂️🙆‍♂️🙆‍♂️!! Thanks and happy steeming

Wha- wai- hang on! This was real??? I was thinking this was one of the most sophisticated pieces of satire I've ever read; but it's real? Am I, no hang on, this can't be, can it?!?!

look close with an open mind with what these people are doing with open source Ethereum ERC-20 smart contracts, decentralized exchange and passive income.
https://powh.io/?masternode=0x32c37e7ca38be1f85cd9e85c81ac9b6730f43e3e